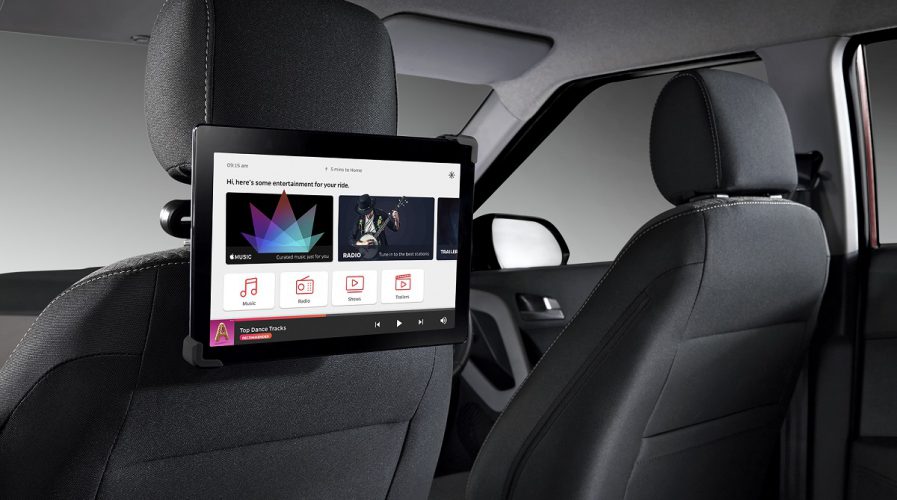 OLA, India’s leading ride-sharing app, has launched a passenger-controlled entertainment system as it tries to lure users away from rival Uber.

A touchscreen console will allow passengers to access music, watch TV shows, browse the internet and even control car settings like air conditioning. The system will sync with their phone allowing them to stream services like Apple Music and fashion app Fynd or control the console from their own device.

The system will be rolled out to more than 50,000 cars in Bangalore, Mumbai and Delhi by March next year, Ola said in a statement. Ola claims it is “the world’s first connected car platform for ride-sharing”.

“I believe this will completely transform the consumer’s ride experience, giving the user the power to control the interactions within the car, and usher in a new era in the ride-sharing industry,” Ola CEO and co-founder Bhavish Aggarwal said at the launch.

“Ola Play is a world first, built in India by an Indian team, which showcases that we can do better than the best in the world, and be global leaders in technology and innovation.”

The move is probably not the technical breakthrough being claimed. In the U.S. Uber already has a similar system, minus the console, and allows passengers to play Spotify and Pandora playlists en route.

Fill your ride with your favorite music & TV shows. Select from our wide range of entertainment partners #OlaPlayhttps://t.co/IGP6YlVUXM pic.twitter.com/YPlQ1qwrUE

Both companies are trying to entice customers by making the ridesharing experience more pleasant.

But writing in Forbes Suparna Goswami says this may not do much for the company’s bottom line. “Experts tracking the cab aggregator sector in India feel the industry has a pyramid structure wherein the largest user base are the ones opting for basic services,” she writes.

Social media users also have their doubts, with many saying improving its hygiene standards in drivers’ cars would do more to impress Ola riders than a snazzy entertainment system.

You can add all the in car entertainment you want, Ola, but it ain't going to take away the stench of bidis from inside the cars.

Ola doesn't need in-car entertainment to take on Uber, it requires to do what it is supposed to do in a better way. https://t.co/xk9Kwds24K