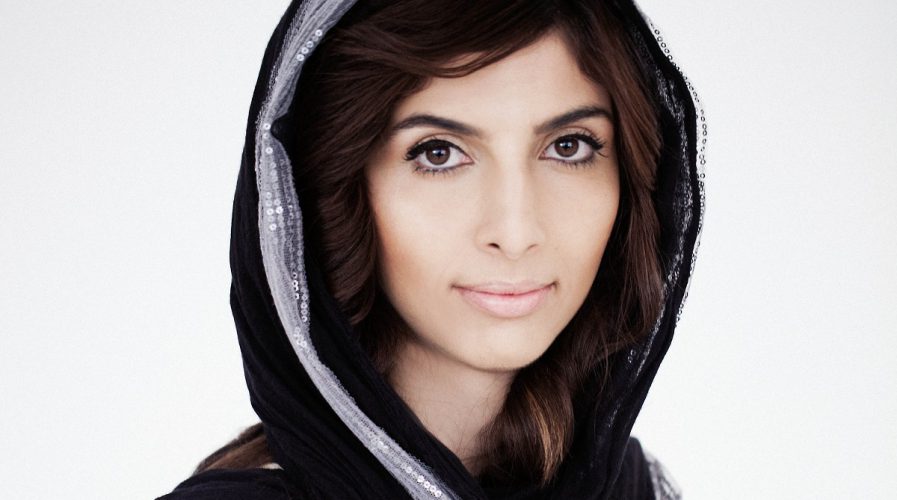 Roya Mahboob on breaking down technological barriers for women in Afghanistan

FROM starting life as a refugee to being named one of TIME Magazine’s 100 most influential people in the world, Afghan tech entrepreneur and philanthropist Roya Mahboob has come a long way. She puts it down to the power of technology and is determined to give other young women the same chance she had.

Mahboob spent her early childhood in Iran after her parents fled the Soviet invasion of her homeland in the 1980s. They returned in 1994, but their stay was brief due to the repressive regime the Taliban had put in place by then. This included barring girls from education, something her mother was not willing to tolerate.

Securing a place at an Iranian school as an Afghan refugee was not easy though. “We had to struggle to go to school and I think that made me more thirsty for knowledge,” says Mahboob. While in Iran at the age of about 10 or 12 she began to hear about a mysterious box that put the world’s collective wisdom at your fingertips. It was called a computer, but as an Afghan she couldn’t sign up for IT classes.

"One girl, one computer, one step at a time." – @RoyaMahboob. @DigitalCitizenF #women and #girlpower in #Afghanistan pic.twitter.com/sEHC9kznfj

It wasn’t until her family returned to Afghanistan in 2003 that she got to try one first hand at the age of 16 in an Internet café in her native Herat. “I was living in a very conservative society and information was very limited,” she says. “It opened my eyes to a new world.”

This early interaction with technology planted a seed. She enrolled in computer courses for women organised by the United Nations Development Programme and by 2004 had started a computer science degree at Herat University. After her degree she worked in IT roles for the university and the Ministry of Higher Education, but at the same time she was busy building her own software development company.

Afghan Citadel Software Company was founded in 2010 and Mahboob became the country’s first female tech CEO. The company counts NATO and the Afghan government among their customers, but the mission was about more than just making money, she says. More than 90 percent of the employees were female thanks to a policy of positive discrimination and female friendly working practices.

In 2012, Mahboob decided to funnel profits back into her cause and teamed up with Italian businessman and philanthropist Francesco Rulli to build ten IT training centers in Kabul and Herat to train young women in digital skills. They also started a blog and video site called Women’s Annex to give women a platform where they could tell their stories and get paid for them.

"It's not about the job, it's about giving the woman independence" – @RoyaMahboob, Afghanistan's first female tech CEO ?? #OIW2016 pic.twitter.com/zU3iudCKxk

In 2013 the pair founded the Women’s Annex Foundation – which has since become the Digital Citizen Fund (DCF) – and the charity has now built 13 centers and trained more than 9,000 women in everything from ICT and social media to advanced coding and financial literacy.

“The opportunities I had through technology helped me break down barriers. It changed my whole life. This is something I need to give to other girls.” – Roya Mahboob

Mahboob’s efforts to empower women saw her named to the TIME’s 100 Most Influential People list in 2013, but unsurprisingly, this did not go down well with the ultra-conservative Taliban who by this time were making a resurgence. She and her family started receiving death threats and eventually Mahboob had to leave the country for New York in 2014.

Despite their attempts to silence her, Mahboob remains defiant. She says technology has changed Afghanistan immeasurably since the Taliban last ruled the country. Back then there were only 35,000 cell phones in the entire country, she says, today more than 85 percent of Afghans have access to a telecommunications device.

She says the Taliban exerted controlling by stifling the flow of information, but digital technology would make it almost impossible to do the same today. “If you have one voice you can shut it down. Even 10 voices you can. But what about 100, 1000, a million? It will be hard for them to shut it down now,” she says. 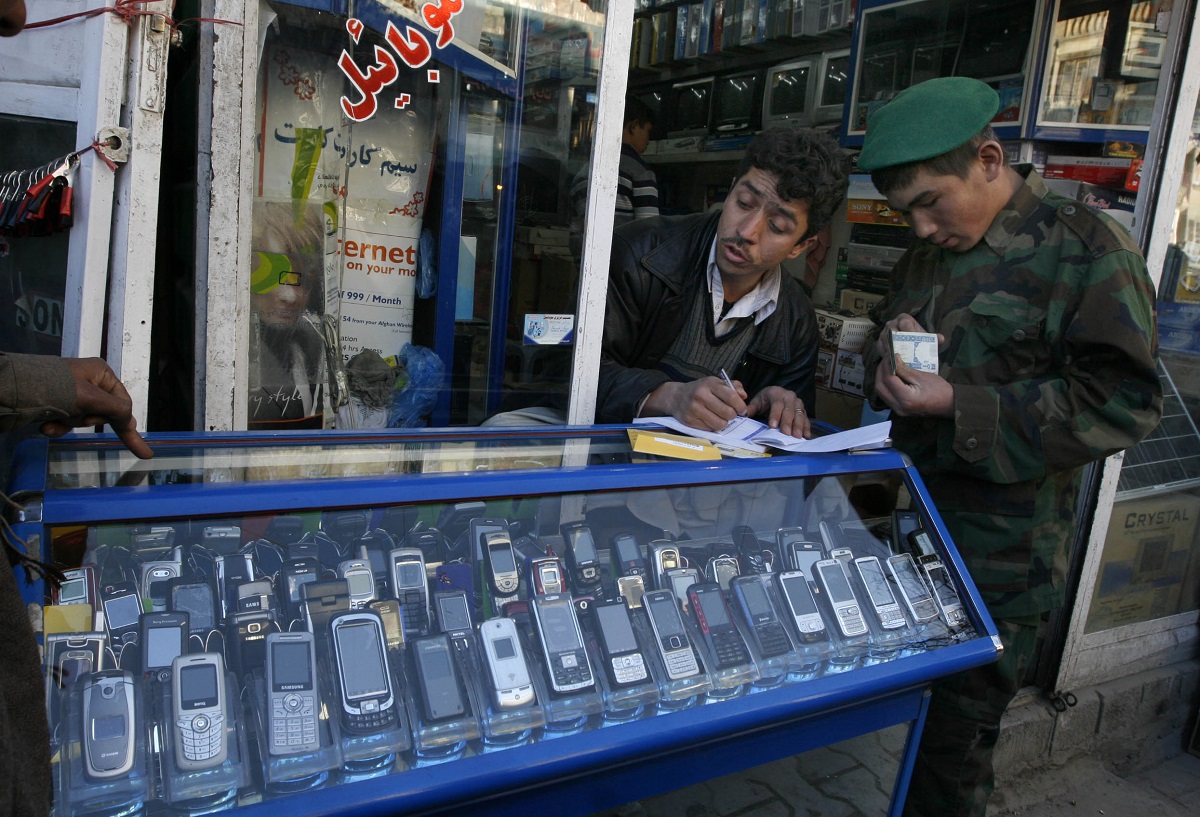 An Afghan cell phone seller writes a receipt as he chats with another customer in the city of Kabul, Afghanistan. Pic: AP

She’s under no false impressions about the challenge though, still only 10 percent of Afghans have access to the Internet and only a fraction of those are women. But Mahboob says modern communication technology can provide novel workarounds to the kind of barriers women encounter in conservative societies like Afghanistan. For example, many families are unhappy letting women work outside the home, but with the Internet it’s simple for them to work remotely.

“It’s also a chance to see a larger world,” says Mahboob. “They can travel without a passport, they can continue their education, they have access to knowledge, which is the basis of freedom. They become a digital citizen.”

Many of DCF’s students have gone on to create successful businesses. One started a handcraft business and at the age of 16 is now managing 25 people and is currently building a website to sell her products. Another created an ice cream delivery business. Her father was initially reluctant but the business has done so well he’s now sold his taxi and gone into partnership with her.

These kinds of success stories can begin to break down prejudices against women, says Mahboob, and convince fathers, husbands, and brothers that women are just as capable. She also thinks it’s vital to increase access for young men as well, because technology and education is a potent combination for broadening their outlook too.

“Technology is the link for social development and freedom for conservative nations,” she says. “This is something that’s going to help not only Afghanistan, but any other country with similar problems – a conservative culture or religion. It’s going to break down barriers and limitations.”