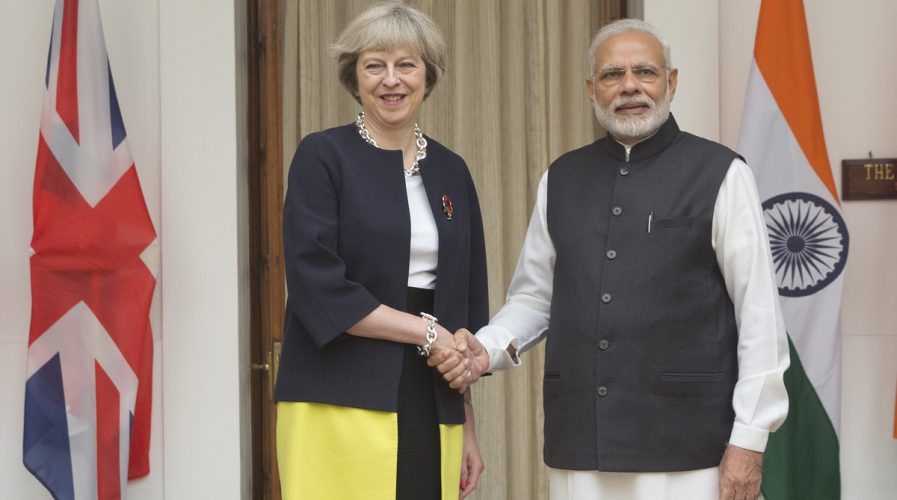 The two day visit was aimed at laying the groundworks for a new trade relationship between the two countries after the UK’s vote to leave the EU. May attended a major tech summit in Delhi on Monday and spent yesterday touring India’s technology hub Bangalore.

Indian Prime Minister Narendra Modi highlighted the importance of science, technology and innovation to the UK-India relationship and May announced that the UK will invest £160 million in 75 Indian start-ups plus another £20 million pound for a Start-Up India Venture Capital Fund.

SEE ALSO: Britain’s PM Theresa May to head to India for Indo-UK Tech Summit with 250 in tow

But just days before the visit the UK announced more onerous rules and increased fees for visas used mainly by India IT workers. Modi called on the UK to relax travel restrictions for Indian businessmen and students – whose numbers have dropped 50 percent since the removal of a two-year post study work permit in 2011.

In return May offered streamlined visa processes for top executives, but made it clear that future relaxation of visa rules would depend on increased efforts to remove Indian illegal immigrants.

The lack of flexibility on visas was criticized in both countries. “Technology is global today and restrictions like this, which prevent great talent from working globally, will inhibit competitiveness of the UK industry,” Karnataka Industries Minisiter R. V. Deshpande told the Economic Times ahead of May’s visit to state capital Bangalore.

Times of India dubs PM as "Muddled May". Questions how UK can have closer ties whilst blocking Indian professionals! https://t.co/LkRu2vrYdF

In open letter from the two countries’ top tech trade bodies, NASSCOM and TechUK called for the government to reconsider the recent changes “given the high levels of business uncertainty for our sector caused by the decision of the UK to leave the EU”.