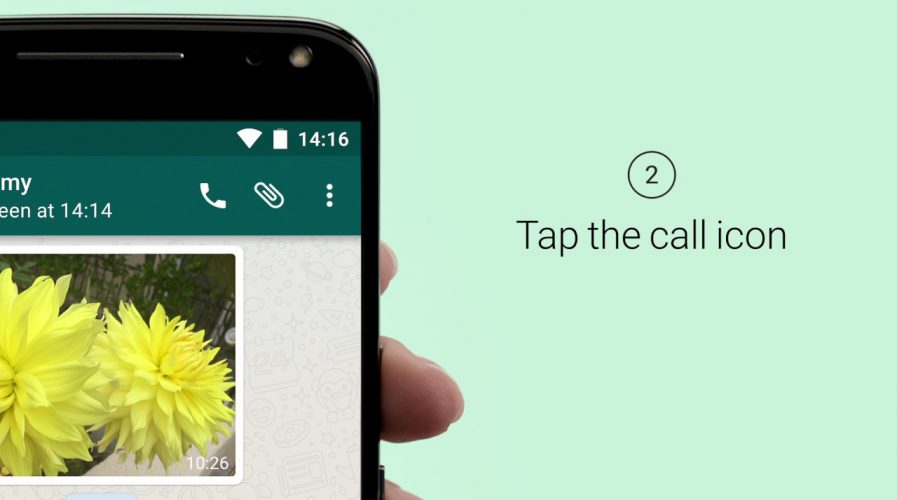 WHATSAPP has now joined the ranks of FaceTime, Skype, LINE, and more with a video-calling feature for its over one billion users worldwide. However, only a handful of users have experienced a beta version of the feature on Android and on Windows Phones currently – which means a wider introduction is imminent.

The feature, announced on the WhatsApp blog, is simple to use. As with a voice call via the app, users tap on the phone icon at the top of a conversation and will be presented with the option of either a voice or a video call. Tapping on the video option will initiate the call.

SEE ALSO: Update: You can now draw on pictures in WhatsApp, just like in Snap and Instagram

WhatsApp said on their blog: “We’re introducing this feature because we know that sometimes voice and text just aren’t enough. There’s no substitute for watching your grandchild take her first steps, or seeing your daughter’s face while she’s studying abroad.

“And we want to make these features available to everyone, not just those who can afford the most expensive new phones or live in countries with the best cellular networks.”

According to TechCrunch, WhatsApp said that video calls were one of its top requests from users. While it’s late to the game with the feature, most tech pundits don’t believe it will affect WhatsApp’s user base in any way, as the Facebook-owned app has always preferred playing the long game.