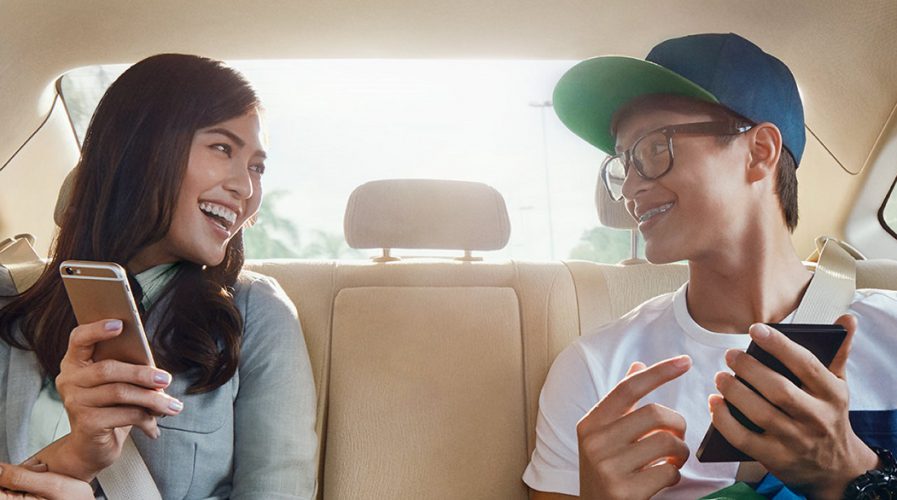 UBER and Grab continue to go head-to-head in Southeast Asia, borrowing from each other as it rolls out new services to riders. The latest copycat news is that Grab has begun beta testing ‘GrabShare’, which is pretty much its version of carsharing service UberPool.

For those unfamiliar, UberPool basically lets passengers book a shared ride with another passenger that happens to have an overlapping route. Passengers are matched by an algorithm that considers driver availability, similar routes and travel time. It’s a great service for riders that don’t have stranger danger, and rides can be up to 30% cheaper than regular Uber rides.

According to a statement released by Grab Singapore head Lim Kell Jay, carsharing services are seen as beneficial to both drivers and passengers alike. “Commuters in Singapore indicated that they would be open to carpooling if they didn’t have to make long detours with numerous passengers in one trip,” he said. “Drivers had the same feedback and wanted the option of taking short breaks between trips.”

GrabShare is not to be confused with GrabHitch, which Grab rolled out over the summer around the same time UberPool did. Compared with GrabShare, the GrabHitch service was only a carpooling service and appeared to rely on altruism as drivers were not driving for profit — they were just car owners making their empty car seats available to those heading to the same destination.

For example, on the weekend when everyone is headed to the same music festival, GrabHitch would make sense. Fares for passengers are calculated “based on distance traveled” and only covers fuel and car operation.

There is another big difference between the two services. While GrabShare drivers can take unlimited rides per day, GrabHitch drivers can only accept two bookings a day – making the service appropriate for sharing a ride on a daily commute.

This is reminiscent of when Grab launched its motorbike taxi service GrabBike in March 2015, only to be followed by the same move by Uber a year later with UberMoto. The original motorbike taxi-booking app was of course, first launched by Indonesia’s Go-Jek.

There is no such thing as an original business idea and it is often seen in the transport-hailing space, that the ability to execute on a borrowed idea well is pretty much all that you need.