The time is now: Matteo Sutto on why SEA’s e-commerce landscape is perfect for iPrice

E-COMMERCE in Southeast Asia has been a hot topic all year, and the prospects for the market going into 2017 are vast and exciting. iPrice, a price comparison website for consumers, has been keeping close tabs on the market and has become a favorite in the industry – they’ve just raised US$4 million in a Series A investment led by Asia Venture Group and Venturra.

iPrice’s popularity has soared since its last round of funding, with traffic jumping over 500 percent in the last 12 months. The site currently helps online shoppers from all over Southeast Asia – Malaysia, Singapore, Indonesia, Philippines, Thailand, Vietnam, and Hong Kong – compare the prices of over 50 million products across a number of e-commerce partners.

Recently, they’ve welcomes new additions to their headquarters in Kuala Lumpur: Dr. Konstantin Lange, co-founder of HappyFresh, as COO, and Matteo Sutto, founder of Tate & Tonic and Zalora alumnus, as SVP of Growth.

iPrice’s growth has been entirely organic, proving the need for a platform such as theirs as shoppers strive to find the best bargains online. The company says they are approaching profitability much sooner than originally planned.

Matteo told Tech Wire Asia that iPrice works thanks to the growing online shopping market in the region. “From a macro-level perspective: our business model is one that is built on top of the existing e-commerce landscape, and if there’s no e-commerce activity, there’s no need for a mega-search platform such as ours,” he said. 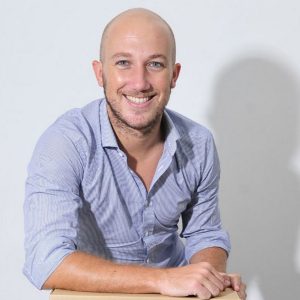 “In the past 12 months, the number of e-commerce players has increased and the market has become more fragmented – which means more choice is offered to the customer, and there is more demand for a platform that aggregates all these choices.”

As a company, Matteo also iPrice has found its own recipe for success. He said: “The devil is in the details. From hiring people that are extraordinary, to the tech and marketing that we deploy, we’ve been able to really nail it.”

iPrice thinks there is a need for some spring-cleaning in the e-commerce sector for both consumers and merchants, as it continues to expand and fragment – and that the way to begin the de-cluttering is through affiliate marketing channels such as themselves.

“The very nature of our business is to aggregate one a unique platform all the products being offered up by e-commerce businesses to give consumers the easiest and fastest way to compare prices instead of opening 200 different tabs,” said Matteo.

“We believe that the time is now for iPrice in SEA, as the market is just beginning to open up locally and even foreign players are starting to step into the field. Of course some markets are exceptions – for example, Amazon is the biggest, most dominant player in the U.S., making sites like iPrice unnecessary. But here, we’re in the right place at the right time.”

iPrice will be capitalizing on this opportunity by opening up a fully-monetized product catalog, which they say is already the biggest of its kind in the region. The catalog will be made available to publishers and third-party websites, and includes a customizable suite of tools which are designed to drive revenue potential.

Tim Marbach, CEO and founder of Asia Venture Group, said: “Given the combination of e-commerce hyper growth, the solidity of iPrice’s business model, and the unique execution skills that the team has demonstrated, iPrice will become one of the largest and most profitable companies emerging from SEA’s e-commerce landscape.”

It’s a huge prediction, and one that iPrice has every desire to live up to. With the markets and the winds in its favor, there’s no reason it can’t – but the company can’t afford to be distracted now and must keep its eye on the prize.

David Chmelar, iPrice Group CEO, said: “Our ambition is to become the primary gateway to online retail in Southeast Asia. The size and technology behind our product catalog, together with our unmatched monetization capabilities, allow us to look at horizontal and vertical expansions to capture additional market opportunities.

“Much remains to be done to make online retail easier for consumers, from Kuala Lumpur to Manila, and iPrice is paving this path,” he says.