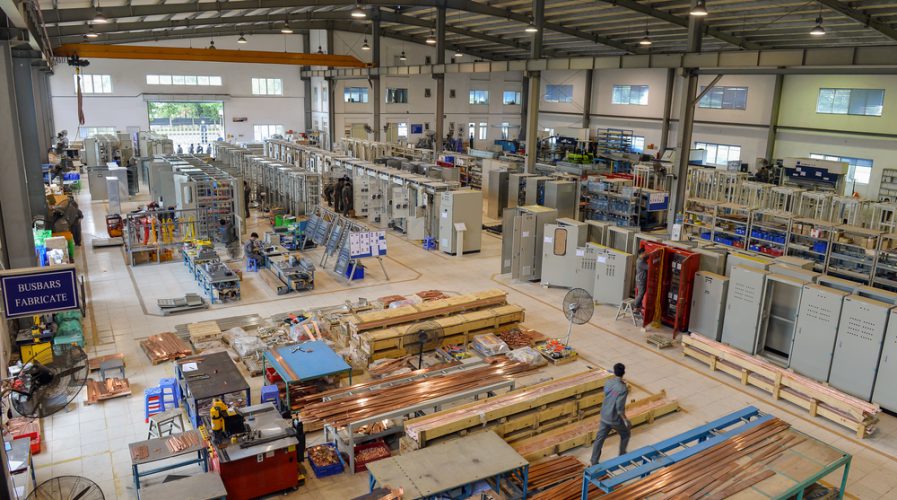 The inside of an electronic manufacturing factory in Vietnam. Pic: Vietnam stock photos/Shutterstock

VIETNAM and its tech-savvy population of 90 million isn’t just a growing consumer market for smartphone makers. It’s also a manufacturing and R&D hub for tech firms such as Microsoft, LG and Samsung.

Samsung, in particular, has invested billions in building assembly plants and factories in the north and south of Vietnam, and also has a R&D center based in Hanoi. In fact, one of three Samsung phones are made in Vietnam. Considering Vietnam’s heavy involvement in Samsung’s supply chain – what does a world after the Note 7 fiasco look like in the Southeast Asian country?

Reuters recently reported on how Samsung workers in Vietnam were fervent supporters of the Korean smartphone maker – despite all of its recent disastrous product recalls.

Tens of thousands of workers based in a town called Pho Yen, 65km north of capital city Hanoi, were involved in assembling a number of Samsung phones, including the ill-fated Galaxy Note 7. Just three years ago, Samsung single-handedly turned Pho Yen, primarily a farming town, into a bustling industrial hub.

In the 13 interviews that Reuters did with Samsung factory workers, all of them were optimistic about the future of their employer – despite the fact that it will take a US$5 billion hit from the Note 7 disaster. One of the workers also revealed that although some overtime options were cut since the scrapping of the Note 7, there has been no indication of anyone losing their job.

Samsung factory workers in Vietnam receive a monthly salary of US$180 and US$300 when they work overtime along with benefits – which may not seem like much in the developed world – but it is far above regular income levels in such rural areas.

The tech giant doesn’t just shower their workers with perks, such as free meals and subsidized accommodations that cost less than US$3 a month, but Samsung has also created a community for young rural workers to be a part of – such as organized sports and karaoke.

The company also provides free transport for those that have to commute to work. According to Reuters, thousands of Vietnamese workers are “ferried to and from their homes in Hanoi and other cities and towns in the region in a procession of buses to the sprawling factories.” Oddly enough, the buses are still plastered with Note 7 ads.

Whether you feel pity for or take issue with Samsung’s quality assurance woes, it’s interesting to consider how smartphone makers are transforming places like rural Vietnam for the better. Many of these workers were former farmers, and now they have the opportunity to upgrade their skills and earn higher income. And in return, Samsung gets to tap into a talented, loyal pool of workers. Fair trade.