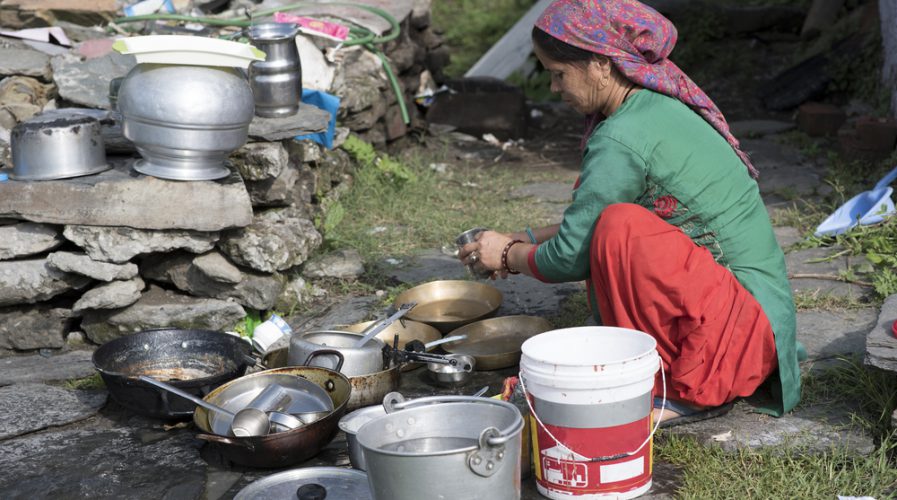 Women in India still make up a large number of the poorest and most marginalized in the society. Pic: dushi82/Shutterstock

‘Uberization’ of India’s domestic work market has benefits and risks

A BOOMING digital market matching Indian domestic workers with employers may offer benefits for some housemaids but won’t end low wages and discrimination and may exclude the poorest women who don’t have smartphones, according to new research.

Domestic help in India is relatively cheap, and demand for cooks, cleaners and babysitters is growing as incomes rise and more women work full-time.

Domestic workers, who are generally women, typically have little or no education, and the market is almost entirely unregulated, with no fixed wages or benefits for workers.

On the back of the popularity of taxi-hailing mobile apps such as Uber and home-grown Ola, a handful of companies have launched apps that offer domestic workers on demand.

“This ‘Uberization of domestic work’ can offer some benefits, (but) it also risks further entrenching a culture of low incomes, insecurity and discrimination,” according to a study by the UK’s Overseas Development Institute (ODI).

Workers are typically hired by word of mouth. Most do not receive health insurance or retirement benefits.

While on-demand technology can increase workers’ access to opportunities, it is “not automatically empowering, and there is a great risk that marginalized groups will remain excluded,” ODI said in the report released last week.

Women make up about 80 percent of an estimated 67 million domestic workers globally, according to ODI.

In India, many domestic workers, most of them women, are forced to work up to 18 hours a day and face dire living conditions, abuse and violence.

A draft domestic workers’ bill in 2015 had proposed a minimum salary of 9,000 rupees (US$133) per month for skilled, full-time household help, along with benefits such as social security cover and mandatory time off. That bill was not passed.

“The workers are trained, they know what they are getting paid, they get regular hours and greater flexibility,” said Anupam Sinhal, co-founder of BookMyBai and NanoJobs.

But campaigners say there is no oversight of agencies working to match domestic workers with employers and complaints of exploitation, trafficking and enslavement abound.

“There is no regulation or monitoring of agencies or these new companies that provide on-demand services,” said Shalini Sinha at WIEGO, a lobby group for informal women workers.

“Do they really ensure fair conditions for the workers? Do the workers get paid on time? What we need is a law to protect these women, and regulation and monitoring of these agencies.”

ODI’s study of the on-demand model in South Africa showed that it disproportionately benefits employers. For the workers, it meant low wages and discrimination, it said.

India’s on-demand domestic work companies are expanding by up to 60 percent month-on-month, according to ODI.

The model is different from Uber‘s: BookMyBai gives workers on its payroll a fixed salary of 16,000 rupees (US$235) a month, as well as health insurance and some benefits, regardless of how many hours they work, said Anupam Sinhal.

#Women create 44% of #India's GDP when unpaid work is counted. They do 30% of all market work but 91% of all domestic work. @CountWomensWork https://t.co/LXWqAclMJD

Also, it is the company that designates a maid to a household, as many workers don’t have smartphones, he said.

More than half of India’s domestic workers are illiterate, and few own smartphones or have bank accounts, making it harder for the women to navigate the platform themselves.

MyDidi opens a bank account for each worker, while another company sends a text message to the husband of the worker every time she is assigned a job, so he knows her whereabouts.

“The demand-supply gap is so huge, that we need these services to help address it,” Sinhal said.

“The system gives the worker the benefits of a more formal economy, despite the challenges now.” – Reuters