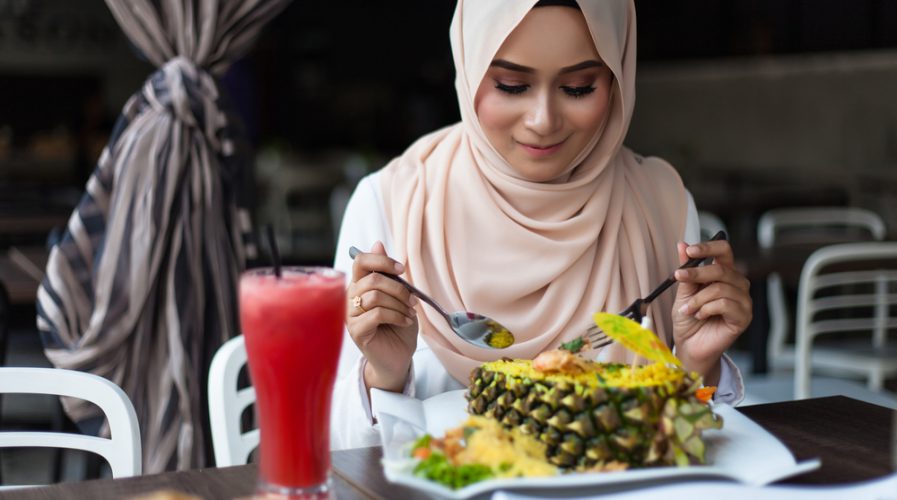 Muslim travelers often struggle to find halal food when overseas, but pioneering apps in the market could change that. Pic: Kencana Studio

2 apps, 1.6 billion Muslims: How these startups are tapping the halal market

SPEAK to any Muslim who lives in, or has visited, a foreign country, and they’ll tell you that one of the hardest things about travelling is finding halal food. Most of the time, it’s just a matter of knowing where to look – but when you’re in a new place that operates in a language you don’t understand, finding restaurants that offer halal food can seem like an impossible task.

Thankfully, this is the age of the Internet, and as the old adage goes: there is an app for everything. This unique predicament faced by Muslims – of which there are roughly 1.6 billion, according to a Pew Research Center estimate – has not gone unnoticed. Londoner Siddika Jaffer, 39, and a group of Singaporean bloggers are pioneering the app space, having introduced halal-specific apps to help Muslims travel and dine without worry.

Have Halal Will Travel (HHWT), a travel-planning app specifically for Muslim travelers, was started by Mikhail Goh, 27, Tengku Suzana, 26, and Elaine Tee, 26, during an exchange program to Seoul, and were surprised at the task of finding accurate information on halal food and Muslim-friendly services. 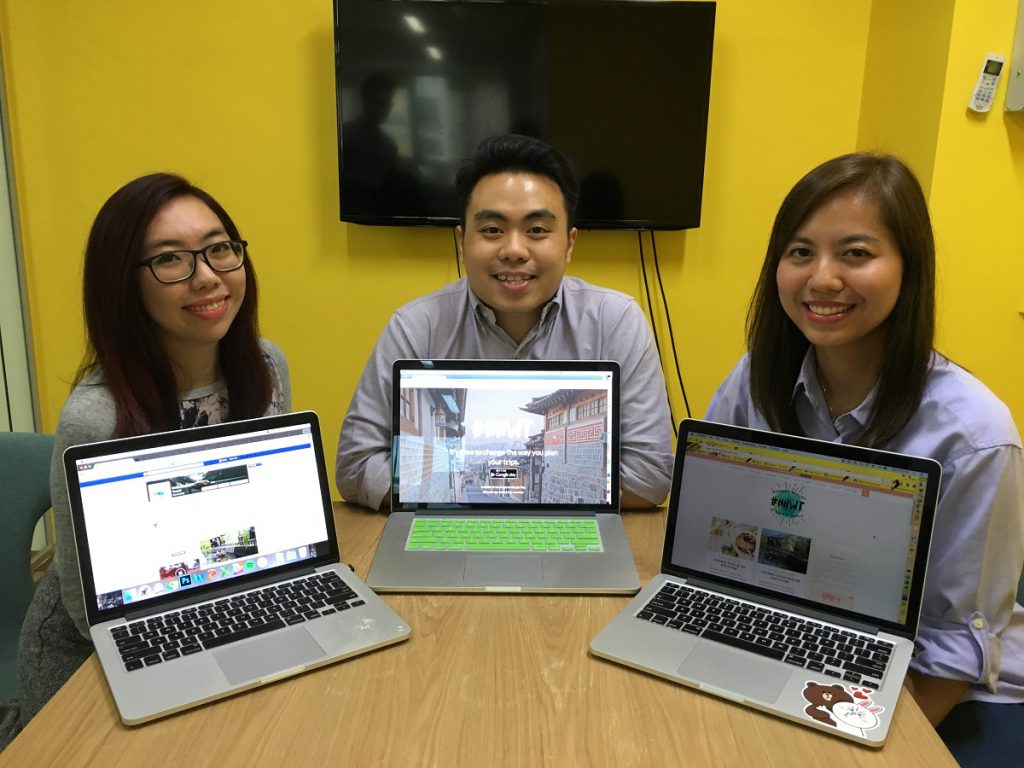 “We realized that there was a need for a consolidated space where Muslim travelers would be able to seek out recommendations about what to see and do, especially in countries where halal food is difficult to find,” Goh told Tech Wire Asia. “With that, HHWT was born!”

Siddika took a much more academic approach to her entrepreneurial venture – she was studying for a Masters in Innovation at the Singapore Management University when she was struck by the idea for her own app, the Halal Dining Club (HDC). It started with a project to find out what solutions people turned to to adapt to problems or unmet needs. 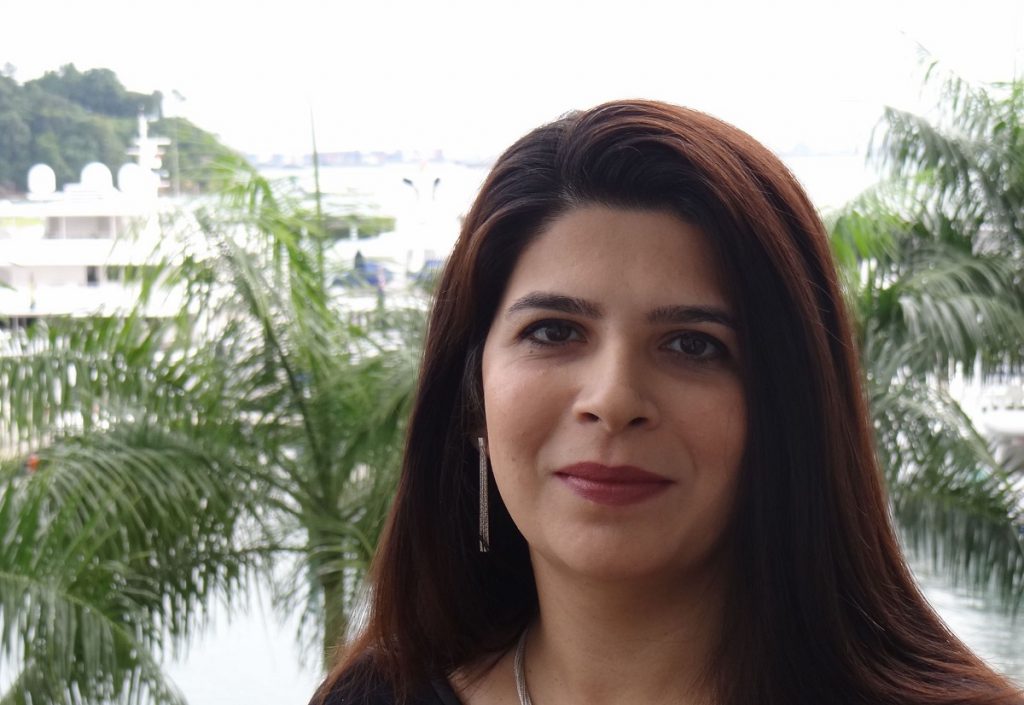 “When we mapped out the scale of the populations affected by these dietary restrictions, by far the largest was halal. 1.6 billion are unified by the need to dine halal.”

The global halal market is predicted to be worth US$1.6 trillion by 2018, up from US$1.1 trillion in 2013 with a compound annual growth rate (CAGR) of 6.9 percent, according to a report commissioned by the Dubai Chamber of Commerce.

On top of that, Muslim travelers are becoming more adventurous in visiting countries that don’t have a Muslim-majority. According to the Global Muslim Travel Index, the top non-Muslim majority countries visited by Muslims in 2016 included the U.K., South Africa, Hong Kong, France, and Japan.

So there’s plenty of evidence that the global halal market has great potential to be lucrative for those who venture into it – but still, the struggle for Muslims to find halal-friendly products and goods is real.

“Even though I was in Singapore at the time, which has a good availability of halal options compared to other non-Muslim countries, I was constantly running into issues about finding new and recommended places to fine rather than the same old places everyone knows about,” said Siddika.

“There was so much miscommunication as well in terms of whether a place was halal or not that it ends up causing confusion and mistrust making finding a great restaurant a time-consuming and frustrating task.”

Siddika and her team, none of whom had any experience building an app prior to HDC, set about trying to develop the product – they ended up building a prototype and a Minimal Viable Product to prove there was a market for HDC.

“The flipside was that all the developers we spoke to were really excited about the product’s potential and were all helpful in defining what we should focus on as an absolute minimum to launch the product.”

The HHWT team also decided to try and fill the existing gap in the market, and started off by building it as a travel publication before expanding into a travel-planning app. Using the app, Muslim travelers have access to information about nearby halal eateries, attractions, and even prayer spaces – as well as build their own itineraries by saving points of interest on the app.

“Every single data point you see on the app is hand-crafted by the team,” said Goh. “We keyed in the descriptions for every attraction, restaurant, and prayer space, rated it so that it would be easier for users to find the best places to go to.”

Screenshot of the ‘Have Halal Will Travel’ app

Both apps cater to different age and interest segments, proving that the market has space for diverse products. HHWT is aimed at 18 to 35-year-old travelers seeking adventure, while HDC is geared towards 23 to 45-year-olds who are becoming increasingly affluent and looking for a convenient way to find products or services that can cater to their lifestyles.

Goh believes that the lack of halal-friendly services is largely because many big brands lack a good understanding of Muslim consumers.

“Brands should identify the needs of Muslim travelers and figure out how they can engage with them,” Goh said. “One way to do this is to take reference from key opinion leaders such as publications, who are able to predict the trends of this market. From there, brands should reconstruct their communications strategy to be part of the conversation with Muslim travelers.”

Siddika said that in addition to an increase of Islamic-focused startups since 2014, non-Muslim-owned corporations are starting to realize the value of this segment of consumers. “They are indeed working towards a ‘halal opportunity’ – but only where this aligns to their overall product/services and does not alienate their existing and large customer base.”

HDC’s goal for the data collected on the app is to help restaurants targeting halal diners to understand customers better so they in turn can grow “by efficiently spending their marketing budgets”.

“Their growth will be our growth,” added Siddika.

She also plans to work on developing insights on halal diners for consumer goods manufacturers, banks, consultancies, and other hospitality players to use. There may even be halal food delivery or a halal grocery in HDC’s future – but for now, Siddika says: “The sector that we are in is large enough to keep us very busy for quite some time.”

HDC recently secured £200,000 during a recent crowdfunding round, of which 40 percent will go towards their tech development, 30 percent towards marketing, and 30 percent on sales.

“Consumers are constantly telling us about the need for such an app and how this is helping to make their life easier, which is great to hear,” said Jaffer. “One of our key challenges at the moment is how we optimize our own marketing budget and sales budget to get as much exposure as possible.

“It’s easy to spend millions on building brand awareness and acquiring new users – some restaurant owners and consumers have never heard of billion dollar startups like Zomato in the food tech space, so we understand that becoming a household name amongst halal diners will be a continuous challenge.”

Have Halal Will Travel’s travel planning app is available for iOS and Android users, and is in the midst of improving their trip-planning capabilities.

Halal Dining Club’s website is expected to launch soon, and is also available for iOS and Android users.