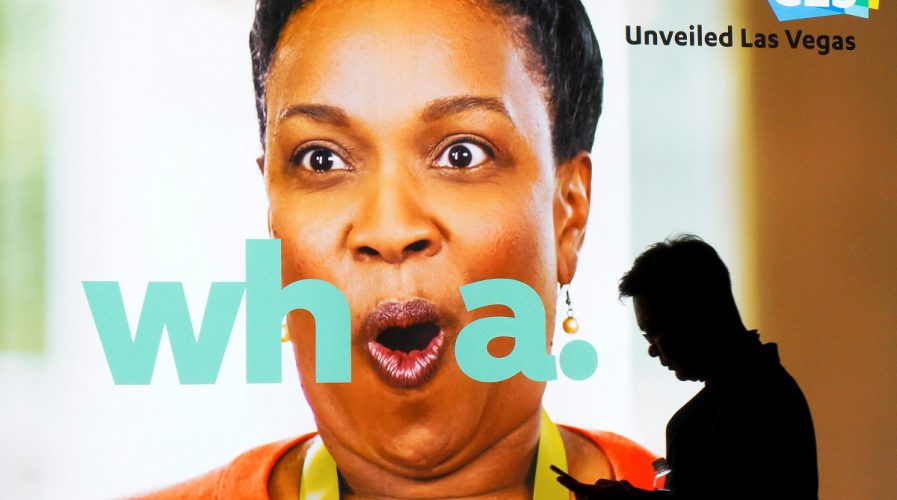 An attendee looks at his smartphone as he enter the CES Unveiled event at CES in Las Vegas. Pic: Reuters

IF there was any global showcase that can be touted as a direct indicator of what tech breakthroughs, products, and big events are expected to emerge this year, it would be the Consumer Electronics Show (CES 2017), held by the Consumer Technology Association in the U.S.

The world’s largest electronics expo in Las Vegas has been giving glimpses into what a fully-connected future will look like for this year, and it appears that the focus will be on voice and sound. Amidst the myriad of new releases at CES, we honed in on what Asian companies had to offer.

SEE ALSO: Tech breakthroughs to look forward to in 2017

Lenovo Group was one Chinese company that unveiled its “Smart Assistant,” a speaker around the size of a large water bottle that can be used to control appliances around the home using just the sound of the human voice. According to CNET, Smart Assistant will be one of the very first voice-controlled speakers to hit the Chinese market.

Samsung Electronics also announced its line of home entertainment products at CES. According to WIRED, its new line-up includes the most notable H7 Wireless Speaker, which won the 2017 CES Innovation Award; and its UHD Blu-ray Player, which uses an algorithm to create sound much closer to the original recording when pitted against HD audio.

Besides sound and voice innovations, automakers have also joined the throngs of voice-controlled technology. In fact, 145 auto companies attended CES this year including Japanese automakers Nissan Motor and Honda Motor. While Nissan made its debut appearance, Honda showed up for the first time in ten years.

As reported by IGN, Honda returned to CES with a splash by revealing its new concept car packed with automated driving technology. The NeuV is a “concept automated EV vehicle” that uses artificial intelligence to create something called the “emotion engine” to artificially generate emotions. The car’s AI system is voice-controlled and can respond to the driver’s commands.

Based on what we’ve seen so far, voice-responsive smart systems and AI-powered devices are what we’re in for this year – and we can’t wait to see how well they interact with consumers in the wild.