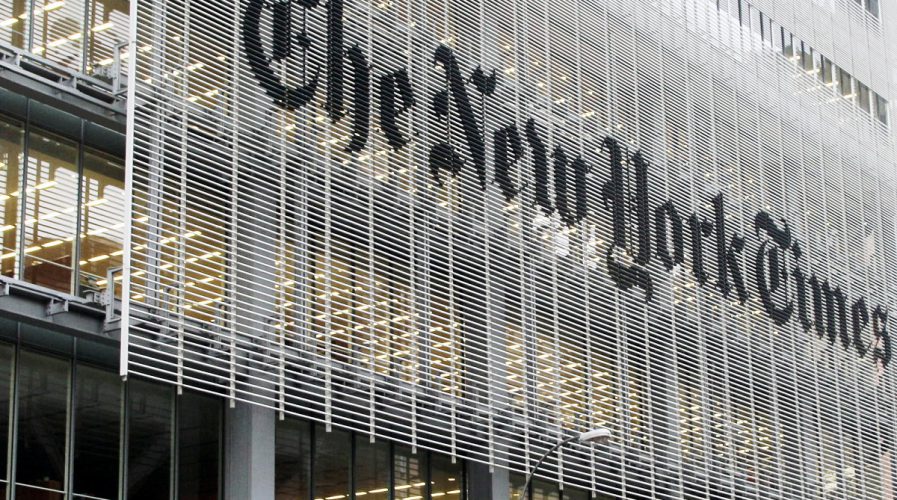 The New York Times and The Financial Times were the first to trial a zero first-click free policy Pic: AP

ACCESS to the New York Times has been further restricted in China after Apple removed both the English and Chinese apps from its online store at the request of Chinese authorities.

The New York Times’ websites have been blocked in the Chinese mainland since 2012, after it published a report detailing the wealth of China’s top leadership and their relatives.

It is common for Chinese authorities to ban digital sites and companies that it believes spread rumours or promotes illegal services or threatens national security.

Apple refused to unlock a terrorist's iPhone for the FBI, but obeyed the Chinese government's orders to censor news. https://t.co/bPxnXfpRDJ

Neither Facebook or Google operate in China. The Wall Street Journal’s Chinese-language site has also been blocked since 2014. In 2014 LinkedIn launched a Chinese-language service on the agreement it would censor sensitive content if the government requested it to.

Speaking to The Wall Street Journal, Apple spokesman Fred Sainz said the Times app has been banned from the online store “for some time”. According to Sainz, Apple was informed by Chinese regulators that the app was in violation of local regulations.

He added that Apple would make the app available when the situation changes.

The Times spokesperson Eileen Murphy told the Journal: “The request by the Chinese authorities to remove our apps is part of their wider attempt to prevent readers in China from accessing independent news coverage by the New York Times of that country—coverage which is no different from the journalism we do about every other country in the world, including the United States.”