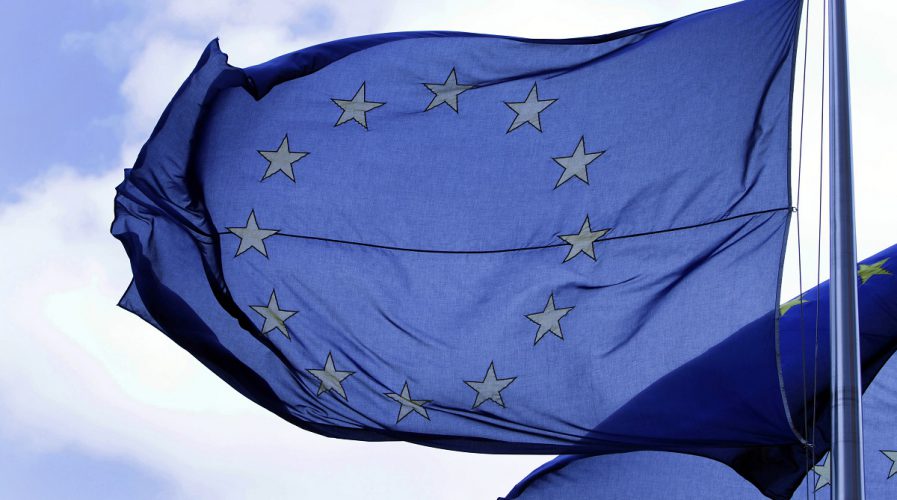 An EU flag blows in the wind. Pic: AP

THE European Union (EU) hopes to seal commercial data transfer deals with Japan and South Korea to boost business ties, and plans to tackle barriers to the free flow of data within the bloc.

Cross-border data flows are key to most businesses. These can include moving employee information around, credit card details to complete online transactions, and people’s browsing habits to serve them targeted ads.

However, strict EU data protection rules forbid companies from storing Europeans’ information on servers in countries deemed to have an inadequate level of privacy – only 12 meet the standard – meaning firms have to rely on other more complex legal contracts.

.@EU_Commission will work with #Japan #SouthKorea, other key partners on #DataProtection and monitor closely #PrivacyShield @VeraJourova

A data transfer deal with Japan and South Korea would allow firms doing business there and in the EU to move data seamlessly without having to ask regulators for permission or setting up expensive legal contracts.

Jourova said the EU would focus on countries with strong commercial ties to the EU and strong privacy laws.

Last year, the EU struck a data transfer pact with the United States which underpins $260 billion dollars of trade in digital services every year.

As well as promoting data flows outside the EU, Brussels plans to crack down on member states that force some organisations to store data locally, which it argues increases the cost of cloud computing services and hampers the 54.5 billion euro (US$57.7 billion) data market in Europe.

"If we want to make the most of data, everyone must feel confident that their data is protected" @Ansip_EU https://t.co/uadbzbCzwC #ePrivacy pic.twitter.com/ZTICrAEQdf

“Unfortunately, the trend, both globally and in Europe, is towards more unjustified data localisation, an approach often based on the misconception that localized services are automatically safer than cross-border services,” the Commission said in a policy paper on Tuesday.

The Commission said up to 8 billion euros could be added to the bloc’s GDP if barriers were removed.

Obligations on financial service providers or healthcare providers to store data locally are some examples of unjustified data localisation measures, the Commission said.

The EU executive will explore “enforcement measures that support a free flow of data within the EU” as well as possible legislation.

Some EU member states are cool about the prospect of legislation, particularly France, which says there are not that many barriers and is wary of giving large American cloud providers an advantage over European competitors. – Reuters