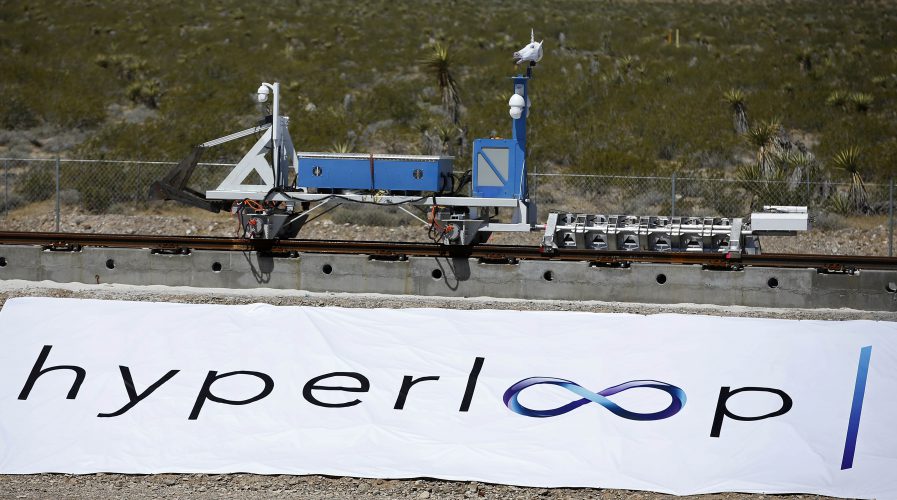 A recovery vehicle moves a sled down a track after a test of a Hyperloop One propulsion system, Wednesday, May 11, 2016, in North Las Vegas, Nev. Source: AP Photo/John Locher

INDIA’s government has expressed interest in hyperloop technology that could cut down travel time from Delhi to Mumbai to just an hour.

As reported by Business Today, a number of state governments are in discussions with Hyperloop One, the company behind the project, in the hope of developing the system on popular travel routes around the country.

Simply put, hyperloop technology is comprised of levitating pods travelling at high speed through specially built tubes raised on pylons. Magnets are used to get the pods to levitate and powerful pumps are used to suck out most of the air inside the tubes, allowing the pods to move under conditions of very low friction.

Alan James, Hyperloop One’s VP for worldwide business development, said the speed could be as high as 1,080 km per hour.

Bibop Gresta, chairman and co-founder of Hyperloop Transportation Technologies, a competitor to Hyperloop One, explained to Forbes India why the country was the ideal place to implement the system.

“India has amazing potential as a country that really needs infrastructure, has a very high (population) density and has the right combination of willingness for change and the possibility to do it.”

As part of a global competition set up by Elon Musk, the man responsible for originally envisioning hyperloop technology, five routes in India have qualified for the final stage of competition.

James explained that Hyperloop One will first evaluate the business cases of these entries and then discuss further national projects with the Ministry of Road Transport and Highways in India.

The company is set to hold the final leg of its competition on Feb 27 and 28, in New Delhi.