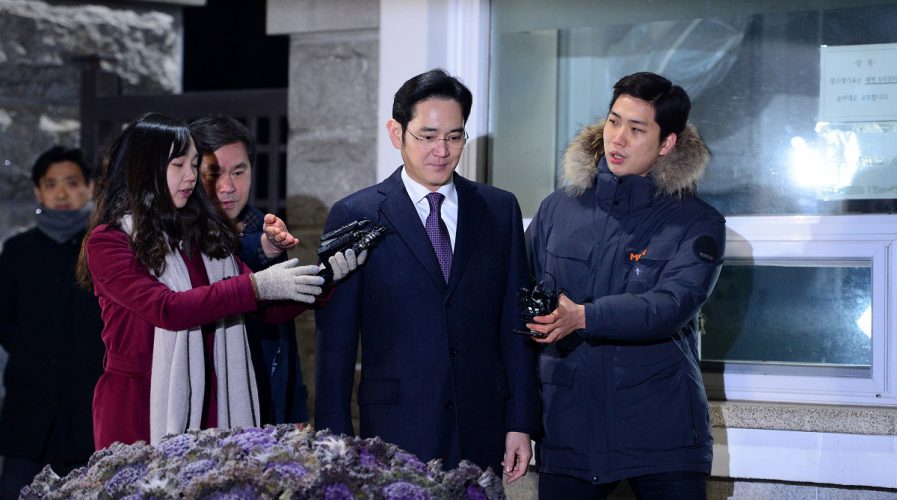 What you need to know about Samsung’s political troubles

IT hasn’t been an easy few months for Samsung. Besides losing billions due to the Galaxy Note 7 fiasco, which had resulted in a global recall, its product woes also extended to malfunctioning washing machines.

The latest PR faux pas for Samsung is strictly political. For those that haven’t been following, here’s a recap. The most powerful company in Korea has been weighed down by an ongoing scandal, kicked off when prosecutors raided Samsung’s offices back in November. Now, prosecutors have been calling for the arrest of Samsung Group’s vice chairman, Jay Y. Lee, on the charges of bribery, perjury and embezzlement.

As reported by the New York Times, Lee is accused of ordering Samsung subsidiaries to make payments totalling approximately US$36 million to President Park Geun-hye’s confidant, Choi Soon-sil. The bribes, according to Bloomberg, were in exchange for merger approval between two Samsung affiliates, Samsung C&T and Cheil Industries – which would give Lee further control of the empire founded by his grandfather.

The latest on this case is that the courts have eliminated the possibility for arrest at this time, which lets Lee stay in the vice chairman role at Samsung while the investigation continues. The courts turned down the prosecutors’ request for arrest because they felt there wasn’t enough evidence at this time.

All the drama has taken a hit on Samsung’s bottom line. According to the Business Times, Samsung’s value has fallen since last week as foreign investors were apparently dumping their shares due to concern over the political scandal. To be exact, shares of Samsung Electronics dropped as much as 2.9 percent while Samsung C&T was down 0.4 percent.

Besides Samsung shares taking a hit, South Korea’s economy could also be in trouble if Lee is proven to be guilty. Besides the fact that Samsung accounts for 20 percent of South Korea’s exports, it is also considered the country’s most important company and one that is tied to its success. Samsung has managed to put its product woes in the past, but will it be able to weather the mother of political storms?