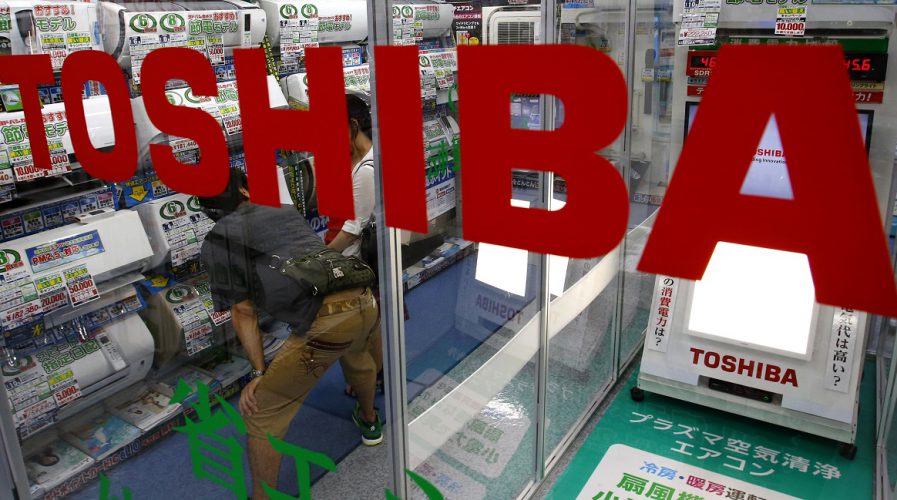 TOSHIBA, one of Japan’s biggest multinational conglomerate corporations, is reportedly in talks with Western Digital Corp. to spin off its semiconductor business assets at a roughly 20 percent stake, which will cost the latter up to US$2.7 billion.

According to the Asian Nikkei Review, which cited sources familiar with the matter, there are some U.S. investment funds that have also expressed interest in Toshiba’s stake.

In a statement, Toshiba said it had indeed been considering several options, including a spin-off, but has not confirmed any decisions. Reuters reports that the memory business generates most of the corporation’s operating profit.

In fiscal 2015, memory chips accounted for the biggest part of the 1.57 trillion yen in sales of Toshiba’s semiconductor operations, proving itself to be a lucrative asset.

The potential sale of the stake to California-based Western Digital is not completely out of the blue – Toshiba and global hard-drive leader Western Digital already jointly operate a flash memory plant in Yokkaichi city, within the Kansai region.

The Nikkei reported that one of the proposal was for Toshiba to sell an estimated fifth of the chip-making business for about 200 billion – 300 billion yen (US$1.77 billion – US$2.66 billion) while staying in control of a majority stake.

A brand new chip company would come into being as early as the first half of 2017, the Nikkei added.