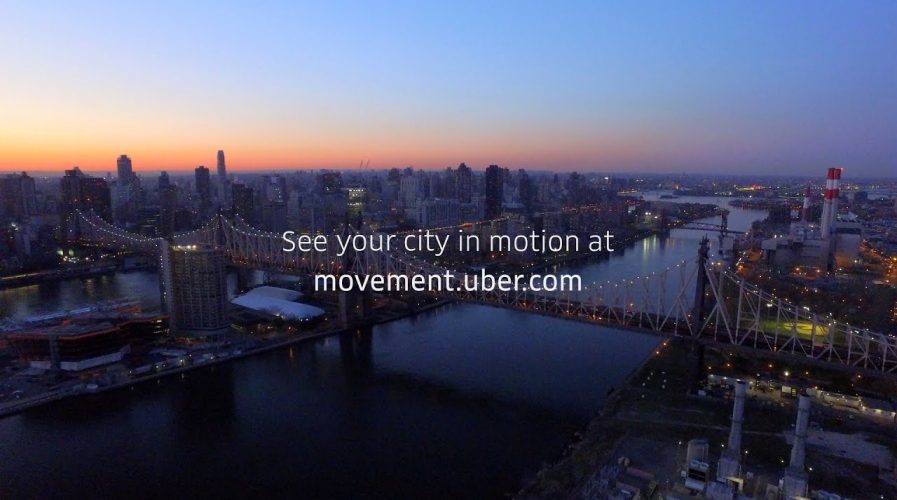 IT’S a well-known fact that Uber gathers rafts of data on its users and their whereabouts – in October last year, the company launched a major update that included a request for permission to collect users’ location data even when the app is not being used. That means tracking people’s movement after their trip with an Uber driver ends and while the app is running in the background of one’s phone.

All this tracking understandably made lots of people feel uncomfortable about giving up so much private information. But Uber seems to be looking for redemption with the launch of Movement, a website that provides access to its data around traffic flows.

On the Movement website, Uber explains why it’s releasing all this data: “Over the past six and a half years, we’ve learned a lot about the future of urban mobility and what it means for cities and people who live in them.

“We’ve gotten consistent feedback from cities we partner with that access to our aggregated data will inform decisions about how to adapt existing infrastructure and invest in future solutions to make our cities more efficient.”

The company added that it is also open to collaborating with government experts, transportation professionals, and academic organizations globally to discuss research opportunities and get feedback.

The website includes an example of what Uber could offer: in-depth analysis into travel conditions during the 2015 holiday season in Manila. The document is an early result of Uber’s data-capturing initiative.

It includes facts and figures on traffic conditions between Timog and Makati Central Business District during the period, as well as commutes to Ninoy Aquino International Airport, and to and from shopping malls around the city.

According to TechCrunch, Uber is looking into releasing access to the data as an API. At this stage, they’re “trying to figure out how to do it in a performant way”.

But how will the company continue to safeguard users’ privacy, given how skeptical its made users already about their data being stored and shared? The company emphasizes that user privacy will be upheld as the site only offers data where it can be successfully aggregated and kept anonymous.

“Preserving rider and driver privacy is our #1 priority,” says Uber. “All data is anonymized and aggregated to ensure no personally identifiable information or user behavior can be surfaced through the Movement tool.”

Reactions to the news also seem largely positive, with most calling it an “interesting development”. For anyone who lives in a traffic-congested city, Uber Movement might just be the beginning of a godsend.