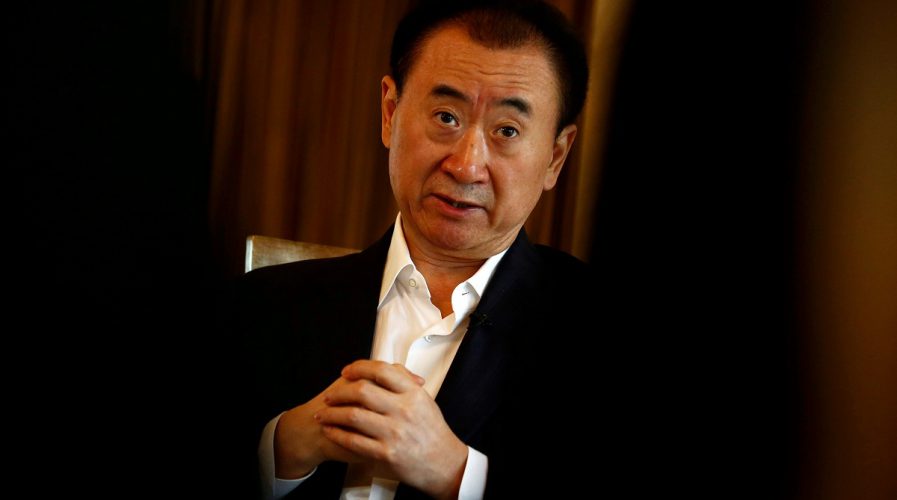 Wang Jianlin, chairman of the Wanda Group, speaks during an interview in Beijing. Pic: Reuters

WANDA Group’s billionaire chairman Wang Jianlin, the country’s biggest media mogul and richest man, has a less than Wanda-ful message for incoming president-elect Donald Trump – do not to scrutinize investments from China into America’s entertainment industry, as doing so “won’t be good for anyone”.

Wang, whose net worth amounts to US$31.2 billion, told Bloomberg News’ editor-in-chief John Micklethwait at the World Economic Forum in Davos that China would retaliate against any blocking of Chinese capital by the U.S. by enforcing its own protectionist measures.

Wang added: “Let’s not fight over entertainment.” His company became the first Chinese firm to buy and own a major Hollywood film production company last year, after purchasing Legendary Entertainment – which made blockbuster action films like ‘Godzilla’, ‘Pacific Rim’, and ‘Jurassic World’ – for US$3.5 billion.

Wanda is also currently the largest operator of movie theaters in the U.S., and have been since Wang’s AMC Entertainment Holdings Inc. bought Carmike Cinemas Inc. in December.

Making his comments just two days before Trump is inaugurated as the 45th president of the U.S., Wang echoes warnings that have been issued by Chinese government officials following Trump’s continuous tirade against the country’s trading and currency policies, which he considers unfair.

During his campaign trail in May last year, the president-elect accused Beijing of “raping” the U.S. and spoke of wanting to “cut a better deal with China that helps American businesses and workers compete”.

However, railing against China has only invited scorn and threats of trade war from the Chinese government, to whom the U.S. owes a debt of US$1.115 trillion as of October 2016.

SEE ALSO: Does Shenzhen fear Trump’s plan to have US-made iPhones? Not so much

This current warning by Wang is a slightly softer repeat of a chilling one he issued in December, when he threatened to withdraw billions of dollars in investments, along with tens of thousands of jobs, if Trump were to pursue a trade war or impose regulatory curbs on Chinese businesses, reported VOA News.

He said: “I have over US$10 billion investment in the United States and employ over 20,000 people. If things are mishandled, they will have nothing to eat.”

But that hasn’t stopped Chinese businesses from making moves to get on his good side – last week, Alibaba’s Jack Ma met with Trump at the Trump Tower to discuss his company’s U.S. business, revealing plans to create a million jobs in the country.