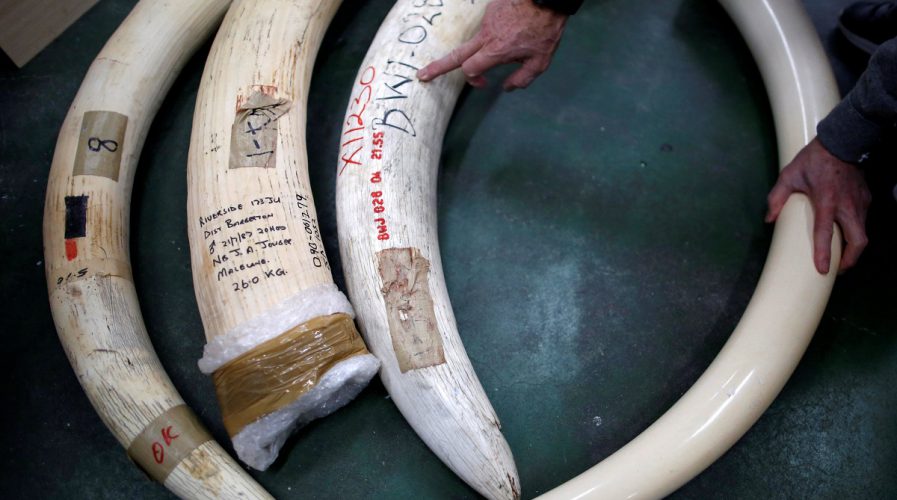 Yahoo Japan doesn’t accept that ivory sold on its platform – supposedly imported into Japan before a 1989 ban on international shipments – is a factor behind the sharp rise in poaching on the African savannah in recent years.

Dismissing animal rights campaigners’ concerns, even though the ivory business contributes a fraction of its sales, Yahoo Japan also argues that so long as no laws are broken people should be able to trade whatever they like on the Internet.

“We want to provide an internet auction site where people can trade freely, and at this moment we have no intention of banning legal trading without any reason,” a spokesman for Yahoo Japan said.

“We don’t believe the ivory sales contribute to a fall in elephant numbers,” he added.

A count of African elephants – the main source of poached ivory – showed the population had fallen to less than 380,000 in 2014.

With their numbers dropping around 30 percent between 2007 and 2014 , African elephants are on the World Wildlife Fund’s vulnerable list.

China may well show up Japan when it comes to shutting down the ivory trade. #enforcement ? https://t.co/qApiyJSXzS @simondenyer reports

Meantime, sales of ivory via Yahoo Japan have risen exponentially.

In 2015, 28,000 ivory pieces were traded on Yahoo Japan, more than seven times as much as a decade earlier, including 438 whole tusks, according to a recent report by the Environmental Investigation Agency (EIA).

Ivory is traditionally used in Japan for carved ‘hanko’ name seals. But because much of Japan’s ivory is unregistered, wildlife groups say Japan provides an opportunity for unscrupulous traders to register poached ivory for sale to Chinese traders. 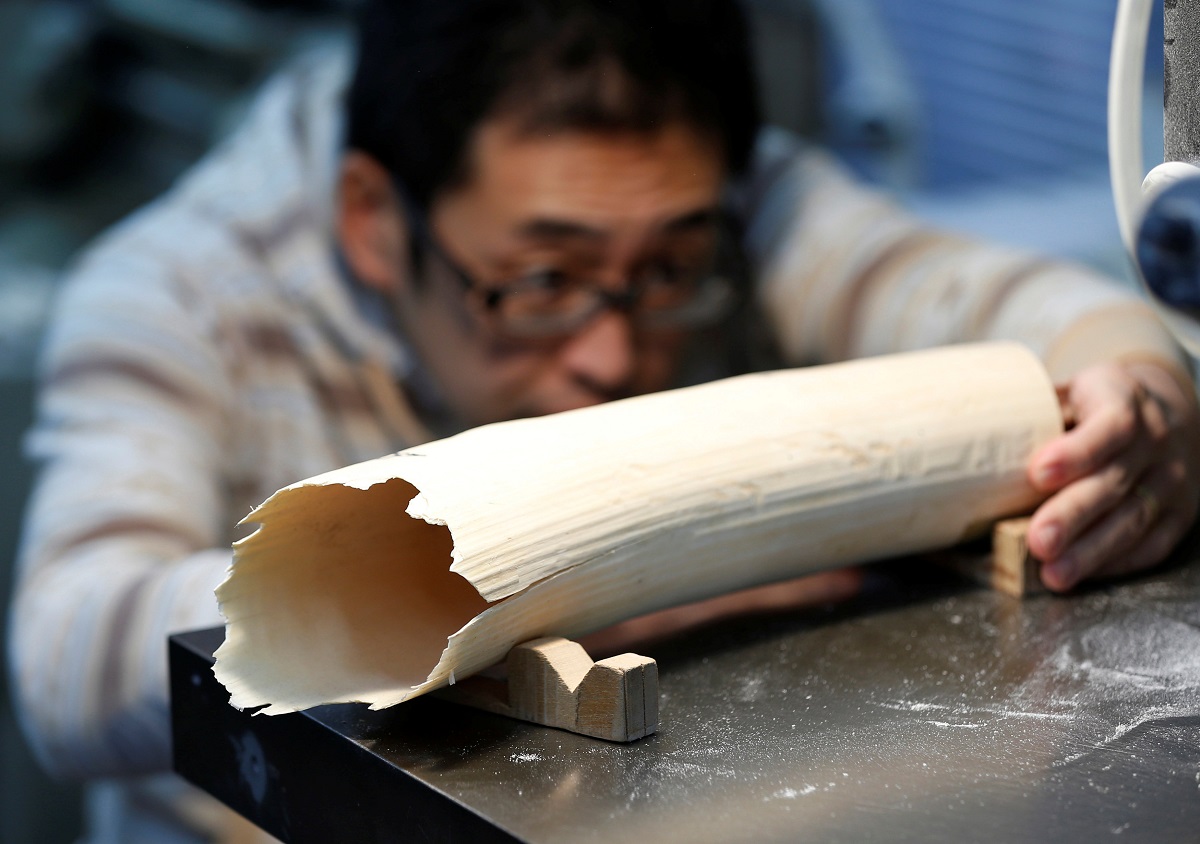 A man prepares to cut an ivory for making ‘hanko’ or carved name seals at his factory in Tokyo. Pic: Reuters

China said two weeks ago it will ban the domestic trade by the end of 2017, shutting the door to the world’s biggest market for poached ivory.

Yahoo Japan rival, Rakuten Inc, which recently agreed to become FC Barcelona’s sponsor, still allows ivory sales on its site, but has stepped back from sales of whole tusks, a spokesman for the company said.

California-based Yahoo, which bans the sale of endangered animal products, says it can’t force Yahoo Japan to change. Mayer has not publicly addressed the issue, though she has let it be known that she has raised concerns internally.

“Marissa has met up dozens of times with Yahoo Japan on this issue,” said a source with knowledge of the meetings. “Sometimes it’s engagement with board members and sometimes it’s meetings with the CEOs,” he added.

The Yahoo Japan spokesman confirmed that Mayer has met its CEO Manabu Miyasaka, but declined to give details of the talks.

Ron Bell, a counsel for Yahoo, issued a statement last year describing the relationship with Yahoo Japan as one of “passive ownership.”

Aside from having it’s brand above the door, Yahoo has a 35.6 percent stake in Yahoo Japan, second only to the 36.4 percent owned by the Softbank Group controlled by billionaire businessman Masayoshi Son. In Japan shareholders that own more than a third of a company’s stock has the right to veto board decisions.

The U.S. company declined to comment further when asked whether it would consider taking action.

Yahoo Japan declined to say how much it earned in commissions from online ivory sales. But EIA estimated it was US$7 million in 2015, making just a tiny part of the US$5.52 billion revenues Yahoo Japan reported for the 2015/16 financial year.

Only registered ivory shipped before a 1989 ban on exports under the Convention on International Trade in Endangered Species (CITES) can be traded in Japan.

At CITES meeting in September, 182 countries approved a non-binding proposal to end domestic trading that animal rights groups say has spurred a revival in poaching.

Japanese officials, however, have so far said they are reluctant to stop trading on Yahoo Japan or elsewhere because they believe only pre-ban ivory is traded.

“If you closed down a well-established market like Japan it would not stop the killing. It would drive the market underground,” said a spokesman from the Japan’s Ministry of the Environment.

Nobody, however, knows how much ivory came to Japan before 1989 or how much remains unregistered, raising suspicions about shipments to China.

“Regrettably, that makes us vulnerable to criticism,” said the official from the environment ministry, which estimates there is about 2,000 tons of ivory in Japan, of which only 300 tons is registered.

“The third party requirement is the problem, even family members are allowed,” said Masayuki Sakamoto, an official at EIA. “It is kind of official laundering.” – Reuters