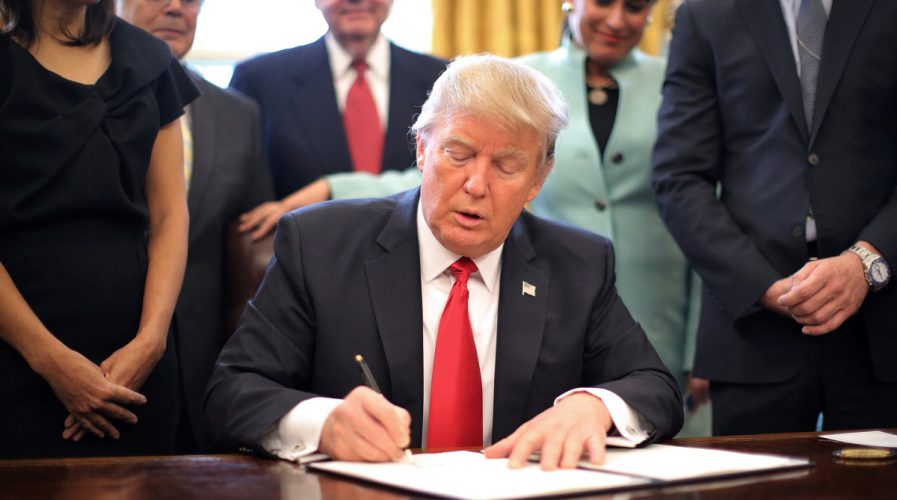 INDIAN tech firms that benefit from U.S. companies outsourcing certain jobs and tasks to India could lose out under Trump’s ‘America First’ stance.

The new U.S. administration has focused on protectionism policies and a tougher stance on immigration. For example, H-1B visas for foreign nationals working in specialty fields – such as scientists, engineers or computer programmers – are expected to be reformed.

“Immigration restrictions are the main source of India’s vulnerability,” said Sonal Varma, chief India economist at Nomura, told CNBC in a note. “The viability of the offshoring model of Indian software firms would be at risk.”

The U.S. government awards 65,000 regular H-1B visas every year, many of them going to the technology sector. Silicon Valley tech companies often use the visas to hire Indians in technical roles either directly or through outsourcing firms like software company Infosys.

Any reform to the visa system could affect remittances to India from the U.S. According to World Bank Data in 2015 the States was the second largest source of remittances for India,

However, due to India’s strong domestic demand driven economy the impact could be less severe on the country than for other trade-orientated emerging markets.

“India is fundamentally in a strong position due to sharply lower fiscal and current account deficits since the taper tantrum, lower inflation and more sustainable growth prospects due to continued productivity enhancing reforms instituted by the Modi government,” Varma told the CNBC.