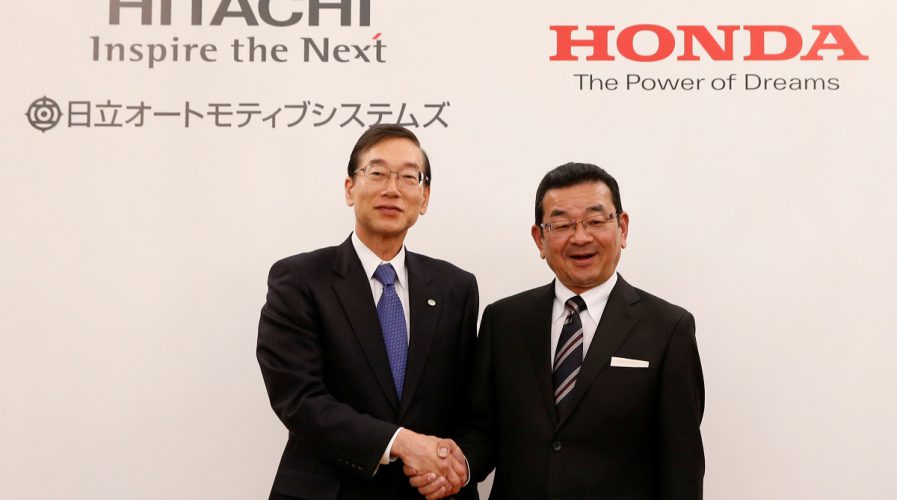 Through the partnership the companies will develop, produce and sell motors for electric vehicles (EV).

The venture will be established in July with an investment of 5 billion yen (US$44.69 million), and will be 51 percent owned by Hitachi Automotive Systems Ltd and 49 percent held by Honda, the two companies said.

“Producing motors is capital intensive, so rather than just manufacturing them for our own purposes, we would like to produce in large volumes with the possibility of supplying a variety of customers,” Honda Chief Executive Officer Takahiro Hachigo told reporters at a news briefing on Tuesday.

“In pairing up with Hitachi, we’re hoping to tap into its expertise in volume production.”

Automakers are increasingly looking to team up with parts suppliers to create components for the fast-growing electric motors industry.

Honda and Hitachi Automotive Systems want to build motors for petrol hybrids, plug-in hybrids and battery-electric cars. The firms will have sales and manufacturing functions in the United States and China as well as Japan.

Should #Tesla be worried? #Honda and #Hitachi #jointventure https://t.co/3iRsUsB3Ae

The partnership represents another confirmation of Honda’s commitment to green cars.
Just last week Honda announced it was teaming up with General Motors Co. to produce hydrogen fuel cell power systems in the United States from around 2020.