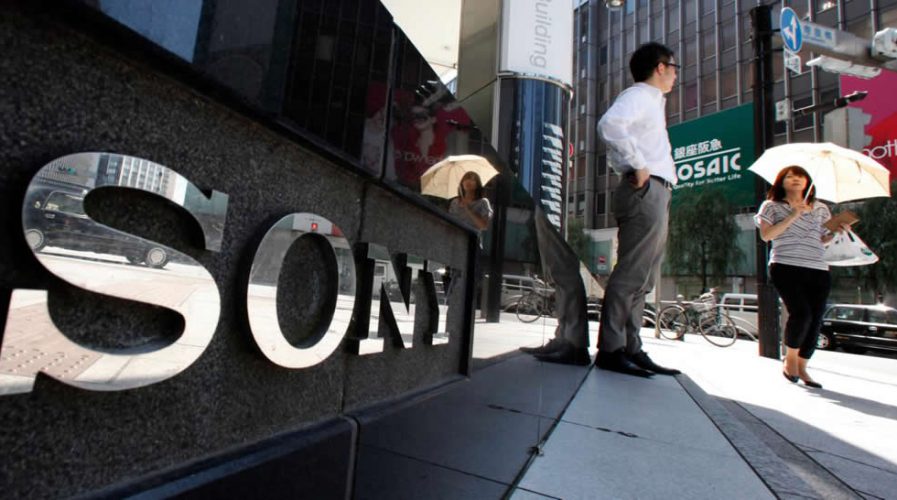 SONY appears to be in hot water, as its entertainment side of the business has been floundering. Last month, we reported that Sony Entertainment’s CEO Michael Lynton has jumped ship and joined Snapchat as chairman. He left after 13 years in the role.

To add insult to injury, Bloomberg recently reported that the Japanese company will be taking a huge hit thanks to its movie business, 112 billion yen (US$1 billion) to be exact. Shares on Tuesday were falling as much as 4 percent as Sony works to offset the loss by selling off shares in its medical web service M3 to Goldman Sachs.

Sony’s balance sheet writedown has to do with its movie division struggling as the studio has produced one flop after another. Besides last year’s alleged US$70 million loss with Ghostbusters, Sony also released the controversial ‘Aloha’ featuring Emma Stone as a Chinese and Hawaiian woman – which only earned US$21 million at the box office. Its six films released in 2015 barely made a dent in comparison with rivals Universal Studios and Disney’s mammoth hits, including ‘Minions’ and Pixar’s ‘Inside Out.’

Sony has taken a big hit in the value of its motion picture business, because of "market decline" in home sales https://t.co/hgj8mGfyjG

Fortune also noted that in its string of flop releases, including a sequel for ‘Mall Cop’ that many deemed unnecessary, “not one of which it can call an actual hit.” It suggested that the poor performance in 2015 may have to do with the hacking scandal that hit Sony Pictures in 2014.

“There are many investors who have not forgotten how Sony, in the past, repeatedly over-promised and under-delivered. We think this is the new management owning up the mistakes of Sony’s past,” said Atul Goyal, a Jefferies Group analyst, weighing in on Sony’s stock drop.

Bloomberg notes that ever since chief financial officer Kenichiro Yoshida took on the post in 2014, he has reportedly revised the earnings forecast for Sony more than 12 times in 7 years. He has also led the company strategy revamp including an increased focus on games, financial services and content which shed its focus on personal computers.

We’ll keep an eye on how Sony’s doing over next few months. Top leadership exits usually aren’t positive for a company already running on shaky ground, but perhaps an innovative new vision is exactly what the 70-year-old company needs.