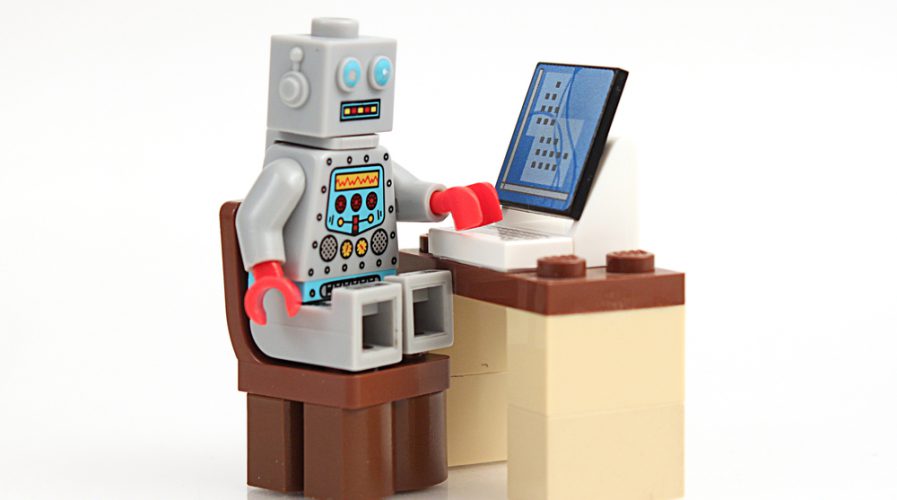 Mass automation will be a primary cause of mass unemployment, say tech leaders. Pic: cjmacer/Shutterstock

Will machines replace us in the job market? Tech leaders think so

THE idea of computers taking our jobs was once the stuff of science fiction, but it is now a burgeoning reality that governments across the world are increasingly needing to face up to. The world is changing, and the pace of it is only quickening.

A recent study from Oxford University predicted 47 percent of the total U.S. labor market is at risk from automation and artificial intelligence, and this would bring about a shift in the employment market that has the potential to impact millions of lives.

Companies and industries are under constant and mounting pressure to innovate or be left behind, and this often involves streamlining and digitization.

Think about it: Uber is looking into driverless taxis; Deliveroo could be using drones to deliver your dinner; Amazon has quashed the need for cashiers, shelf stackers, shop managers. Production lines that once took hundreds to operate can now be manned by just a handful of people.

We are not far off a time when a product will land on your doorstep that has barely been touched by the hand of man – manufactured, packaged and delivered by robots.

With the mounting urgency of the problem, it has become a serious talking point among many tech pioneers. Leaders in the industry have been sharing their take on what they think the future holds, and there are some surprising and conflicting opinions.

Elon Musk, founder and CEO of Tesla and SpaceX, takes a fairly bleak outlook and believes that mass unemployment is inevitable.

“What to do about mass unemployment? This is going to be a massive social challenge. There will be fewer and fewer jobs that a robot cannot do better. These are not things that I wish will happen. These are simply things that I think probably will happen,” he said at the World Government Summit in Dubai last week.

Elon Musk @ #WGS17: "Mass unemployment (cos of automation) will be a massive challenge. Universal Basic Income will be necessary." #UBI pic.twitter.com/xCZ2kt3OJW

Microsoft CEO, Satya Nadella, who has been in India this week to promote Microsoft’s Azure cloud computing platform, has a slightly more optimistic view of the future.

“In a country like India, where there is going to be a service-led economy, there are going to be many jobs. There are many things AI will never be able to do such as show empathy,” he said in an interview in the Economic Times.

Nadella is almost certainly correct. New jobs will be created, but the question is, will there be enough?

Millions of jobs are under threat from automation with India and China expected to be the worst hit – potentially affecting 600 million workers. The new world of empathetic jobs would be hard pressed to recover as many new positions to keep people in employment.

There are no simple answers. A universal basic income, an ideachampioned by Elon Musk, has become a topic discussed in many parliaments around the world and is growing in popularity with trial schemes already running in Finland, Canada and Kenya, among others.

Bill Gates has suggested taxing the work of robots, just as we do with humans. The Microsoft co-founder said in a recent interview with Quartz that “there will be taxes that relate to automation. Right now, the human worker who does, say, US$50,000 worth of work in a factory, that income is taxed and you get income tax, social security tax, all those things. If a robot comes in to do the same thing, you’d think that we’d tax the robot at a similar level.”

Through this method, we would be able to free up labour and redistribute people to areas in which there is currently a shortage and that require quintessentially human traits, such as caring for the elderly.

What the future holds, no one can be entirely sure. Throughout history, labor forces have continually been shaped by technological innovation. Agricultural technology forever changed the farming industry; the industrial revolution moved people into factories and gave rise to social security and workers unions; and globalization and automation moved people out of the factories and into services.

In all of these transitions, the number of jobs has continued to go up. The next phase of technological advancement will likely have the opposite result, bringing about a steady and permanent decline in jobs that threatens to disrupt the lives of millions of people.

Whether it’s an “empathetic” workforce or a universal basic income, whatever the solution, the conversation about what the future holds is an essential one and we need to consider the societal measures that will be needed to combat it.