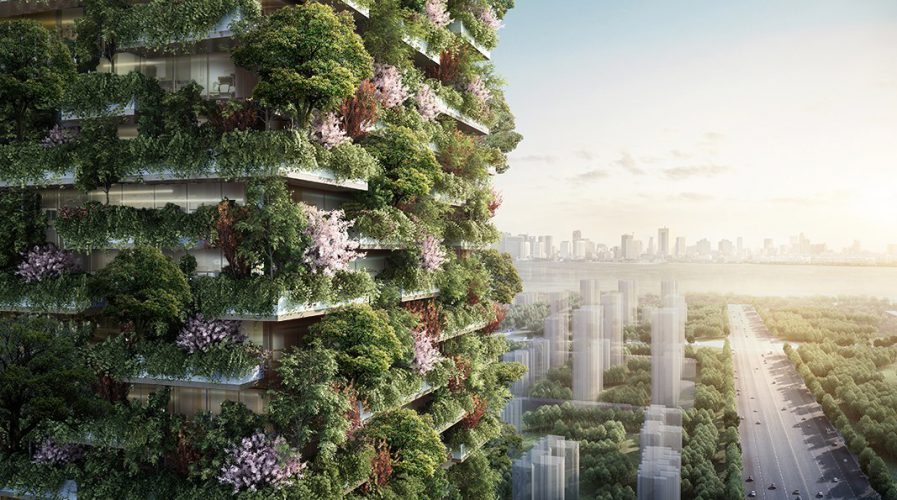 The Chinese city of Nanjing is about to get its very own ‘vertical forest’. Pic: stefanboeriarchitetti.net

TWO “living” buildings, known as vertical forests, are going to be built in the Chinese city of Nanjing in an effort to reduce the impact of pollution in the city. The towers will be bursting with flora and fauna – specifically, 1,100 trees and 2,500 plants and shrubs.

The Nanjing Green Towers project will be the first of its kind in Asia, and was inspired by similar buildings in Milan and Losanna, Switzerland. The vertical forests are a brainchild of Italian architect Stefano Boeri, who wanted to “[give] back to nature the space we are taking from it with continuous urban sprawl”.

“A real vertical forest… will help to regenerate local biodiversity, will provide a 25 tons of CO2 absorption each year and will produce about 60kg of oxygen per day,” said Boeri on his website about the Nanjin Green Towers.

The project will consist of two towers, one that is 200 meters high and another at 108 meters. The taller tower is to include a museum, green architecture school, and a private rooftop club, while the shorter one will contain a Hyatt hotel with 247 different-sized rooms and a rooftop swimming pool. 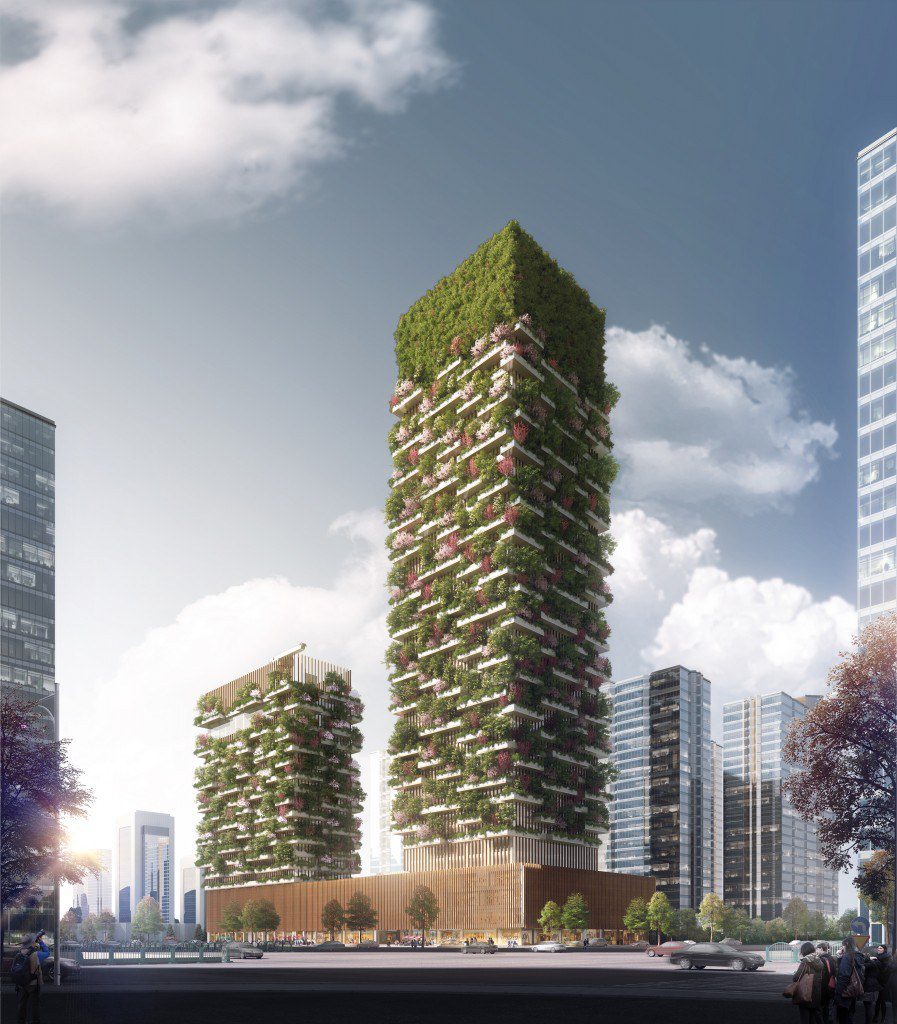 Outdoor air pollution in China has been linked to 1.6 million deaths a year in a 2015 study by members of Berkeley Earth, a research organization based in California. According to the New York Times, the report concluded that emissions in a distant industrial zone are responsible for much of Beijing’s smog.

The data also showed that about three-eights of the population of China breathes air that the U.S. would rate as “unhealthy”, with fine particles in the air that can cause damage to the human body from breathing them in.

China has been steadily increasing its efforts to combat pollution, setting aside a budget of US$2.3 trillion in 2015 to spend over the next 15 years on clean energy projects.