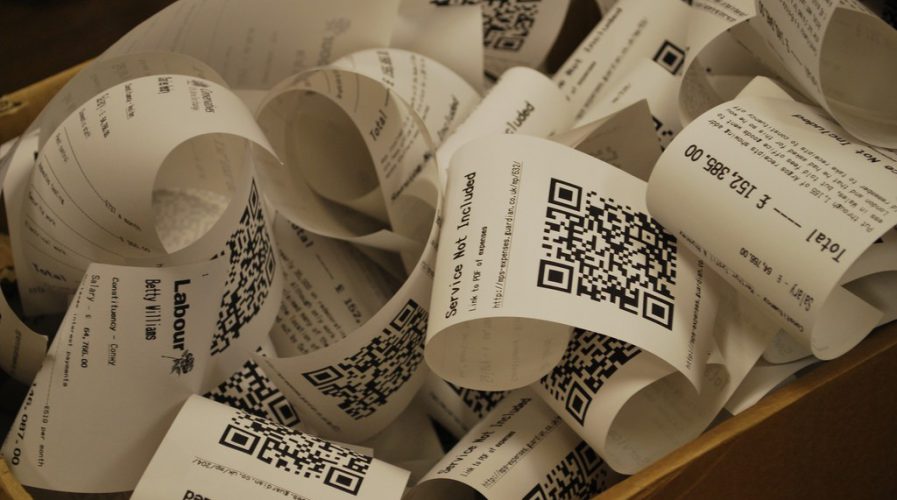 Close-up of the receipts spooling out. Source: ben_osteen/Shutterstock

But one Indonesian startup is determined to become the cartographers of the deep state world of e-commerce in Southeast Asia – Snapcart.

Snapcart has managed to raise a cool US$3 million in investment via its Series A round of funding, giving it wriggle room to really push the boat out on its analytics software. The round was led by existing backers, Wavermaker Partners and SPH Media Fund, as well as new participants, Vickers Venture Partners.

The startup aims to help multinational companies and brands such as L’Oreal, Nestle and Unilever gain an accurate and detailed snapshot of the consumer habits of Southeast Asia’s 600 million e-commerce customers. Wielding cash-back rewards as incentives, Snapcart encourages shoppers to upload their receipts onto their app’s database which is then collated into consumer insight reports.

This latest round of fundraising follows soon after a January 2016 round, during which the company raised US$1.7 million. Snapcart has already gone beyond its hometown in Indonesia; it currently houses its AI and data analytics teams in Manila and has opened up a business development office in Singapore.

Thailand is rumored to be the next market on target, but the company has yet to reveal any real plans.

The Manila teams are the backbone of Snapcart’s technology as they are the ones perfecting the optical character recognition (OCR) software which identifies line items within shopping receipts. These are the teams that will benefit the most.

“We really invest a lot because we want to make sure the data is captured in a high-quality manner,” says Snapcart CEO and founder Reynazran Royono told TechCrunch.

Snapcart currently serves a roster of 75 clients, but the general lack of big data on consumers in the region is sure to give it an advantage. Corporations and brands regularly spend billions of dollars on big data analytics in North American and European markets, which helps them improve ad targeting strategies and plan future M&A moves.

“[Southeast Asia is] a blackhole and brands don’t know what is happening,” Royono said.

#Didyouknow that this is the average amount of shopper's receipt transaction in supermarkets. #SnapcartPH pic.twitter.com/cs8gTPBBSU

Yet Snapcart isn’t too bothered about racking up a huge user base to entice clients to sign up with them. Instead, the company is actively limiting the number of users on its platform – capping it around 50,000 users per market – so that it can credit its data as representative of a country’s entire population.

If, for instance, Indonesians make up 50 percent of the e-commerce participants in the whole region, Snapcart would allot about the same amount of slots to users in the aforementioned country.

By relying on users to upload information in real-time, Snapcart would be able to provide near-instant data captures to its clients, providing granular and specific insight into consumer habits.

Southeast Asia is a largely untapped market because of its diverse demographics and lack of big data infrastructures. Snapcart would be helping brands navigate a region whose e-commerce market is estimated to experience 32 percent year-on-year growth, positioning it to achieve a value of US$88 billion by 2025. Snapcart could stand to reap a substantial portion of those profits very soon should their software prove viable.