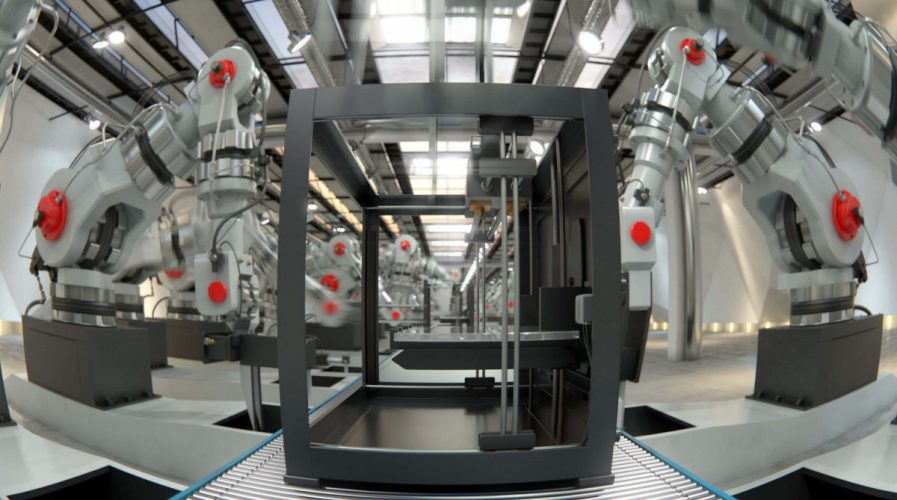 JAPAN is no longer home to the world’s largest population of robots as China took over last year.

And that’s not all – according to Tech in Asia, China is also the world’s top buyer of industrial robots since 2013.

On its high-speed road to economic success, wages are also rising rapidly, which is why Chinese businesses of all stripes are looking to automate their processes. The interesting thing is that it isn’t just manufacturers like Foxconn that are using robots, but e-commerce giants, such as Alibaba, are also following suit.

Alibaba took a leaf out of Amazon’s book and has been putting robots to work picking up and moving around stacks of goods in its logistics warehouses  Alibaba gets its work bots from a local startup called Geek+, which recently raised US$22 million in a series A+ funding round.

According to the Business Standard, a large Geek+ bot can transport up to 1,000kg at a time – far outstripping any lifting capability of humans. Geek+ says it has deployed more than 300 robots for commercial use throughout China.

As reported by the Wall Street Journal (WSJ), a shrinking workforce and cultural changes are contributing to the trend of automation in China. There has been a “rush to buy robots” as China’s population of young workers aged 15 to 59 is beginning to shrink.

The average hourly labor cost, which is the combination of wages and benefits, made up of just 30 percent of manufacturing wages in the US in 2000. That number has more than doubled to 64 percent in 2015, which makes China far less competitive in the manufacturing industry.

These changes have increased the country’s appetite for European-made industrial robots, and Chinese manufacturers bought around 67,000 robots in 2015 – which is 25 percent of global sales. Demand is forecast to reach 150,000 robots bought annually by 2018.

While wages for manufacturing workers continue to rise, the price of industrial robots is becoming more affordable. The WSJ points out robotics technology that was once “prohibitively expensive” is now considered a “feasible” resource for factories in China.

Chinese president Xi Jinping called for a “robot revolution” in 2014, in a bid to alleviate fears of a dwindling labor market caused in part by China’s fierce one-child policy, which was officially phased out in 2015. Because of the policy, economists expect to see the country’s working-age population plunge from one billion people in 2015 to 800 million by 2050.

The automation age can then be seen as a boon for businesses and organization struggling to fill the gaps, but could also spell doom for employees elsewhere around the world.

We can complain about the robot revolution all we want and be frightened by these statistics, but fact is, we as humans are seeking opportunities to be paid more for work we deem challenging. If we can stay vigilant and pursue skills unlikely to be replaced by software anytime soon, automation can be seen as more of a friend than foe.