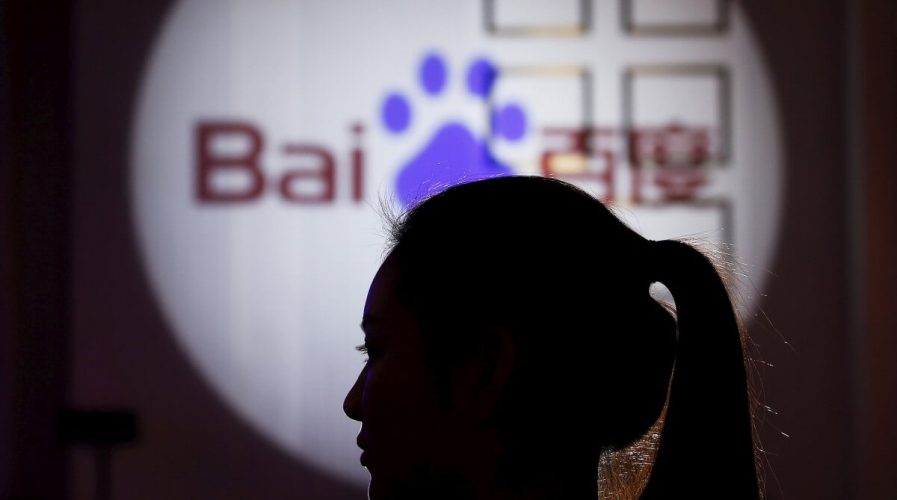 A woman is silhouetted against the Baidu logo at a new product launch from Baidu, in Shanghai, China. Source:: Reuters

BAIDU – dubbed the “Chinese Google” – has turned its significant resources to a deep dive into artificial intelligence (AI) research, particularly so in its Deep Speech translation and language software, and driverless car program.

It seems as if the company aspires to be an umbrella corporation like Alphabet or Microsoft rather than Google, as evidenced by its recent maneuvers.

The search giant has, in the last two and a half years, invested US$2.9 billion on AI R&D, reflecting the company’s planned shift away from its advertising and search engine business to a more diversified portfolio encompassing ventures into AI, transportation, food delivery and e-commerce.

“The era of mobile Internet has ended,” said Baidu CEO Robin Li in an interview with Bloomberg.

“We’re going to aggressively invest in AI, and I think it’s going to benefit a lot of people and transform industry after industry.”

SEE ALSO: Baidu enters the smartphone AR race: Is the industry heating up?

The company has benefited from government support, which is in and of itself a rarity in an industry that traditionally has its roots in the private sector and is still largely driven by innovations in the United States.

The lab will not only focus on AI technology such as deep learning, but also work towards the development of national laboratories that will research big data system software and technologies that replicate brain activities and capabilities.

It’s not all for king – or party, in this case – and country, though. Baidu has been vigorously chasing a future in the AI sphere to complement its products and services for years now. It has a several R&D centers scattered across the globe, each one developing bits and pieces of its AI program.

The teams in China – Beijing, Shanghai and Shenzhen – and the US collectively number at 1,300 people, but Baidu has indicated it has plans to continue hiring throughout 2017. 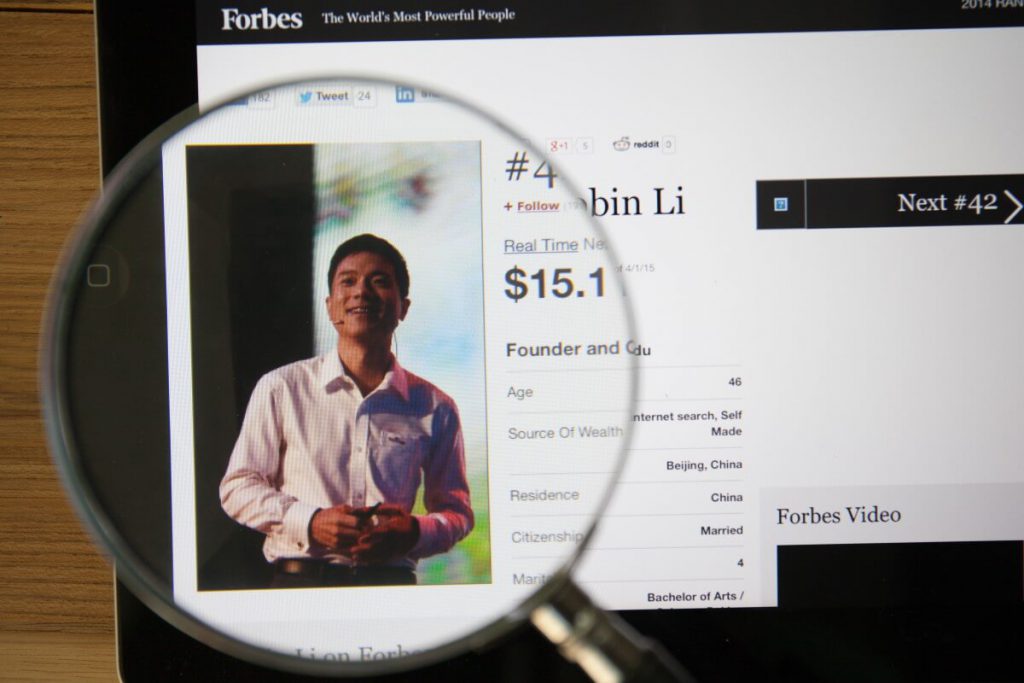 Two high-profile hires further enforce the seriousness of the company’s turn to AI – former Microsoft Corp executive Qi Lu was made Baidu COO and given the responsibility of shifting the company’s focus away from ad search technology to AI, augmented reality (AR) and image recognition.

Though it still maintains a chokehold share of the technology market in China, Baidu has felt the nip of the wolves at its heels as the ad search market grows increasingly competitive.

This should come to no surprise to anyone, especially the Chinese population where knockoff is a norm. Last September, EMarketer Ltd reported Alibaba had overtaken Baidu as the market leader of China’s digital ad market.

The company has seen their bottom lines bottom out, as revenues dropped six percent in last year, from an annual average of 30 percent in the period between 2012 and 2016. The fall was attributed mainly to China’s recent regulations on advertising practices, which caused Baidu to drop 18 percent of their advertisers, costing the company 8.2 percent in online marketing revenue.

However, revenue had already been slipping in previous years, with the fourth quarter of 2016 seeing a sharp 16 percent decline in advertisers. Baidu’s ad business still contributes the majority stake of the company’s 70.5 billion yuan (US$10.2 billion) sales revenue.

Baidu’s weakening fortunes have stoked fears in some the corporation’s days may be numbered, seeing as how their share prices have consistently slipped since well before China’s regulation of the advertising market. Yet the company appears to be preparing to arrest their fall by diversifying into AI technology.

The speech recognition system was a massive undertaking, as evidenced by the thousands of translators the company hired to render reams upon reams of foreign language texts into Chinese characters, for 15 hours a day for an entire month.

The practice is meant to create a large enough repository of words with which Baidu will train its online translation engine and challenge Google Translate’s monopoly.

This might be a long way off though, as Alphabet has a repository of 500 million English-to-Chinese word pair – Baidu has only about 100 million pairs.

“Size matters” in this case, according to CEO Li. The AI deep learning technology relies heavily on enormous amounts of information, especially in the case of the pictographic Chinese language, where characters do not necessarily have word-for-word translations and instead reach out to whole concepts. Simple concepts such as “love” or “identity” rest on heaps of context and nuanced information that machines require, far beyond the simple binary systems that computer code is traditionally built out of.

Baidu has organized many series of translation marathons now, offering translators prizes and incentives. The hope is that the system can be integrated into other products in the future, such as virtual assistants to compete with Google’s Assistant or Apple’s Siri, and Internet of Things devices such as smart homes and appliances.

“It’s a mistake to think of AI as a product – it underpins and enables product,” says HSBC Holdings Plc analyst Chi Tsang. 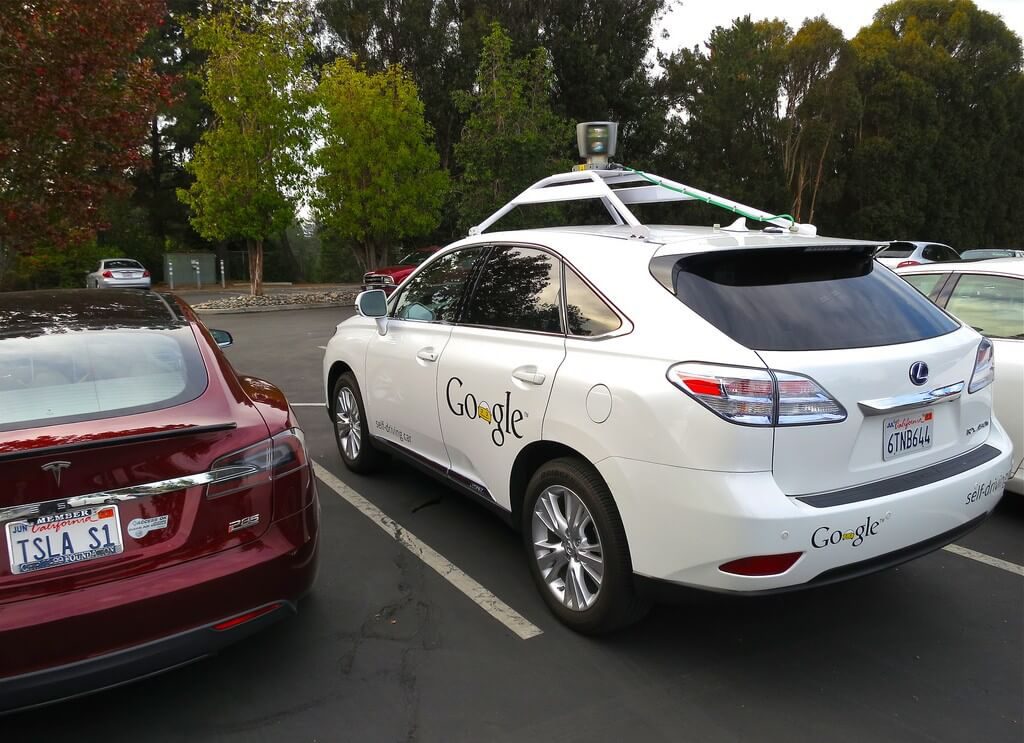 Speculation is also centered on the future uses of Deep Speech in tandem with the recent announcement that Baidu has started developing autonomous cars. They are aiming for a completed product by 2018 and mass production by 2021.

Baidu will be running in direct competition with Alphabet and Uber Technologies, both of whom have been researching driverless cars for several years now.

Even ride-sharing giant, Didi Chuxing, has thrown its hat into the ring – it has partnered with local automakers on the project.

“When we think business is promising enough and it has reached a stage that running it independently or introducing more strategic investors would make sense, we will do that,” Li said.