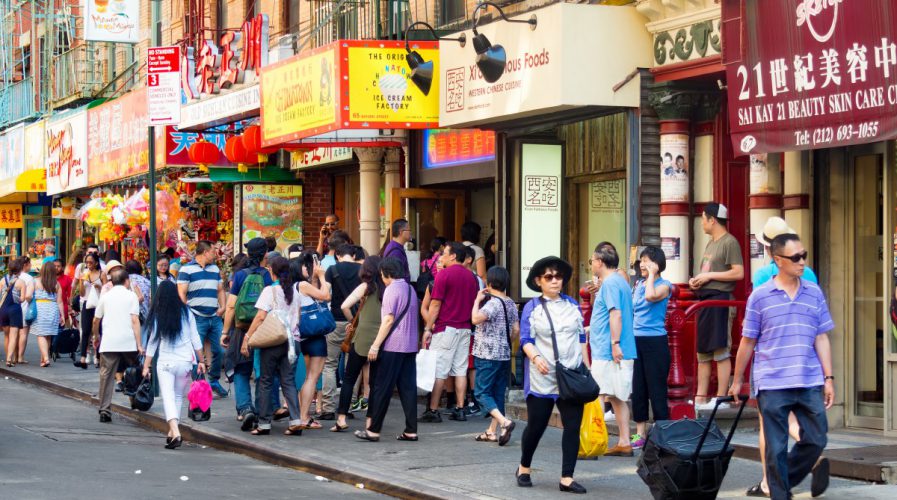 Tourists and Chinese immigrants at Chinatown in New York City. About 2.6 million Chinese travelers visited the U.S. in 2015, up 73 percent from 1.5 million in 2012. Source: Shutterstock

CHINA is one of the world’s largest consumer markets and U.S. President Donald Trump’s first month in the Oval Office has had quite the impact on it.

According to a joint study by China Skinny and Findoout, which surveyed 2,000 consumers in China, 41.2 percent have adopted negative sentiments towards the U.S. following Trump’s first month as president.

While 50.7 percent of the surveyed were neutral on the matter, 8.1 percent actually viewed the U.S. more positively.

SEE ALSO: How will China-US business relations fare under the Trump presidency?

China is also considered to be U.S’s largest export market after Canada and Mexico. According to the U.S. Census Bureau, the U.S. exported US$113 billion in goods and services to China in 2015.

According to the U.S. Census Bureau, the U.S. exported US$113 billion in goods and services to China in 2015.

Traveling and education are top service exports, accounting for US$21 billion, which were also the two most impacted categories in the survey.

The survey points out Trump’s actions affects the way Chinese consumers view the U.S. because historically, they tend to be sensitive to negative press surrounding a country.

Take Japan for example, where a territorial dispute between the two countries resulted in stark declines of 35 percent to 49 percent in the previously growing auto industry.

Trump's China rhetoric has angered its consumers as well as its politicians. That could mean less American imports. https://t.co/dpafrw0Wpy

Trump has oddly enough, managed to pique the interest of Chinese consumers in American culture, especially within the categories of movies (11.8 percent) and music (5.4 percent).

This likely has to do with increased exposure to Trump-related news, which has sparked interest in these areas.

“In an obscure way, that could help American brands who understand these motivations and can tailor the marketing mix to them,” China Skinny managing director Mark Tanner said.

Outbound travel from China is also extremely lucrative, as 2.6 million Chinese travelers visited the U.S. in 2015, up 73 percent from 1.5 million in 2012. Collectively, those tourists spent a total of US$74 million per day.

While Trump’s actions are unpredictable at best, it suffices to say for the sake of the American economy, he should consider reigning it in.