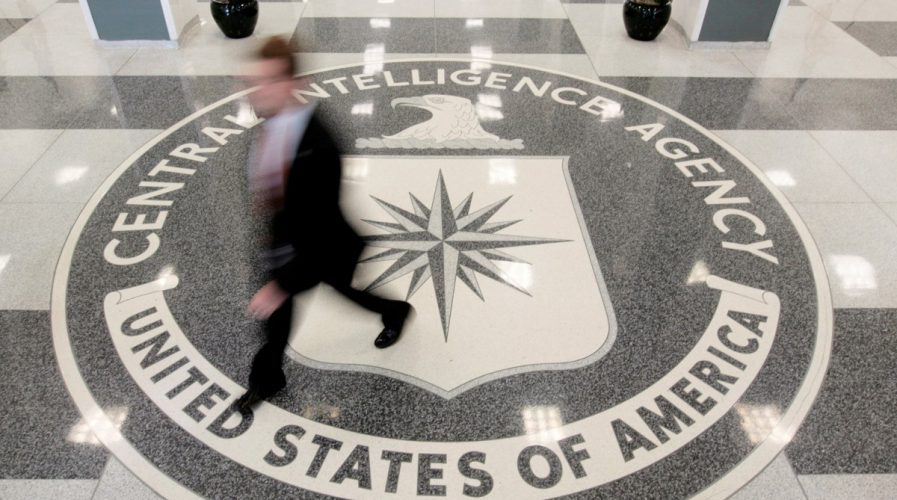 The lobby of the CIA Headquarters Building is pictured in Langley, Virginia, U.S. on August 14, 2008. Pic: Reuters/Larry Downing/File Photo

After CIA spy leaks, our paranoia must be replaced with vigilance

ANY post-Snowden paranoia you had about how your technology can be used against you is now warranted.

According to a recent WikiLeaks data dump, the CIA has developed a program called Weeping Angel to use Samsung TV microphones to “pick up and transmit information while the device appears to be switched off.”

While Apple also got a mention in the leaked documents, as the CIA is apparently privy to a number of iPhone hacks to monitor users’ conversations and messages, the news will likely weigh the heaviest on Samsung as it has been on a downward PR spiral in recent months.

Samsung TVs have a new feature called "Weeping Angel" that it really doesn't want you to know about.@timothywmartin https://t.co/EBhL5vAul0

Besides still recovering from the worldwide recall of its exploding Note 7 devices, which has cost the smartphone maker billions of dollars, Samsung’s heir Jay Y. Lee’s bribery and embezzlement scandal has been very public and painful for the company.

The Samsung TV attack, according to a statement released by WikiLeaks, was developed in collaboration with UK intelligence agencies MI5 and BTSS, which turns “the device into a listening bug that uses its Internet connection to record and transmit information to a CIA server.”

Lee Sung-jin, a professor of cyber security with Baekseok University explains that any device connected to the Internet can be vulnerable to hackers.

“There are various ways infection can happen, whether it’s by attacking the product itself or by infiltrating personal computers used by developers themselves,” he said.


Google was another company mentioned in the leaked documents, but this isn’t the first time that the tech giant has been accused of infringing on its users’ privacy.

Back in June, Google had reportedly been quietly recording many of the conversations that its users were having around its products. The feature apparently helps Google improve its language recognition tools and also ups the ante on any search engine results.

While the files can be deleted by the users themselves, it’s disconcerting to think about the stealthy power that tech companies have over our private information.

Perhaps the right approach going forward is to rethink the amount of trust that we hand over to our trusty devices and swap our paranoia for vigilance.