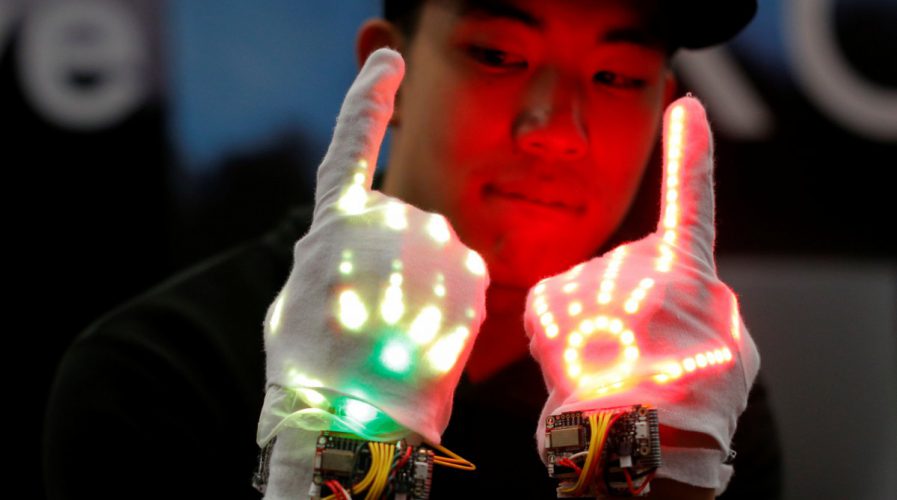 An employee demonstrates the Groove, “a wearable glove device that enhances the dancer’s expression,” at the Trade Show at the South by Southwest (SXSW) Music Film Interactive Festival 2017 in Austin, Texas. Source: Reuters.

Fashion or function? Wearable makers under pressure to meet demand for both

ARE wearables facing their twilight days?

Fitbit’s announcement of plunging profit margins had parties from all sides calling them signs of the decline of the wearable business.

The company reported huge financial losses in 2016 causing a 90 percent collapse of the peak share price it enjoyed in 2015. They also announced six percent of its staff would be laid off, and that improvement is not expected in the near future.

Fitbit’s problems are long in the tooth for the wearable industry – hardware is notoriously difficult to commodify, and companies usually run into the problem of turning wearables into habits.

Jawbone announced last year they were moving out of the health tracking business and looking to medical tech instead. It’s a hard market to compete in when virtually all smartphones are now equipped with a gamut of health apps, pedometers and basic functions.

But analysts are still bullish on the wearables market. They argue the market is not dead, as many are now saying, but in a state of transition, making it difficult to pinpoint the exact state of the current market.

Globally, shipments of wearables increased 16.9 percent in the fourth quarter of 2016, making for a staggering 102.4 million units of total shipments for the entire year. 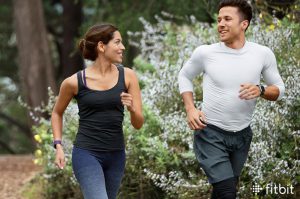 Fitbit is purported to help everyday people keep an eye on their health, but has problems fitting into everyday habits. Source: Fitbit Blog

Apple benefited greatly from the rise in demand for wearables, and saw a steady increase in sales following the launch of its Apple Watch Series 2.

Meanwhile, Xiaomi was the fastest grower in the smartwatch industry, posting 96.2 percent increase in sales. Their fortunes are a far cry from Fitbit’s falling star, but they’re indicative of the change in tastes for wearables.

What does Fitbit’s decline mean for wearables?

In fact, the success of Apple and Xiaomi’s offerings are rooted in the multi-functional capabilities of their smartwatches. With smartwatches, users can access payment platforms, such as Apple Pay or Alipay, or communication applications.

The rise of multi-function wearables speaks to the demand for apparel which incorporates tech more seamlessly into our daily lives. More designers and makers are incorporating passive sensors within products that do not require active engagement for use, and constantly collects real-time data from the individual. Consumers, however, increasingly want a singular product that can cover multiple functions without sacrificing style.

The fashion world is no slouch when it comes to the wearable tech, and have been producing tech-infused products for years. Mostly targeted at the young, connected white collar female worker, companies such as Ringly and Altruis bring connectivity to classy jewelry.

“As the technology disappears into the background, hybrid watches and other fashion accessories with fitness tracking are starting to gain traction,” explained Fitbit senior research analyst Jitesh Ubrani.

“This presents an opportunity to sell multiple wearables to a single consumer under the guise of ‘fashion.’ But more importantly, it helps build an ecosystem and helps vendors provide consumers with actionable insights thanks to the large amount of data collected behind the scenes.” 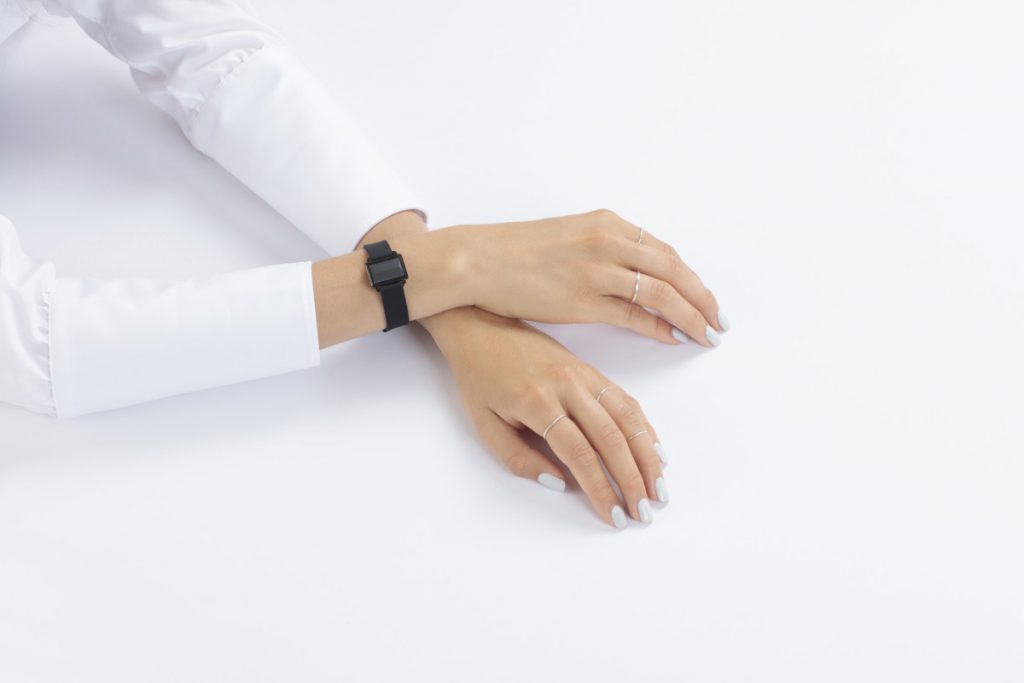 Ringly markets rings that vibrate to alert you to any calls or notifications from your phone. It’s discrete and frees you from constantly hunching over your phone.

Altruis produces similar products, but doesn’t limit you to just rings – they produce bracelets, necklaces and rings embedded with circuit boards that connect to their smartphone app, Kovert. The app offers extra customization as to who can contact you and when.

Luxury smartband, the MICA bracelet – a collaboration between Opening Ceremony and Intel – offers an elegant piece which helps users find restaurants and respond to notifications, but also comes paired with a hefty price tag.

Even established brands have begun foraying into the fashion tech scene.

Fossil has jumped onto the bandwagon by offering Android Wear smartwatches that feature either analogue or digital interfaces, in classically stylish designs. Michael Kors and Swarovski have also produced wearable tech with a stylish twist – the latter’s Misfit Swarovski Shine is a solar-powered tracker embedded with a crystal.

Of course, wearables are never quite going to escape its health tracking roots.

Bellabeat produces chic leaf pendants that help track women’s sleep and menstruation cycles, providing invaluable information about female health cycles. Wristify offers a particularly cool product – the futuristic bracelet was developed as a kind of internal thermostat that works by applying a little localised heat or coldness to your wrist.

Even payment companies, such as Visa, have gotten on board with a series of wearables aimed at improving access to payment services. The company produced bracelets and rings embedded with bendier Barclays bPay chips, effectively repackaging the clunky bPay wristbands with sleek designs that blend in with daily wear.

Popular wearables like the tech-infused jewellery are designed to blend into everyday life, even though one could argue they don’t quite achieve this so well. Such fusion of tech and practicality, however, is something Fitbit and similar products have not managed to achieve.

New innovations in smart apparel are beginning to emerge from companies such as Under Armour, Samsung and Google, as well as smaller innovators such as OMSignal and Sensoria.

Relying heavily on mostly-passive sensors, smart apparels are much like wrist trackers and medical wearables – their primary purposes is to collect data regarding our bodies’ performance and discrete information which could contribute to a detailed, overall picture of our health. 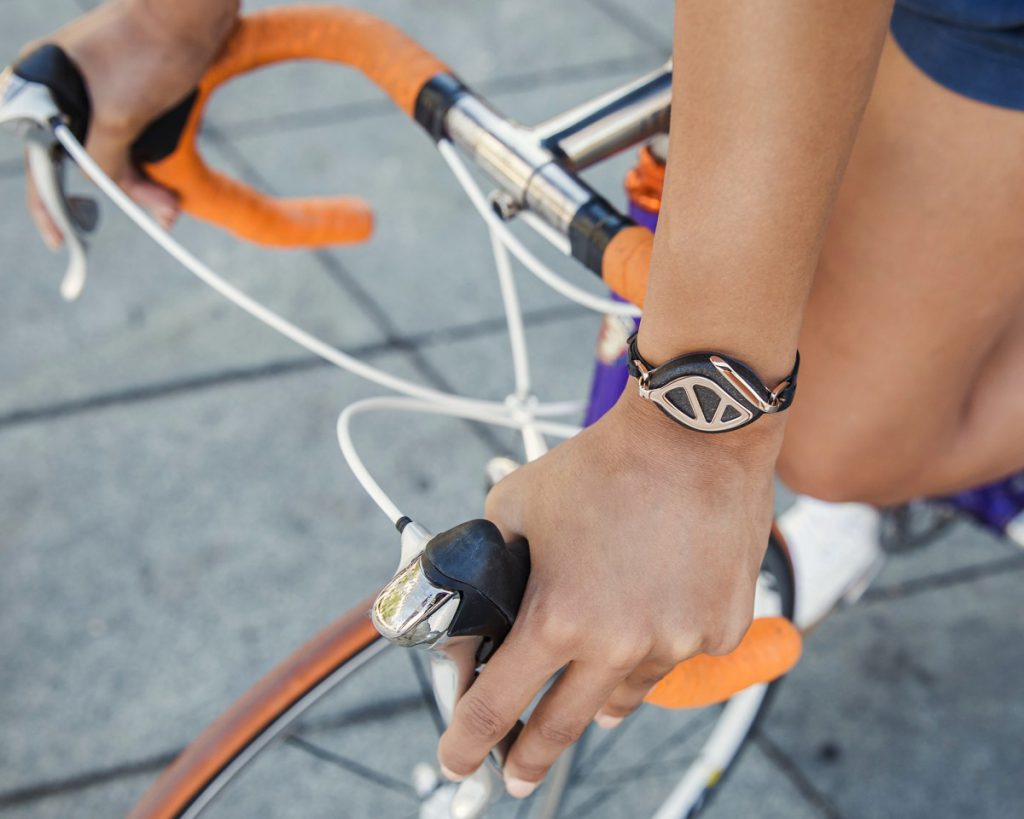 However, the big difference is that smart apparel is occasion-specific and is decidedly inconspicuous. Gadgets such as smartwatches, trackers and pendants can still get in the way, making its role as an integral part of everyday life a hard sell. On the other hand, smart apparel engages sensors directly embedded in the fabric of our clothing to provide us with a range of tech capabilities.

As with other wearables, sportswear is where smart apparel really excels. OMSignal’s sports bras can track heart rate and breathing patterns. It alerts you to changes relating to stress or distractions so that you can course correct in real time.

Sensoria’s running socks 2.0 are laden with sensors that can track detailed information about your pace, running distance and time, in order to collate data on your running style that can be shared directly with your podiatrist or trainer to help you improve.

Smart apparel for medical purposes is also experiencing a surge of interest. OMSignal’s future projects also include research into apparel for babies that will provide mothers with the ability to keep track of vulnerable infants.

Some companies are also dabbling in clothing for at-risk people that are able to monitor heart rate, temperature and for medical purposes. It can be used to alert medical practitioners to any dangerous changes in their patients’ well-being.

Even the bikini is getting a tech upgrade – French fashion company Spinali has designed swimwear that measures UV rays and alerts you when you’ve spent too much time in the sun. 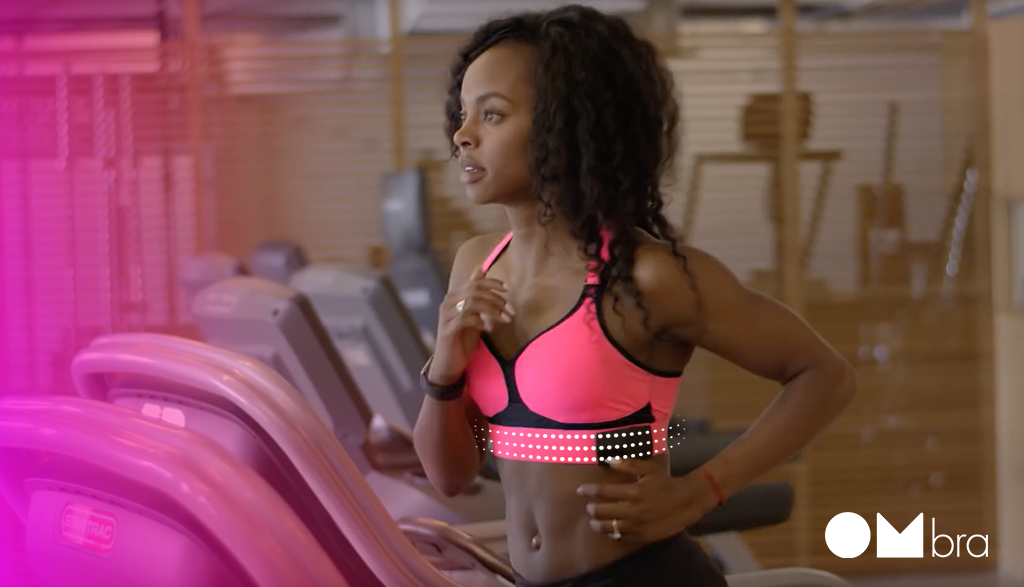 The emergence of various apparel tech companies is indicative of the changing nature of what we understand as “wearables”.

Most wearables cannot trade on the novelty of their existences, and companies must reassess the overall benefit and purposes of their products if they truly want to make these products accessible.

For now though, smart apparel lies far out of the reach of the everyman, compounded by the premium price tags on many products. But the more popular and ubiquitous the products, the cheaper the materials will become, and then who knows? Perhaps they will be essential to our lives in the future.