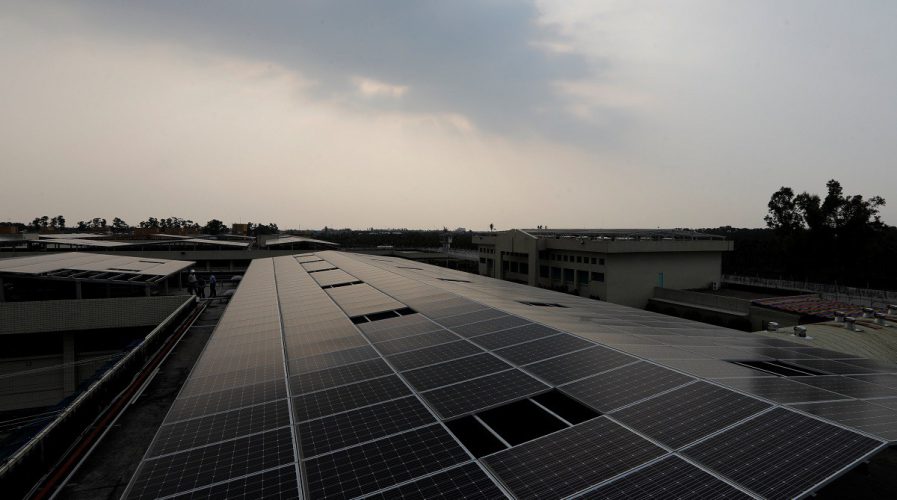 Solar panels are seen on the roof of Pingtung Prison. Source: Reuters

ON Pingtung jail’s sunlit roof, prisoner no. 24 has a view of a brighter future.

Ex-cop Chen, serving time for bribery, is learning how to install solar panels in a program that is part of Taiwan’s shimmering vision of a future without nuclear power.

The 48-year-old is working on a project which has seen the southern Taiwan prison become the first to send solar power into the island’s electricity grid.

“I should be out in two, three years,” said Chen, whose full name can’t be disclosed under prison rules, “this should help (in finding a future job).”

Things are looking up for Chen, selected for the solar team on good behavior.

But with a capacity of 1.8 megawatts, enough to supply power to 639 average Taiwanese households for a year, the drop-in-the-ocean Pingtung project highlights the towering scale of Taiwan President Tsai Ing-wen’s pledge to make the island nuclear-free by 2025.

SEE ALSO: Bill Gates’ clean energy fund means for the US and other Asian producers

Nuclear accounts for around 14 percent of Taiwan’s total electricity generation.

Renewable sources, including solar, wind and hydro, together account for less than five percent, leaving the 2025 goal of having renewables – primarily solar – account for a fifth of electricity generation by 2025 looking like a mirage.

At Pingtung prison, where temperatures outside can peak around 33 degrees Celsius in summer, the chief of project manager Taichung-based Lixma Tech Co said the arithmetic was simple: It’s not possible for renewables, dependent on weather conditions, to be a main supply source.

With plentiful sunshine at its disposal, Taiwan has certainly made progress in expanding solar energy in recent years.

From current capacity of about 1,061 megawatts, Taipei is targeting about double that amount by mid-2018, with other jails among those considering solar projects, Pingtung prison officials said.

But to match official government targets of having solar power account for 73 percent of total renewable energy capacity by 2025, Taiwan would need nearly 20 times’ current solar power capacity within nine years – about 20,000 megawatts.

That kind of power could mean panels taking up around 25,000ha of space on the island – nearly the size of capital Taipei.

While Pingtung sees Taiwan joining the ranks of countries from the US to Brazil and South Africa in developing solar prison projects, the island will have to resolve numerous serious roadblocks if it’s to implement the massive rollout of renewables it needs to meet its goals, experts and industry insiders say. 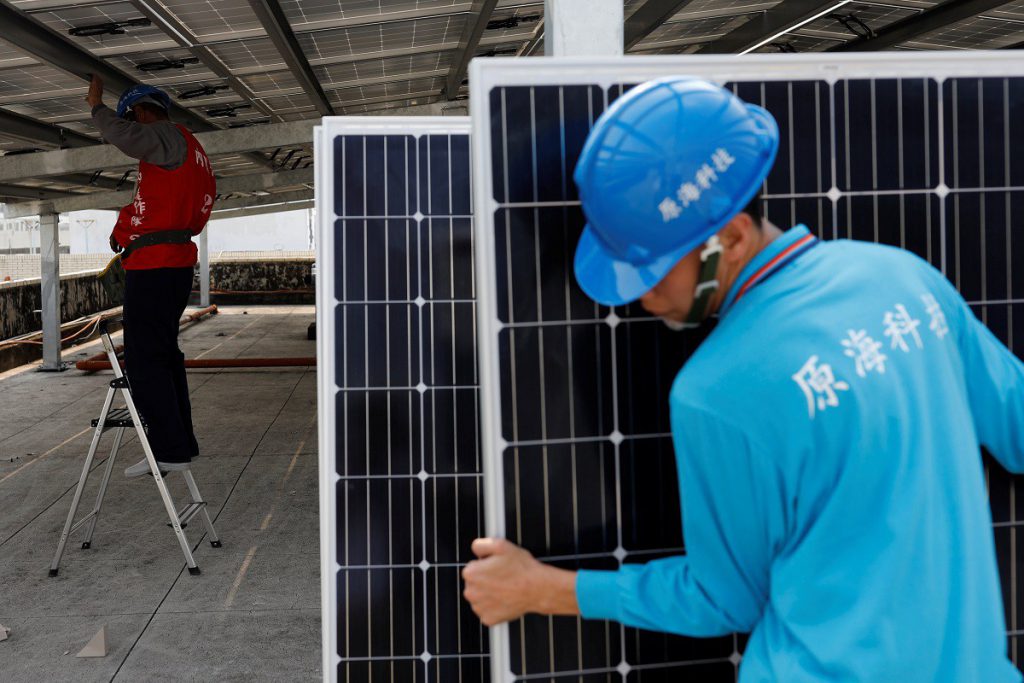 “The biggest uncertainty is how to get consensus among the various stakeholders,” said Laurence Li, head of the government’s Renewable Energy Project Office in Taipei, who says private sector players are eager to participate.

While a key player in encouraging renewables projects like the Pingtung prison, Taipower is also the principal operator of Taiwan’s nuclear energy industry, as well as coal and liquefied natural gas plants.

Financing development is another issue.

At Pingtung prison, Lixma shoulders all costs and says it will receive around T$9 million (US$292,000) a year from Taipower for the solar power from the prison.

Hsu said the firm won’t break even on the project until the ninth year of its 20-year contract with the prison and Taipower.

Better known in Taiwan for the aged soy sauce its inmates have been making for decades, Pingtung prison is content to offer its 10,000sq m of roof space for the 6,000 installed panels for the advancement of renewables.

“We are primarily a resource for absorbing solar energy,” said vice-warden Lin Cheng-rong.

“It is the companies with technical capabilities who invest and set up the solar panels and who sell the solar energy to Taipower,” Lin said.

Part of the central government’s corrections agency, the prison can’t keep revenue from the solar energy it is generating, or even directly use the power itself.

Before lights-out at 9 pm, its bulbs run on electricity from the Taipower grid.

For inmate Chen, each night brings release and the day he no longer needs his no. 24 prison vest a step closer.

Once the solar panel installation is complete, he’ll return to tending crops on prison grounds as part of his regular prison life – but with rooftop views still firmly on his mind. – Reuters