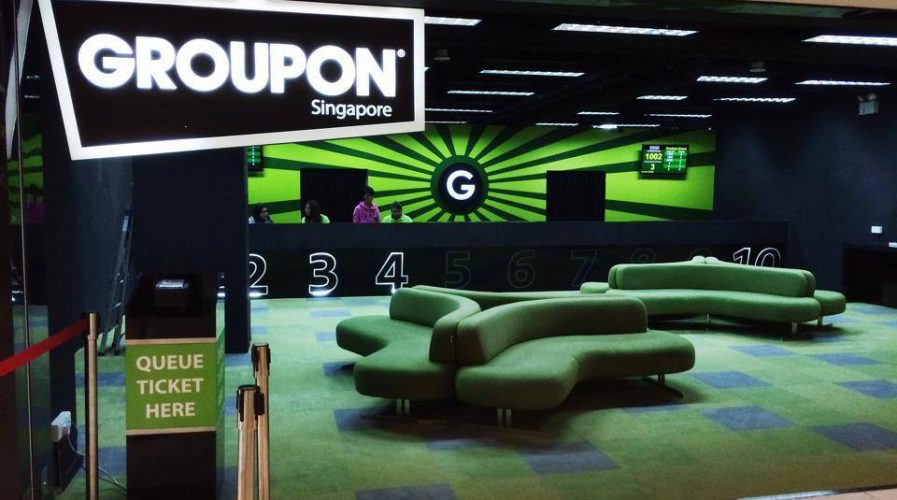 (File) Groupon Singapore’s redemption center that was opened in 2014. Image via Hardwarezone.com.

KFIT announced Wednesday that it has bought over Groupon Singapore, the third of Groupon’s Southeast Asia branches to be bought over by the gym subscription startup in the past year, as it pushes towards its goal of becoming a local e-commerce platform.

KFit, which rebranded last year as Fave, acquired Groupon Indonesia and Groupon Malaysia in 2016. According to TechCrunch, the two companies have lots in common – KFit CEO Joel Neoh was head of Groupon’s Asian operations before he went on to start KFit in 2015. Co-founder Yeoh Chen Chow also worked for Groupon APAC as regional operations director before KFit.

KFit began as a platform to help gyms gain more customers by connecting them with people looking for one-off classes and short-term memberships – similar to the US’ Classpass app. But in 2015, TechCrunch reported that the company was struggling to reach profitability just before it secured its Series A funding round, so a refocus has not come as much of a shock.

Neoh told Tech Wire Asia last year during the Global Entrepreneurship Community 2016 event that the company leveraged on its teams’ abilities to get more local businesses on board.

“Groupon approached us and were exploring opportunities to expand their Asia business – which I used to run, so it was mostly an internal conversation,” he said.

“They said that if KFit was already expanding out into categories, then it makes sense for us to inject our [Groupon’s] business into yours.”

The company is also thinking in terms of digital payments, and wants to emulate China, where many people pay for goods and services via apps like WeChat or Alipay.

“Fundamentally, it’s about more sales for business and convenience and savings for customers,” Neoh added.

“I foresee that in the next five years, digital payments will be the biggest driver of digital and economic growth in the world. You can already see it coming, and it’s already happening,” he said.