THE Asean Data Analytics Exchange (Adax), Malaysia’s and the world’s first physical data exchange, opened its offices in The Vertical, Bangsar South, located in the satellite town of Petaling Jaya.

Adax was conceptualized as a centralized locale which would provide the best and the brightest big data minds in the region with a space to innovate new data technologies and conduct research . The initiative is spearheaded by Malaysia’s Digital Economy Corporation (MDEC) and is part of a three-pronged approach to turn Malaysia into Asean’s big data analytics hub by 2020.

"In line with Msia's goal, we aim to produce 20k data professionals by 2020 out of which 10% are data scientists" – @sharalaaxryd, ADAX CEO pic.twitter.com/J2dx52GuvL

Back in March 2016, MDEC announced it would be developing strategies to drive big data analytics in Malaysia, which manifested itself in the Big Data Week Asia (BDWA) conference – which took place last November – and the opening of the Adax office.

“As businesses embrace digital technologies and solutions to drive sustainability, a pragmatic approach to big data adoption is ever more critical,” Adax CEO Sharala Axryd said at the launch yesterday.

“Adax will serve as the physical platform which facilitates access to key elements of the big data analytics ecosystem. This includes talent, funding, technology, and support.”

The organisation will work in partnership with local and international partners to produce content, workshops and research accessible by players from all over the region. Those players include big names such as IBM, Microsoft, Open Data Institute, SAS, Cloudera and The Center of Applied Data Science in Malaysia.

SEE ALSO: Talend’s Calvin Hoon on how Malaysia can become the big data hub of Asia

Workshops and training offered by Adax is aimed at producing the next generation of data scientists to continue to lead innovation, as well as equip professionals with the know-how to apply big data systems to drive growth and productivity in regional economies.

It’s an encouraging move by the Malaysian government and supporters from all across the region.

The adoption of big data science in Asia is a pockmarked record – Mohit Sharma, lead marketing developer PromptCloud, claims Asian companies are “fence-sitters” when it comes to integrating big data into their systems compared to their western counterparts for whom big data is encoded into every aspect of life. 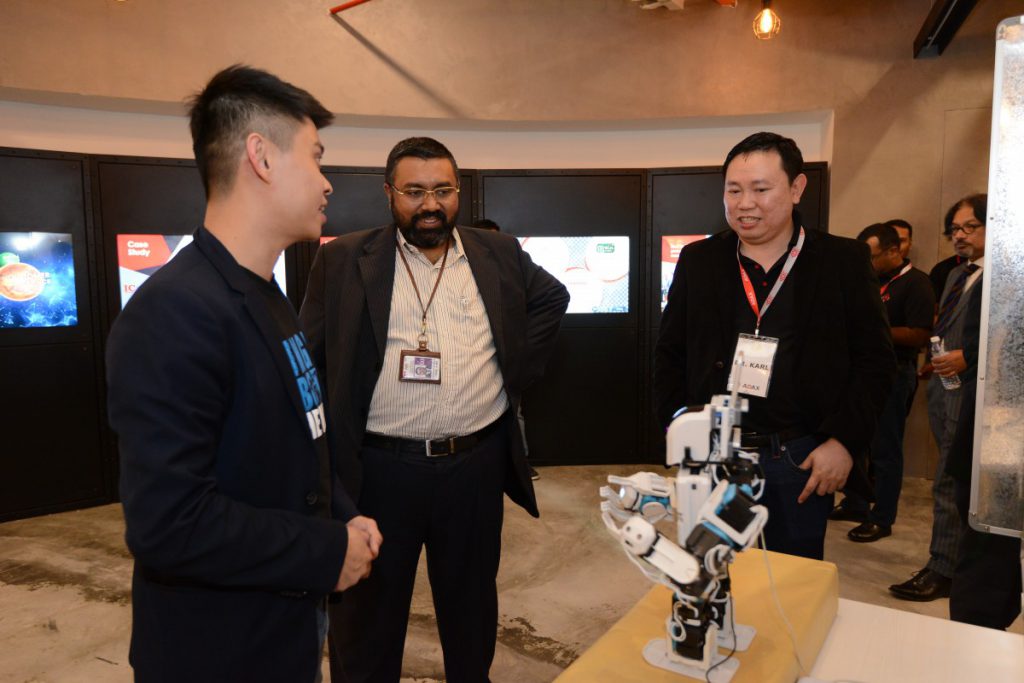 The breakdown of that fund reveals RM15 million (US$3.4 million) is specifically set aside to empower female leaders in the data science industry, a demographic sorely underrepresented in STEM sectors everywhere.

The other RM150 million (US$33.9 million) will be allocated to fund training to produce data scientists who can be funneled into the industry that is sorely lacking in manpower.

The culture Adax and the HRDF intend to cultivate is a knowledge ecosystem wherein individuals from all over the region will be able to collect, store and share information in the ordered efficient manner usually associated with academia.

The organisation is positioning itself as a repository of data which will be made accessible to professionals and businesses. To this end, Adax will also act as a library of information wich will work towards preserving and archiving collected data pools.

Sharma notes the growth of big data frameworks in Asean face several problem, such as the lack of training and existing professionals, as well as the multi-linguistic character of the region. ADAX seems well-poised to address those problems, particularly in relation to sourcing talent and developing it.

By centralizing its headquarters within the region and partnering with local organisations, Adax will be able to overcome its linguistic issue, and perhaps even cultivate its multicultural attitude as an edge over other regions.