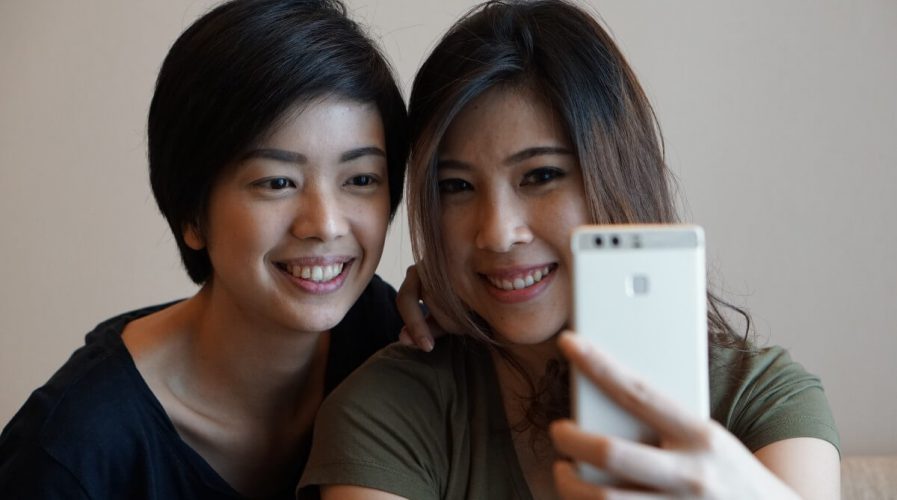 China’s obsession with beauty coupled with the tech age’s selfie culture has birthed a heap of virtual beautification apps, such as MakeupPlus, Spring, Snow, and B612. Source: Shutterstock

MEITU, the developer of the titular viral beauty-enhancement app, has just produced its second billionaire – co-founder and CEO Wu Xinhong – since its listing back in December 2016.

Meitu’s first billionaire was Wu’s founding partner, Cai Wensheng, whom Bloomberg index reports to have amassed a fortune of US$2.7 billion.

Cai,  “legendary” angel investor in China’s technology scene, has been dubbed the “Grassroots Angel” for his long involvement in the industry.

Despite a muted debut on the public market, Meitu’s stock has enjoyed its longest winning streak since it debuted on the Hong Kong Stock Exchange.

Its coming-out was greeted by a 10 percent fall in price, though it managed to raise US$629 million in what was Hong Kong’s largest technology IPO in a decade.

Meitu saw their extended gains on their share price after a second equity-trading link between Hong Kong and the Shenzhen exchange was implemented. A 5.6 percent extension jumped to 11 percent on Tuesday, thus boosting Wu’s net worth into the billionaire category.

The stock’s performance was heralded as a sign Hong Kong’s capital market is transitioning to the new economy. Cai noted Meitu’s success could encourage “more startups to list their shares in Hong Kong”.

The country’s obsession with beauty coupled with the tech age’s selfie culture has birthed a heap of virtual beautification apps, such as MakeupPlus, Spring, Snow, and B612.

Though roughly 95 percent of Meitu’s revenue is generated through sales of branded mobile phones, it was the phones’ in-built beauty app that puts the company on the map.

The app has cultivated a loyal base of beauty-conscious users, and is gaining ground abroad. Last October last year, Meitu claimed it had 430 million users outside China.

Despite its virality in China, the app has garnered criticism from the West.

Some have leveled charges of racism because of the app’s skin whitening applications. Some have called into question the app’s appeal to overseas audiences – the beauty standards that exist in China simply do not translate in the West.

Of note: the Meitu app removes nearly all traces of melanin from ones skin.

The app has also come under fire for seeking excessive permissions from users – the app asks for access to GPS and other data that the company collates in order to produce reams of ad tracking data.

Meitu released a statement claiming, “Meitu’s sole purpose for collecting the data is to optimize app performance, its effects and features and to better understand our consumer engagement with in-app advertisements.”

Yet concerns remain about the risks the app poses as well as the long-term viability of the company, which has yet to become profitable.

Like many tech companies, the ability to monetize their technology has proven elusive despite outsized reach. The company lost RMB2.2 billion (US$320 million) in the first half of 2016, and is still operating in the red.