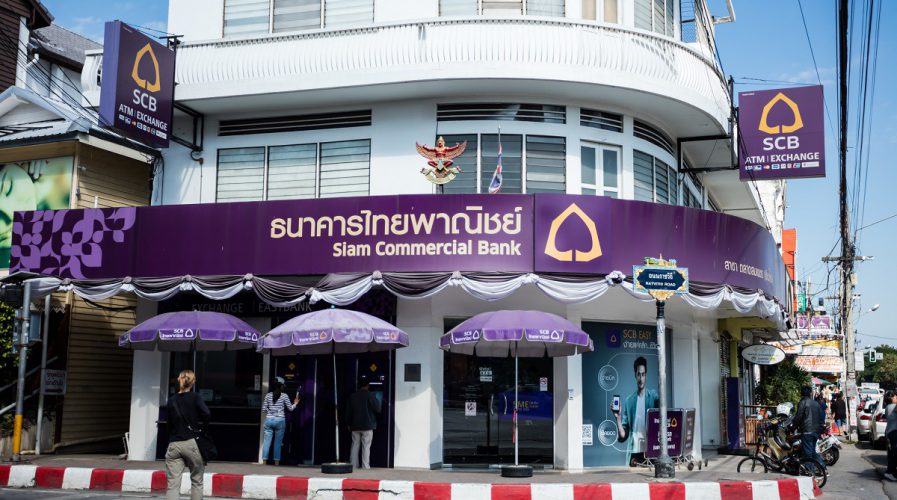 Siam Commercial Bank is banking on a lifestyle-payments app in order to bring it to the future. Source: J. Lekavicius/Shutterstock

PREDICTIONS from analysts over the last few years have consistently warned banks would stand to lose the most from the fintech wave sweeping into everyday life across the world. In 2016, fintech transactions accounted for a staggering US$769.3 billion, according to Statista.

Governor of Malaysia’s central bank Bank Negara Malaysia Datuk Muhammad Ibrahim, quoted a report by consultants McKinsey & Co that 10 to 40 percent of banking revenue would be at risk over the next decade, largely due to innovations in the startup fintech sector.

“Fintech is challenging the status quo of the financial industry,” he said.

Unlike banks, startups are more agile, and are not burdened with legacy technology and large bureaucracies. They have pricing advantages that banks do not, and are subject to less regulation by governments.

However, the oldest bank in Thailand, Siam Commercial Bank Plc (SCB), is looking evade a slow death with a foray into the fintech world that will hopefully modernize the banking world. The bank plans to transform its perfunctory mobile payments platform into a lifestyle app that aims to be be seamlessly integrated as part of everyday life. The app is expected to be launched within the next few months.

The bank envisions the app will play an integral role in its users’ lives, by allowing them to not only make payments easily, but also act as a kind of one-stop destination for restaurants, cinemas, concerts and entertainment listings users can search while on the go. The app appears to be modeled on the Apple Pay and Alipay payment platforms, but its dreams are bigger as it aims to go beyond day-to-day banking.

“What I want one day is that you’ll see SCB’s digital platform isn’t just a banking platform; this is how you reach out, this is how you gain customers,” CEO Arthid Nanthawithaya told Bloomberg in an interview.

The bank’s plans for the app fit closely with strategies being implemented by banks jealously defending their market share. SCB’s competitor, Kasikornbank Pcl, was announced to have partnered with various online partners to develop its own payment platform, which already has an Alipay component.

In addition to its app development, SCB is also looking to invest THB20 billion (US$570 million) in technological updates for the bank as a whole. As the oldest bank in the world – it is now aged 113 years – SCB will benefit from a technology update in order to compete with smaller fintech savants that are beginning to crop up more and more in the market.

Such updates must go beyond just an upgrade of technological systems, however, if the bank is to stay relevant and continue to compete with the agility of non-bank entities.

Arthid notes the bank is currently working on assessing how best to manage their talent, and provide effective training in order to push more productivity and streamline operations. Banks remain a labor-intensive industry, but banks’ large workforces could prove to be an asset should workers possess up-to-date skills and knowledge.

The bank was founded in 1904 by Thai royalty and despite the rising tide of fintech, remains the largest bank in Thailand by market capitalization, and retains high brand recognizability. The bank clocked in a reduced net income of THB47.6 billion (US$1.4 billion) in 2016, down 10.6 percent since 2014. It benefits from a 21 percent stake owned by the Crown Property Bureau, quasi-government agency put in charge of the property owned by the national monarchs.

That relationship with the government might serve SCB well in the future if they are able to work with government parties to investigate currently banking regulations that disadvantage them.

“Further easing of regulations will open the gates for top global fintech providers such as Alibaba and Tencent,” said Korn Chatikavanij, a former Thai finance minister and president of the Thai Fintech Association, told Bloomberg.

“That fear and threat has woken up big Thai banks.”

Cash is still king, in Thailand, however, despite digital banking rising by a third in 2016. Banks will have to work with the government to push increased use of mobile and Internet banking platforms, alongside developing their own products.