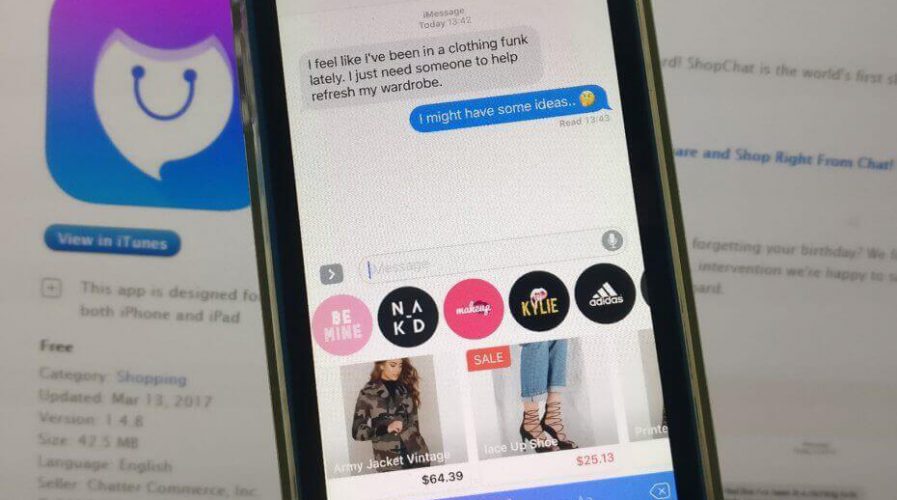 ShopChat users can browse and buy from online shops while chatting as well as share the product they’re about to buy with friends. Source: Twitter

RAKUTEN might be investing in the future of mobile keyboards, and abetting online shopping addicts in the process.

As reported by e27, the Japanese e-commerce giant led a US$1.25 million round into ShopChat – an American startup which has developed a “mobile shopping keyboard”.

ShopChat works just like a third-party emoji keyboard would: Users can browse online shops and make purchases while chatting as well as share the product they’re about to buy with friends.

ShopChat claims to be the first in the world to develop such an app and is currently patent-pending. 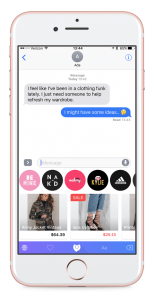 According to the startup, it has signed up 100,000 users while in beta and 32 percent of these users have shared a product with friends via chat. The app, currently only in iOS, works with the likes of Apple iMessage, Facebook Messenger, Viber, WhatsApp, WeChat and so forth.

According to ShopChat co-founder and CEO Zephrin Lasker, while shopping bots were once hailed as the future of e-commerce, users have hardly begun to warm up to them.

“No one really wants to talk to a computer, any more than they want to talk to a voice response system. That’s been the problem with shopping bots,” Lasker said in a release.

“What people really want is a better way to share products with friends, and to be able to buy right from chat, where they are already spending most of their time.”

And “spending most of their time” is right, as a 2016 AppAnnie report points to usage penetration of top messaging apps being off the charts – with countries in the Asia-Pacific region in the lead. Specifically, 90 percent of iPhone users in China and South Korea have been active users of messaging apps since 2014.

Not to mention Asia is home to a number of mobile-first markets where mobile commerce is hardly a trend of the future, but of the present. It is in Asia an app like ShopChat can be particularly dangerous for online shopping addicts – as users are already comfortable with making purchases on their mobile devices.