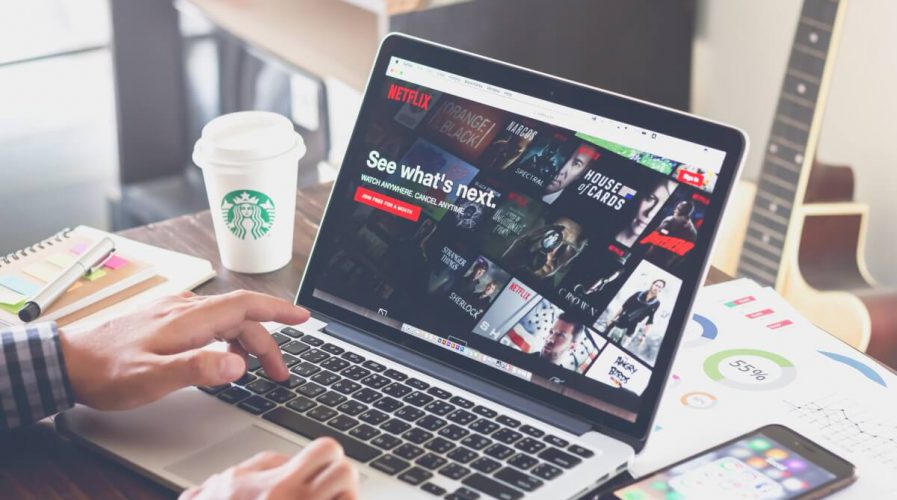 Online video platforms have been rapidly colonizing the digital content market and changing the way we consume content. Source: Shutterstock

SUBSCRIPTION video-on-demand (SVOD) have carved out their place alongside cable network.

However, in the years since Netflix’s burst and subsequent rise on a wave of original content, online video platforms have been rapidly colonizing the digital content market and changing the way we consume content.

Globally, the SVOD sector is huge; analysts estimate the number of homes with SVOD services will number at 428 million by 2021, bringing in revenues of US$32.18 billion – 18 times more than what was recorded in 2010, proving SVOD has become a robust industry that is only going to continue growing.

According to Digital TV Research, Asia is set to be the market for SVODs by 2019, with the Asia Pacific region on course to be the market leader. The region has seen lots of growth in the sector in just the last three years.

In January, Netflix launched in 18 Asian countries simultaneously, opening itself up to regions that previously could not access the world’s leading SVOD service.

Media Partners Asia estimates the company could see nine million subscribers by 2020, making the media giant a huge player in the game. Even Amazon has been rumored to be planning a move into the region.

As a result, traditional television has suffered. In Singapore, telcos StarHub and Singtel – who operate pay-TV outfits – have seen their subscriber numbers plummet. Starhub lost 35,000 in 2016, while 11,000 dropped out of Singtel’s packages in the first half of the 2016-2017 financial year.

In comparison, SVOD content consumers are doubling. Malaysia’s homegrown iflix has achieved a subscriber base of more than two million in the three years since its inception making it the fastest-growing Internet TV service in the Southeast Asian region. The Philippines’ Hooq now serves more than a million people in four countries.

Of course, iflix has been the region’s big success story in the SVOD sector, and has been dubbed the “Asian Netflix”. The service garnered one million subscribers within its first six months, and has since launched in 10 countries. It most recently entered Myanmar and has plans to reach out to regions in the Middle East and Africa.

The service provider has exclusive rights to content such as the critically-acclaimed Mr. Robot, BBC’s And Then There Were None, and Syfy’s The Magicians.

The hiring of former Netflix heavyweight  Sean Carey as their group chief content officer, and Disney’s international tech head, Emmanuel Frenehard suggests iflix is getting increasingly serious about their content.

iflix’s regional competitor, Hooq, on the other hand, has been slowly but surely expanding throughout the region – the company most recently entered Singapore in November 2016, and has viewer bases in Thailand, India and Indonesia.

The service has a massive library: 200,000 movies and TV series from Hollywood and Asia. Hooq CEO Peter Bithos highlighted the service’s wide variety of content: “We spent 18 months putting together the content catalog that is up to the diversity of this market.”

Bithos’ point is pertinent, as one of the great challenges that faces Netflix and other foreign competitors in Southeast Asia is the cultural and linguistic fragmentation of the region.

“Here, you need Bahasa, Filipino, Hollywood, and you also need Chinese and Malay…If you don’t have that blend, you end up as a niche and interesting to only a very small segment of Singapore” –  Bithos

Netflix has often been criticized as lacking in linguistic diversity – the development of their non-English offerings is recent, and often lacks the cultural flavor many in Southeast Asia are used to.

Asia’s cultural diversity will make it difficult for Netflix to keep up with Hooq and iflix, who already have direct access to Asian content makers and are making full use of it. iflix has contracted with Korean content makers KBS Media, iMBC, SBS, and CJ E&M for exclusive rights to their serials. Hooq boasts collections of Filipino content, usually inaccessible outside the country.

Overall though, SVODs will face infrastructure roadblocks throughout the region.

Internet penetration in the vast majority of Southeast Asia is paltry at best – numbers are high in countries such as Thailand (42.7 percent), Malaysia (68.6 percent) and Singapore (82.5 percent), but are poor in Indonesia (20.4 percent), Laos (15.7 percent) and the Philippines (2.5 percent).

The numbers are climbing, but slow Internet connections (a measly five mbps in Indonesia) will hamper the reach of SVODs for the time being.

SEE ALSO:  Vietnam Internet users will have to put up with slow connections for six days

Koryo’s move coincides with iflix’s entrance to Myanmar and could further expose the country to the influence of SVODs, but it could be read as a drop in the bucket. Further structural problems such as an insufficient energy system could further hamper the growth of SVODs in the emerging markets of Southeast Asia.

Yet, the SVOD market will continue to grow in parallel with the amount of players in the market.

Netflix already has a sizeable presence in the region and he BBC has just announced the launch of a VOD service called “Player” in Malaysia and Indonesia. But local enterprises will not give up without a fight.

Things are only just heating up in Southeast Asia as the SVOD pie only grows and grows.