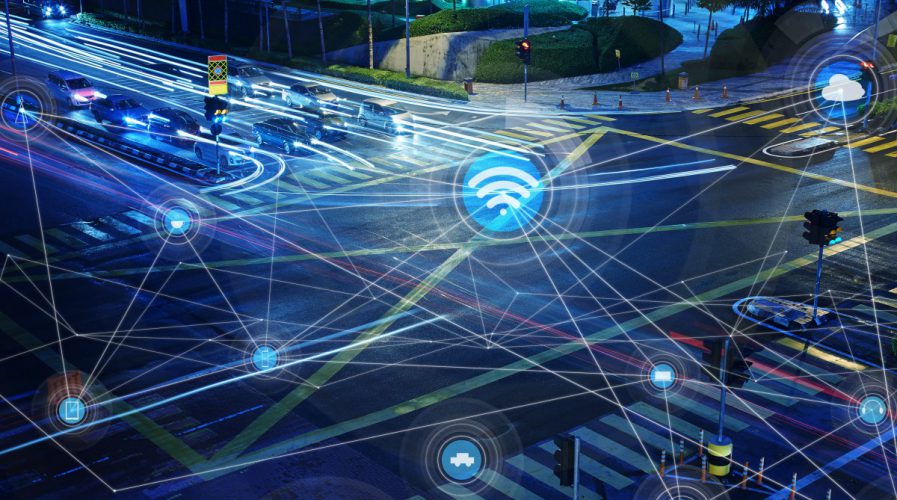 Connected cars are vehicles equipped with Internet access and a wireless LAN, allowing passengers both inside and outside the car to connect various devices. Source: Shutterstock

They will be developing technology that will allow in-car passengers to access the Internet while on the move, and aim to base their innovations on 5G connections.

After driverless cars, connected cars appear to be the next frontier in automotive technology. Connected cars are vehicles equipped with Internet access and a wireless local area network, allowing passengers both inside and outside the car to connect various devices.

According to Nikkei, wireless connectivity is a crucial step in the development of safer self-driving vehicles, and will actually help companies quickly move on to mass production and commercialization.

The research into connected cars is a Smart Society initiative, aimed at using technology to untangle the various problems caused by urbanization, such as congestion, extreme pollution and logistics.

Though there are few details on the nitty-gritty, a field trial is slated to happen in 2018. Toyota and NTT will work together to set up big data analytics and artificial intelligence frameworks that will be integrated with the vehicles. The entire system will be managed and supported by an IT and data center armed with state-of-the-art infrastructure and equipment that will parse large quantities of collected data.

The partnership will be largely focused on preparing the cars for global scaling, but will also look into other areas such as the development of IoT products and improving safety standards for vehicles. NTT hopes to give itself a presence within the automotive world of Japan, which is mostly dominated by Toyota and Honda.

SEE ALSO: Samsung buys Harman for $8b as a foot in the door of connected car market

Roles and responsibilities within the partnership are divided on each company’s strength.

Toyota released a press statement detailing the division of labor within the marriage of the two companies. Toyota will take on the responsibility for developing and researching an ICT platform that will support all connected cars and the big data infrastructure. That information will be parsed by NTT, who will also focus on scaling globally and provide the necessary artificial intelligence systems.

NTT Group will leverage on its Data Corporation arm which will accumulate the data collected by Toyota and generate them into insights and analytics that can be used to improve the performance of the cars.

Th 5G system was the obvious choice, as it represents next-generation Internet connectivity speeds that are ten times faster. NTT Docomo – NTT’s mobile arm – and Toyota will investigate and endorse the application of 5G mobile communications services as a standard automotive connective platform.

Though the relationship between the telecommunications provider and Toyota should prove to be fruitful, this is not Toyota’s first rodeo with connected cars. The company is currently partnered with another local telco, KDDI, to work on 4G-connected cars. Either way, the future of transportation looks more connected than ever.