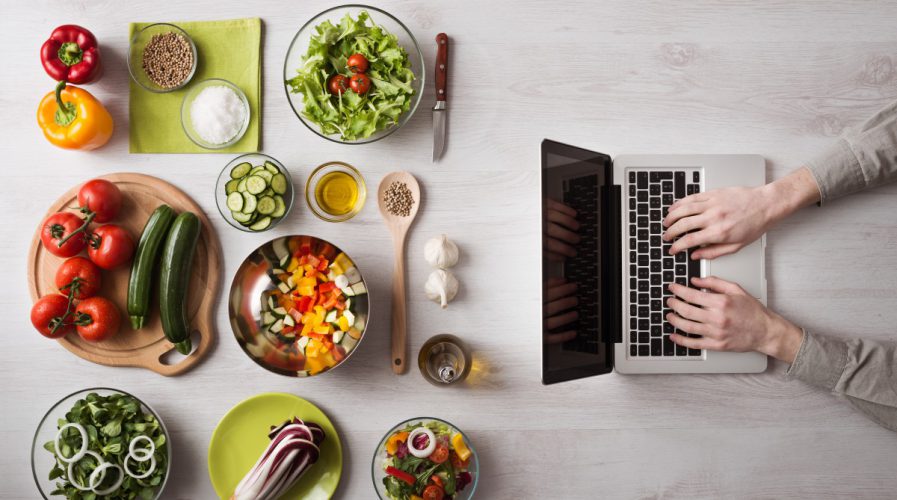 With the power of blockchain, vendors can double check the authenticity of their stock at any point in the supply chain. Source: Shutterstock/Stock-Asso

BLOCKCHAINS are being implemented in every aspect of life, from JPMorgans’ business communications and operations to the foundations on which cryptocurrencies are built upon.

Alibaba is taking an innovative approach, using blockchains to tackle an old problem that has plagued China – fake food.

China is no stranger to the phenomenon of fake merchandise, but in recent years, fake food has become pervasive. Just about any food could feature synthetic products: fake eggs, fake rice, fake soy sauce, fake spices and more flood the Chinese market, endangering lives with chemical components and lack of quality control. In mid-January, Beijing authorities raided several factories who were churning out counterfeit produce which were distributed through grocery businesses.

Even e-commerce giant Alibaba has begun feeling the effects.

Alibaba will implement a blockchain system to fight the persistent problem of fake food flooding its grocery services. The online public ledger that blockchains produce will be harnessed into a giant global spreadsheet from which Alibaba can track and verify genuine products from authentic manufacturers throughout the supply chain.

The goal is for Taobao and Tmall vendors – who act as middlemen between supplier and consumer – to cross reference the authenticity of their stock against the Alibaba blockchain and hopefully weed out the dangerous fakes.

The company will be working with Pricewaterhouse Coopers (PwC), Blackmores and Australia Post to set up and trial the blockchain fraud system. The pilot scheme will be implemented in Australia and New Zealand, which are the main and most popular source countries for Alibaba’s produce.

Quality control is a concern that continues to crop up among those of who are wary of online grocery services. Products from China are notorious for its quality, inspiring “Made in China” jokes, so consumers are understandably worried.

It has been estimated by Michigan State University the globe loses out on US$40 billion annually due to fraud. Alibaba’s new system, if successful, could signal a new era for China-made products and greatly improve profit margins for everyone.

Blockchains are particularly suited to rooting out fraud. In a normal transaction, there are too many points in the supply chain where items can be tampered with.

In a blockchain, the information is spread out and each change in the ledger is irreversible – for example, if transaction A’s details are tampered with, a record is made and exists in the public domain forever.

“Unlike an owned security system,” writes Dan Matthews in Raconteur, “one created by a company and licensed to, say, a bank, the blockchain’s distributed ledger is diffuse and there is no obvious place for a fraudster to start chipping away.”

Furthermore, because it exists in simultaneously-updating programs across the world, collective consensus is needed to make anything meaningful happen. Thus a hacker would need to change information across all ledgers, a virtually impossible feat for any one person to do.

“It is not centralized and that is important, therefore there is no single point of failure,” explains Dr Kevin Curran, senior member of the Institute of Electrical and Electronic Engineers and reader in computer science at Ulster University.

The use of blockchain to prevent food counterfeiting is not a new idea. Bitcoin Magazine reported on an effort by a collective of companies under the name arc-net that began using blockchain to control the quality of the food that gets fed into supermarkets. When the horsemeat scandal hit Europe in 2013, these companies turned to blockchain to win back consumer confidence.

A digital copy of a DNA sample – which includes such salient details such as country origin – is attached to each item, thus “bringing traceability to the item level, rather than to an entire batch, thereby allowing businesses to track each item throughout every stage of the supply chain”. Vendors can compare the digital marker against the blockchain to ensure its authenticity at any point in the supply chain.

Alibaba stands to win the most if their blockchain ledger succeeds in cutting out dangerous fakes from its market. The company has been aggressively investing and expanding its online grocery system, all the better to oust Amazon who has been eyeing a solid entry into the Asian region. Furthermore, the effect could spread across to Alibaba’s other businesses. Non-grocery like DVDs and handbags on the Alibaba platforms have earned the company’s vendors a reputation for peddling fake items.

“Because counterfeiting is such a low-risk crime, it’s hard to imagine how we can effectively rid society of counterfeit goods,” said  Alibaba founder and China’s second richest man Jack Ma.

“We need to fight counterfeits the same way we fight drunk driving. For example, if the penalty for even one fake product manufactured or sold was a seven-day prison sentence, the world would look very different, both in terms of intellectual property enforcement and food and drug safety, as well as our ability to foster innovation.”