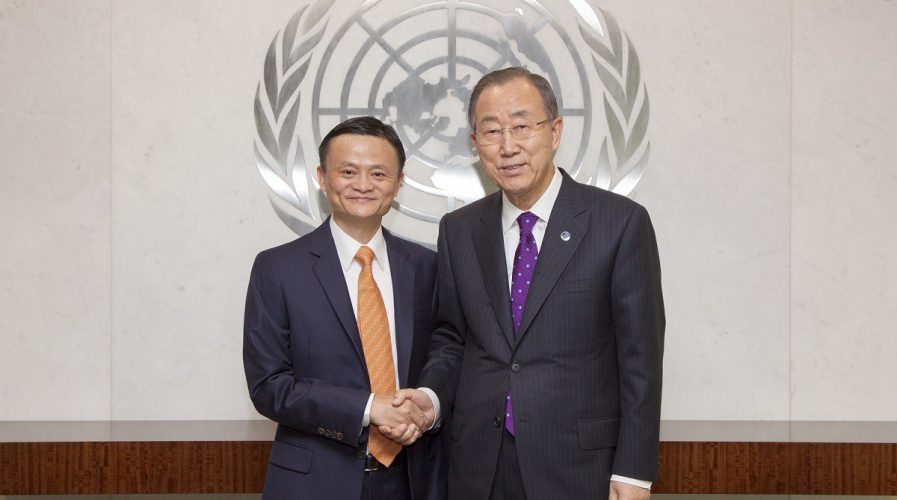 ALIBABA executive chairman Jack Ma said on Tuesday the Internet should be a utility available to the whole world, putting his weight behind a United Nations call for e-commerce to boost developing economies and help fight poverty.

Ma, who advises the UN trade and development agency United Nations Conference on Trade and Development (UNCTAD) on small business and young entrepreneurs, was the star attraction at a conference on e-commerce for development.

“Everything will be online and everything online will have data. And data will be the energy for innovation.” – Ma

UNCTAD secretary-general Mukhisa Kituyi said he and Ma would meet in Kigali in July with 10 African presidents and young entrepreneurs, aiming to persuade the politicians of their responsibility to help their young populations realize their potential.

Jack Ma, Alibaba founder and Mukhisa Kituyi, UNCTAD SG speaking at the UN for the E-Commerce week of the UNCTAD pic.twitter.com/X8uLm0sfuz

Ma said his first trip to Africa would focus on e-commerce payment to support inclusive and sustainable development, as well as education and environmental protection.

Ma, a Chinese citizen, said he would bring a big group of Chinese business leaders looking for business opportunities and partnership in Africa.

He said Alibaba Group Holding Ltd. had created 33 million jobs in China because each small business online could create at least three jobs. He met United States President Donald Trump in January and said the firm would create a million US jobs.

Argentina’s Foreign Minister Susana Malcorra said she hoped the World Trade Organization would agree to a new e-commerce mandate at a meeting in Buenos Aires in December.

Pakistan’s Commerce Minister Khurram Dastgir Khan said only half the world’s population would be online by year end – 40 percent in the developing world and 15 percent in poorer countries.

SEE ALSO: Jack Ma made a chilling prediction about the impact of the Internet on future economies

“The offline population in developing countries is mostly poor, female, elderly, less educated and in rural areas,” he said.

Issues such as data protection and taxation of crossbred online purchases must be worked out, he said, but e-commerce could be “a bulwark against the negative effects of globalisation”.

The developing world needed a voice, he said, comparing a small group of Internet giants, such as Amazon, e-Bay and Alibaba, to the veto-wielding nations of the UN Security Council. – Reuters