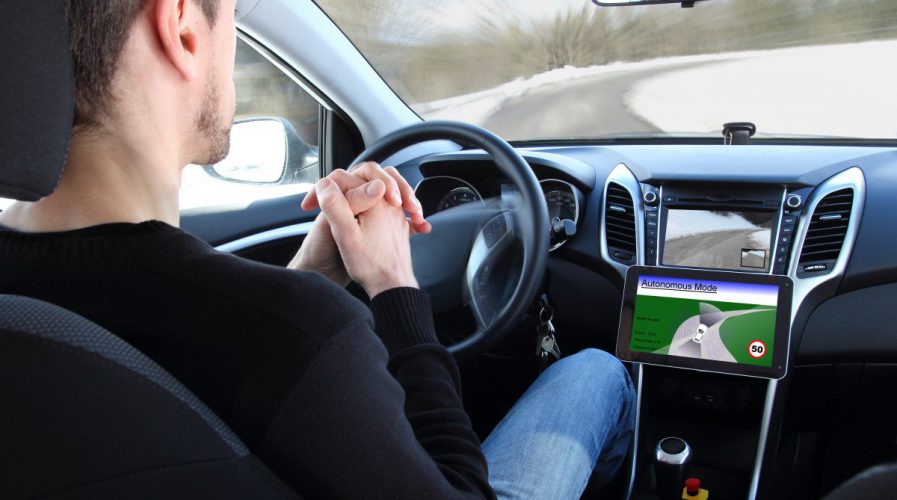 It is common practice during autonomous vehicle testing to have a driver behind the wheel to monitor the process. Source: Shutterstock

IN the world of self-driving technology development, tech companies of all stripes are getting in the game in hopes of passing road tests with flying colors.

The latest company to join the autonomous car space is none other than Apple.

As reported by Bloomberg, the Cupertino, California-based company has been cleared by the state’s Department of Motor Vehicles (DMV) to put test cars on public roads and Apple will soon be trialing its autonomous vehicle software platform out in the open. This is the first time the company has received approval to begin testing.

Plans are still private, but according to an unnamed source, software tests will begin with “existing vehicles” — which likely points to self-driving cars Apple designed years ago to compete with Google and Tesla. Despite having clearance from the DMV, Apple will be facing a lot of competition as 29 other companies have already received a permit to test in California.

Apple’s cars will have a human behind the wheel to ensure testing is on point, and according to the DMV, the permit covers three 2015 Lexus RX450h SUVs and six drivers. It is common practice during autonomous vehicle testing to have a driver behind the wheel to monitor the process.

Bloomberg also revealed Apple’s new software is being developed in “secret company offices” somewhere in Sunnyvale, California, and that it also has a Canada-based team working on a car operating system that will power the platform.

Based on a statement issued in December, when the company filed safety practice paperwork with the National Highway Traffic Safety Administration (NHTSA), Apple appeared excited to become one of the innovators making big changes to the transport space.

“There are many potential applications for these technologies, including the future of transportation, so we want to work with NHTSA to help define the best practices for the industry,” it said.


SEE ALSO: With Uber accused of industrial espionage, the heat is on in driverless tech

Apple began pivoting focus away from developing a self-driving car to more on the software side when it hired Dan Dodge to lead the project. The former head of Blackberry’s automotive software unit was also the founder and former CEO of operating system developer QNX, which Blackberry acquired in 2010.

By this fall, Apple will be announcing its direction with the new platform. Until then, look out for Apple-branded autonomous cars hitting the roads of California.