Part 2: Chip players and their outlook for 2023. Source: Reuters

China’s Tsinghua Unigroup gets $22b to lead semiconductor growth

TSINGHUA Unigroup has received a staggering CNY150 billion (US$21.8 billion) infusion of liquidity from government-linked China Development Bank and a national integrated circuit investment, in order to drum up a larger market share in the semiconductor industry.

“The agreements … will further facilitate the consolidation of China’s integrated circuit sector by joining industry and finance and will push forward the accelerated development of the industry,” the company said in a statement.

Tsinghua released a statement with details – China Development Bank will be sinking in CNY100 billion (US$14.5 billion) over the course of five years. On the other hand, China’s Integrated Circuit Industry Investment Fund will invest up to CNY50 billion (US$7.2 billion), about a third of its CNY140 billion portion.

Tsinghua Unigroup was not forthcoming, however, when it came to discussing how the money would be apportioned out. It stated, vaguely, the money would go towards improving the country’s competitiveness in the semiconductor segment.

It has been on a bit of a buying spree, as of late, with large investments being made here and there—notably, Tsinghua is investing US$30 billion into a Nanjing foundry to produce NAND flash and DRAM chips. The reveal of the Nanjing facility follows soon after plans for a facility in Wuhan (estimated to cost around US$24 billion) were announced.

It doesn’t take a stretch of the imagination to understand why the company was accused of putting in a bid for Toshiba’s prized NAN memory chip business, a move Tsinghua vehemently denies. “Tsinghua Unigroup never participated in the bid and related matters,” it said in a statement on its website.

China is pouring more money into chasing its semiconductor ambitions and hopes to achieve pole position as a manufacturer by 2030. The state-backed Tsinghua Unigroup, which has been building up the country’s chip-industry infrastructure, received a CNY150 billion (US$22 billion) in financing on Tuesday.

The number is considerable, but not especially surprising, especially when one considers the US$150 billion China is estimated to plow into its domestic semiconductor industry over the next ten years, according to a White House report from January.

The anti-globalisation sentiment that has taken the planet by the throat has been a revelation for the Middle Kingdom, whose leaders have been eager to move away from its reliance on foreign chip makers, such as American Intel and Qualcomm.

China has long coveted a prominent seat at the table as a semiconductor manufacturer and it is taking a tried and true Chinese strategy to get there – throw tons and tons of money at the problem.

The news, which was revealed on Tuesday, falls in line with rumors Tsinghua has been itching to invest and acquire US companies such as Micron Technology and Western Digital. However, those dreams are up against the considerable force of US regulators who apply stringent rules to foreign entities seeking to buy their way into the country. It’s a particularly difficult dream to realise when anti-China President Donald Trump is taken into account. 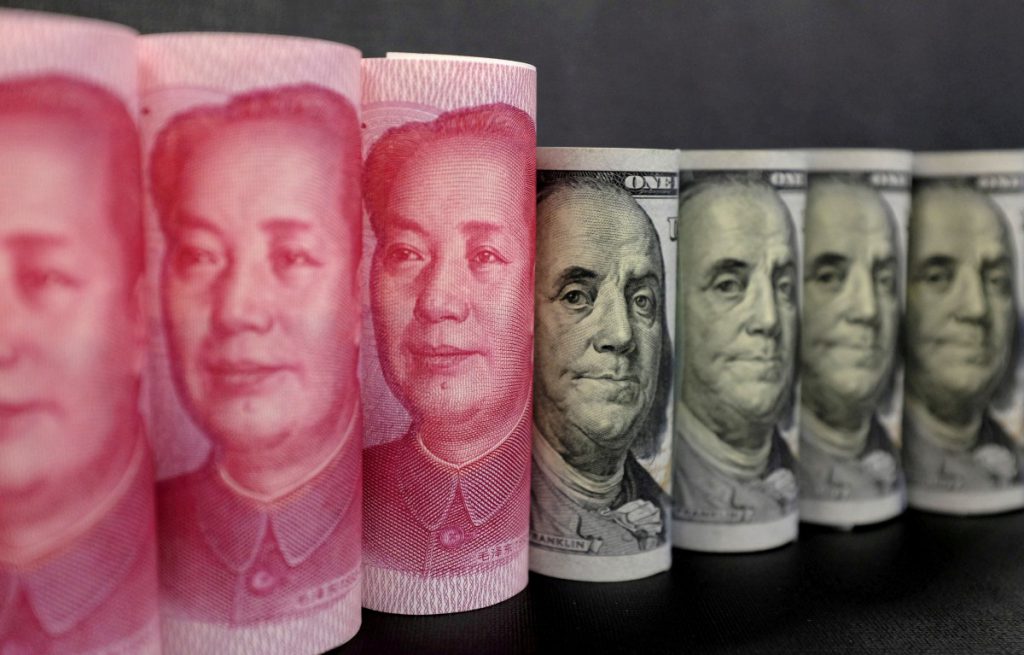 China has long been accused by foreign entities of chewing off global market shares in various industries, especially the steel market, which US politicians maintain has been flooded by Chinese steel. Their semiconductor ambitions are no less of a worry.

The January report warned China was in danger of capturing a huge share of the market, but that future seems unlikely for now. The country’s industry remains behind its Western and Japanese counterparts when it comes to semiconductor innovations, despite Tsinghua’s claims to the contrary.