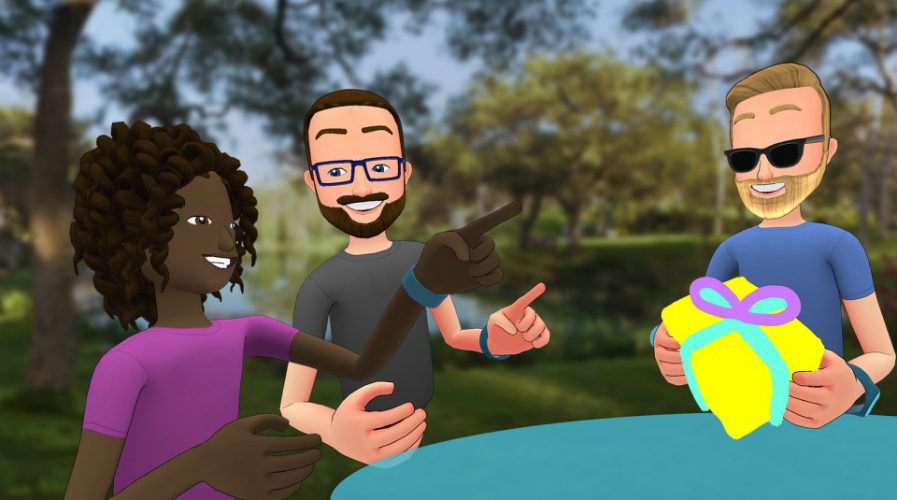 Facebook Spaces lets people ‘hang out’ together in a virtual environment without even leaving their homes. Source: Facebook Newsroom

Facebook lays out plans to develop AR tech for mobile

THREE years ago, Facebook was the unlikely new owner of virtual reality company Oculus VR. At the time, people may have wondered what a social network might want with VR and augmented reality (AR) technology. Today, however, the applications are clear as day.

As reported by Bloomberg, CEO Mark Zuckerberg recently shared his augmented reality (AR) strategy by “saying the social network will use smartphone cameras to overlay virtual items on the real world.” This differs from the commonly held industry belief AR technology will be successfully deployed through smart glasses.

Facebook also just introduced its new VR app, Facebook Spaces, which lets people hang out with one another in a “fun, interactive virtual environment as if you were in the same room”. The app is being launched in beta and can be downloaded from the Oculus Store.

During his keynote speech at the company’s developer conference F8, Zuckerberg said people would be able to do cool things like use their phones to play virtual games on coffee tables, overlay stats on an exercise video and leave virtual notes on the fridge. Bloomberg notes it will be an “evolution” of the selfie filter technology Snapchat had once pioneered.

“Even if we were a little slow to add cameras to all our apps, I’m confident we’re going to push this AR platform forward. As silly as these effects might seem, they’re actually really important and meaningful because they allow us to share what’s important to us on a daily basis,” Zuckerberg said.

Considering how aggressive Facebook has been in cloning Snapchat features, by adding selfie filters and the “Stories” format across its apps – this latest announcement may be a part of the social network’s continued takedown strategy of the popular photo app.

While Facebook’s 2014 US$2 billion buyout of Oculus was an early step into the space, the VR/AR field is now getting crowded with the likes of Microsoft, Google and Apple all getting into the game. Last month, we reported Apple is currently undergoing testing for a pair of iPhone-connected digital glasses which may use AR technology.

Just like the global race to win the artificial intelligence and autonomous vehicle game, AR is another area all the tech greats are scrambling to compete in.

According to researcher Global Market Insights, the worldwide opportunity for AR products is expected to skyrocket 80 percent by 2024 to reach US$165 billion. Lucrative indeed.