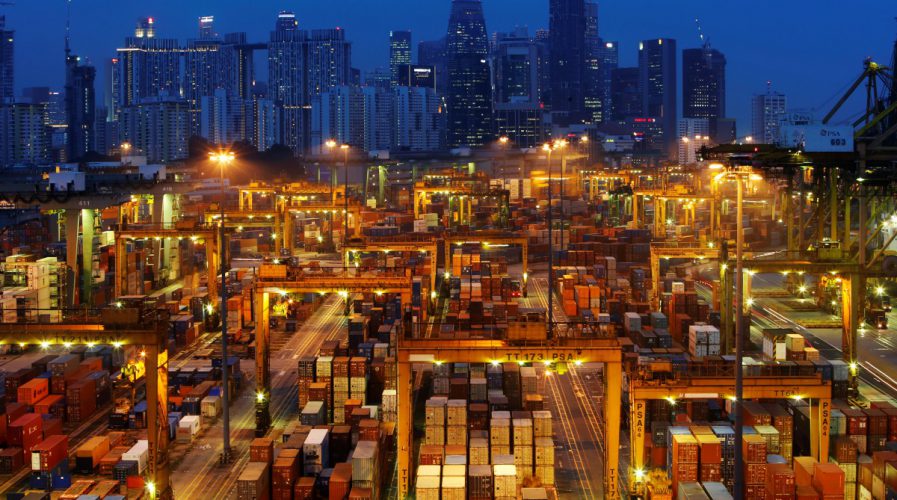 The skyline of Singapore’s central business district is seen at dusk. The country is considered the center of business for companies that want to expand into the rest of Southeast Asia. Source: Reuters

GENERAL Electric (GE), the multinational conglomerate from the United States, has opened up the Asia Digital Operations Centre in The Metropolis building in Singapore.

The facility – first of its kind in Asia Pacific – will be a high-tech support center servicing the region. The company, which has subsidiaries in many sectors including transportation, healthcare and energy, is hoping to break into the market and establish a firm presence there.

The center will provide round-the-clock service, giving backend support to GE’s operations in the region, including the group’s global IT services. It will also feed into GE’s greater strategy to transform its IT delivery systems worldwide.

It’s not unusual for large MNCs to expand their operations in Singapore, as the country is considered the center of business for companies that want to expand into the rest of Southeast Asia. The country offers generous tax exemptions and various government support networks to entice the entry of foreign investment in the country, particularly those in the tech sector.

GE had taken advantage of Singapore’s position as a market leader in Southeast Asia since 1969, when they set up shop in the Jurong Industrial Estate. Currently, they have 4,000 staff members working in the city-state in various industries.

The center opened last Wednesday, and while operations are still small – the goal is to get staff numbers up to around 60 people – GE said the number of software jobs available could grow threefold over the next five years. They plan to hire engineers in a range of departments, such as network, security, enterprise applications and reliability as well as technical product managers.

Singapore’s Economic Development Board chairman Dr Beh Swan Gin says, “It should be no surprise a key economic development priority for Singapore is to work with companies to pursue the opportunities in Asia, to address the needs of customers in Asia.”

Previously, GE had announced it would be entering into a partnership with Singapore’s main grid operator, SP Group, to lend their expertise in energy distribution to increase the reliability of the country’s electricity grid, and to help grow the country’s Internet of Things (IoT) capabilities.

To carry out those purposes, GE and SP Group will work towards collating experts from both sides into a team whose main goal is to develop big data tools and artificial intelligence tools that can be integrated into the performance of energy grids and smart homes. The hope is that such technology can improve asset performance and drastically reduce unplanned downtime in network operations. This would save consumers a lot in terms of time and money.

Dr Beh said GE’s collaboration with local partners would help the tech community manage the growing opportunities in Industrial IoT in Asia. He said the group’s new center would provide Singaporeans with “many exciting opportunities and rewarding careers in the digital industrial economy”.

Other companies that will benefit from a close working relationship with GE are Spring Singapore— who was tapped to work with the conglomerate on the development of a technology startup incubation programme – and Platform E, the Singapore Institute of Management’s entrepreneurship center. The latter will take over operations and support of co-working spaces for Industrial Internet entrepreneurs from all over the region.

“The Industrial Internet represents a multibillion-dollar opportunity for the industry,” said GE chairman and chief executive Jeff Immelt regarding their planned partnerships. “We look forward to working with our partners in Singapore to build a digital ecosystem and support entrepreneurship in the country.”