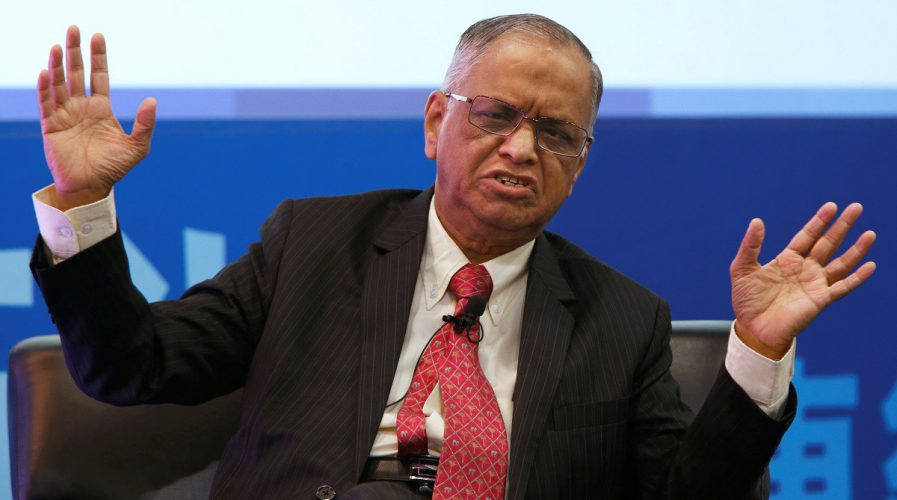 THE dispute between the founders and the board of India’s second largest software services company Infosys Ltd over governance issues spilt into public view again as founder N.R. Narayana Murthy criticized a salary hike given to chief operating officer Pravin Rao.

In a letter released to media, Murthy criticized the steep rise in Rao’s salary.

“Giving nearly 60 percent to 70 percent increase in compensation for a top-level person (even including performance-based variable pay) when the compensation for most of the employees in the company was increased by just six percent to eight percent is, in my opinion, not proper. This is grossly unfair to the majority of the Infosys employees…,” Murthy said in the letter.

“The impact of such a decision will likely erode the trust and faith of the employees in the management and the board.”

Infosys declined to comment on Murthy’s letter when contacted by Reuters.

According to a stock exchange filing by the company, only 24 percent of promoter shares voted on a resolution seeking a 35 percent rise in Rao’s compensation, and they all voted for the resolution.

The company had sought to reassure investors and analysts in February it was not being distracted by the dispute with its founders over how the company was being managed.

The company’s founders still own 12.75 percent of Infosys. Led by Murthy, they had earlier questioned the pay rise granted to chief executive Vishal Sikka and also the size of severance payouts given to others, including former finance head Rajiv Bansal. – Reuters