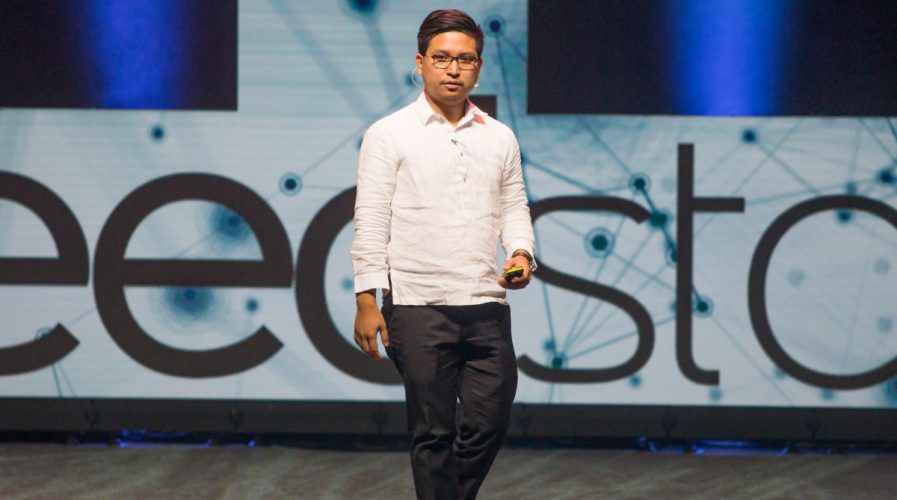 PHILIPPINES-based fintech startup Acudeen Technologies routed 14 other competitors in the recent Seedstars World 2017 competition to bag a US$500,000 grand prize. The competition brought together 14 startups from 65 different countries who embark on a pitching contest to convince judges why their company deserves to win.

Led by chief executive Magellan Fetalino III, Acudeen impressed judges with their smart approach to tackling the capital problems faced by startups. In a statement, competition organizers Seedstars Group said they crowned Acudeen because of their innovative approach to helping startups obtain capital that they would have otherwise been denied at banks.

Through Acudeen, startups and SMEs can turn invoices into working capital by discounting their receivables. In an interview with Forbes, Fetalino noted the problem they continued to encounter amongst SMEs was the failure of businesses to manage daily operations costs despite racking up significant business and customer bases.

“We would get up to US$500,000 worth of projects per year, [which is] big for a Philippines company,” Fetalino said. “But … there were times when we couldn’t pay wages, we couldn’t pay our suppliers, and it’s because 80 percent of our books are receivables, unpaid collectibles.

“During one of the worst periods, I had to sleep in the office for three months because I could no longer pay my rent. I had to sacrifice my salary so we could allot the money for employees.”

Loans are hard to obtain in the Philippines because the law stipulates businesses must meet an operating threshold of three years before they can apply for financing, and even then they must achieve certain liquidity standards. Given most Filipino businesses are SMEs, Fetalino felt there was a chronic issue here he could solve.

Rather than just create a financing source for SMEs, Fetalino’s company turned itself into a middleman that helped businesses settle payments with their suppliers immediately. Later, the corporations fulfill their invoices to Acudeen, which then repays the bank (Rizal Microbank) who provides the capital needed in the first place.

It’s easy to see why Fetalino’s company won – rather than provide capital to SMEs, which would have created financing problems for Acudeen, the company attacked the invoicing process instead, and tries to change systemic failures. In doing so, it reduces fraudulent billing and administrative costs, while also being software agnostic.

The competition, held in Lausanne, Switzerland, has done two things for Acudeen – firstly, it has validated the company’s business as a model for startups in other countries. It’s not an immediately obvious solution to invoicing problems, but it could prove to be a game-changer for cash-strapped Filipino SMEs.

Secondly, the US$500,000 investment prize is a financial lifeline for the company so it can focus on expanding nationally and within Southeast Asia, where capital is scarce enough as it is.

“[Investments] will be ployed back to the business. SMEs don’t know what factoring is,” Fetalino said to Deal Street Asia. “We will do a nationwide campaign on the matter.”

The Seedstars World competition is held in multiple regions in the world every year. It is targeted at startups in emerging markets. Aside from Acudeen, the 14 other companies that made it to the final round include Sri Lankan education startup LayUp, an air-quality sensor maker from Singapore called uHoo, and a spectroscopy technology startup from South Korea, PiQuant.