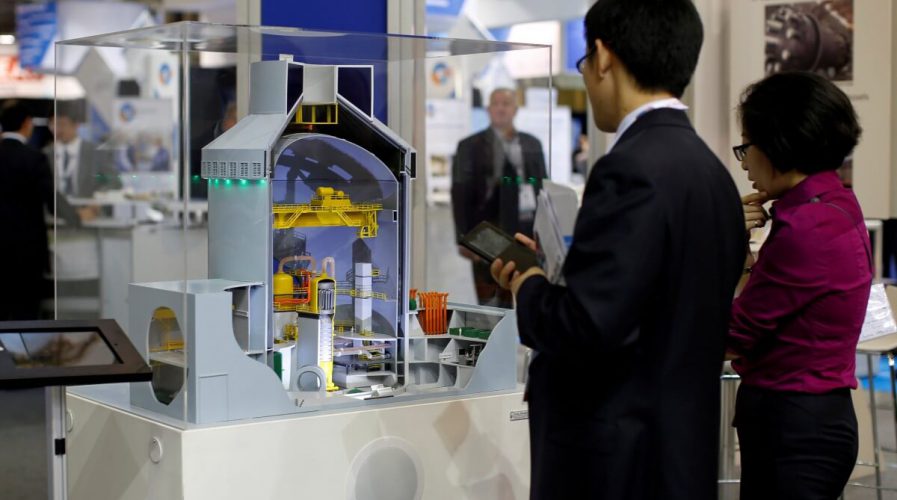 US, Japan in talks to prevent China acquiring Westinghouse – US official

THE Trump administration and the Japanese government are in discussions to ensure the bankruptcy of Toshiba Corp’s US unit Westinghouse Electric Co does not lead to US technology secrets and infrastructure falling into Chinese hands, a US official said on Thursday.

Westinghouse, which filed for bankruptcy last month, was hit by billions of dollars of cost overruns at four nuclear reactors under construction in the US Southeast.

The bankruptcy is likely to lead to the eventual sale of Westinghouse’s nuclear business and Chinese interests have been seen as possible buyers, given the chance.

“It’s a real concern- they’ve wanted to get their hands on power grid and nuclear infrastructure for a long time,” an official in the US administration told Reuters as China’s President Xi Jinping arrived in the United States on Thursday for the first summit with US President Donald Trump.

“You go into a situation like the Toshiba situation, where there’s financial chaos. There’s a chance things can happen in a way that’s dangerous.”

Some nuclear technologies have dual use, meaning they can be used for civilian and military purposes.

The official, who spoke on condition of anonymity, said conversations were going on between the US and Japanese governments “on ways to mitigate a potential sale.”

“There are ways that are being looked at, both formally and informally, to make sure there is no threat to critical infrastructure,” the official said.

Japan’s Trade Minister Hiroshige Seko denied the Japanese and US governments were in talks about the situation surrounding Westinghouse, telling a regular news conference in Tokyo they were “not discussing it at all.”

Finance Minister Taro Aso told a separate briefing his planned meeting with US Vice-President Mike Pence this month in Japan was not expected to touch on Toshiba.

An inter-agency body of the US government known as the Committee on Foreign Investment in the United States (CFIUS) and its Japanese equivalent review the national security implications of foreign investments in firms.

Like Japan, South Korea is a security ally of the US, while China is a fast-growing strategic rival. – Reuters