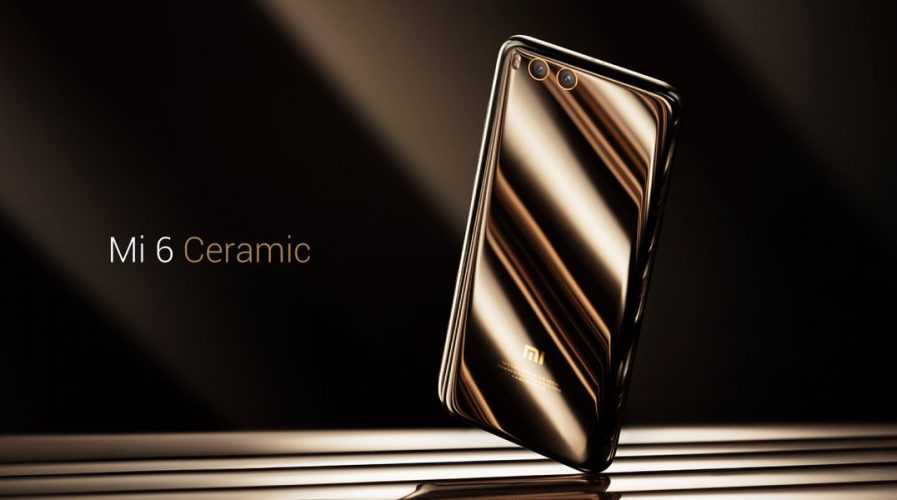 The ceramic editions, alongside the entry phones, are priced higher than the company’s usual flagship prices. Source: Xiaomi

XIAOMI recently unveiled its new flagship phone, the Mi 6, at a launch event in Beijing and it appears to be following Apple’s lead by also killing off the headphone jack. This comes after the Chinese company said it would rather be compared to American warehouse retailer Costco than Apple – although it’s not hard to see why most comparisons put it side by side with the latter.

As reported by TechCrunch, Xiaomi is really hedging its bets with the release following last year’s sales slump. All three models, two entry phones and ceramic editions, are priced higher than the company’s usual flagship prices – which could be a sign Xiaomi is trying to play catch up.

With a uniform alignment for features on its sides, Mi 6's design looks clean and simple. pic.twitter.com/JvlNk72wXN

Mi 6 also comes with dual speakers, which gives you a more immersive experience when you're watching videos! pic.twitter.com/futKeLBpUU

Besides losing the 3.5mm jack, there are also other similarities between the Mi 6 and the iPhone 7 – both phones sport a 12-megapixel dual rear camera with wide-angle and telephoto lens.

Like the iPhone, the Mi 6 also allows users to dabble in “bokeh”, an out-of-focus, blurry aesthetic photography feature. TechCrunch notes the device has an “under-glass fingerprint sensor,” also seen in the Mi5s Plus and to this point – leaks around the Internet claim Apple is planning that very feature for its upcoming iPhone.

Xiaomi is really upping its game with the Mi 6, offering 6GB of RAM which is the most the company has offered so far. The phone also features a 3350 mAh battery, which – to put into perspective – is 450 mAh more than the iPhone 7 Plus.

The Chinese company really needs a win, after facing fierce competition from the likes of Huawei, Vivo, and Oppo in its home market. It has made up decent ground in the Indian market, while dropping 38.4 percent in smartphone shipments in China last year.

Xiaomi isn’t the only smartphone maker banking on its new flagship device for redemption, as Samsung’s Galaxy S8, which received early rave reviews, is seen as the savior for a company that has had a very rough year.

Xiaomi Mi 6 looks sexy. Really, the only Android I'd recommend is Xiaomi and OnePlus. The rest are just junk and littered with bloatware.

The fact the Mi 6 has no headphone jack seems to be going over well with the public – a far cry from the shock and horror people expressed when they found out Apple had done away with the headphone jack on its iPhone 7 last year.