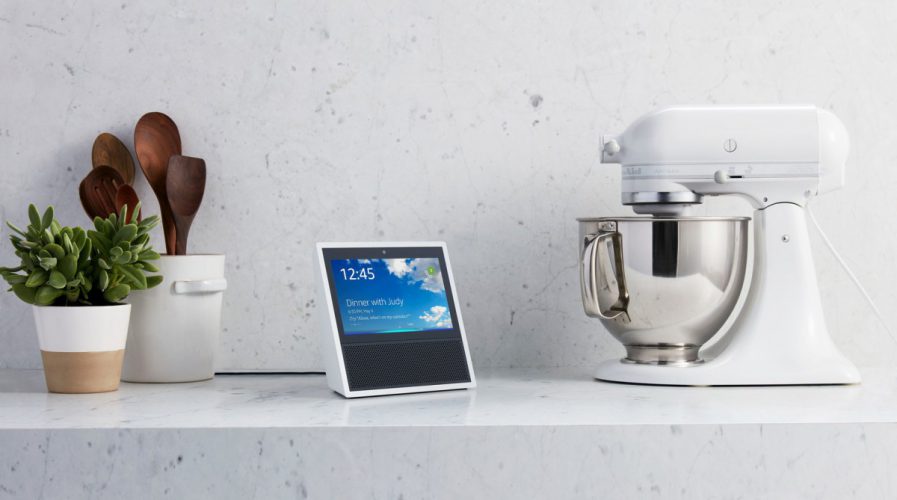 AMAZON.com Inc. launched Echo Show, a touchscreen device that will allow users to video call and watch clips from CNN, the latest in the company’s series of popular Echo voice-controlled speakers.

The device, which will go on sale in June for about US$230, will feature Alexa, Amazon’s voice-controlled aide, which can be used to play music, order an Uber or switch on the house lights.

It is not practical in Japan but it is a dream. Introducing Echo Show https://t.co/x4SIioT46Y @YouTube

Echo Show will allow video conferencing between users having an Echo device or the Alexa app. It is the first to support the feature, which is absent in similar devices offered by rivals such as Alphabet Inc’s unit Google.

“Putting a semi-permanent ambient device in the home that can make and receive video calls is an interesting evolution which should prove compelling,” said Jackdaw Research analyst Jan Dawson.

Tuesday’s launch of the Echo Show is Amazon’s latest effort to make Alexa a key part of its customers’ lives and dominate the nascent voice-powered computing market. Echo Show will come right after Amazon had already unveiled a fashion tech app, the Echo Look, which uses a voice-controlled camera to help users decide on daily outfits and shop online. The variance in their Echo devices will eventually claim 70.6 percent of the US market share in virtual assistants, far and beyond Google Home’s 23.8 percent.

“What we’re seeing is Amazon using its smart original foray into and early dominance of this space as a beachhead to spread into lots of other areas,” Dawson said.

It’s not surprising that Amazon is besting Google’s margins by such large numbers; the company is leveraging on its skill with big data technologies that aggregate rivals’ websites while simultaneously adjusting their own listings.

Reuters reported that Wal-Mart Stores Inc. had previously made use of similar programs—called bots or robots—in order to check Amazon.com several million times a day, but were unceremoniously kicked out by Amazon’s blockade.

Amazon’s technological prowess has propelled the company to retail glory, turning the brand into a global household name that caused flutters of excitement when rumors of a Singaporean move circulated a few months back. Ultimately, the company delayed their arrival, but it was clear the thirst for Amazon’s presence in the region is present.

Amazon might be well known for its efficient delivery system, comprehensive inventories of all kinds of goods as well as its non-retail efforts (the company’s content studio was the recipient of 12 Emmy awards, as well as two Oscars this year), but the true pearl of the company’s success has been its big data operation and the dexterity with which the company wields these two factors to make big gains.

Dexterity with bots allows Amazon to not only see what its rivals are doing, but increasingly to keep them in the dark when it undercuts them on price or is quietly charging more. 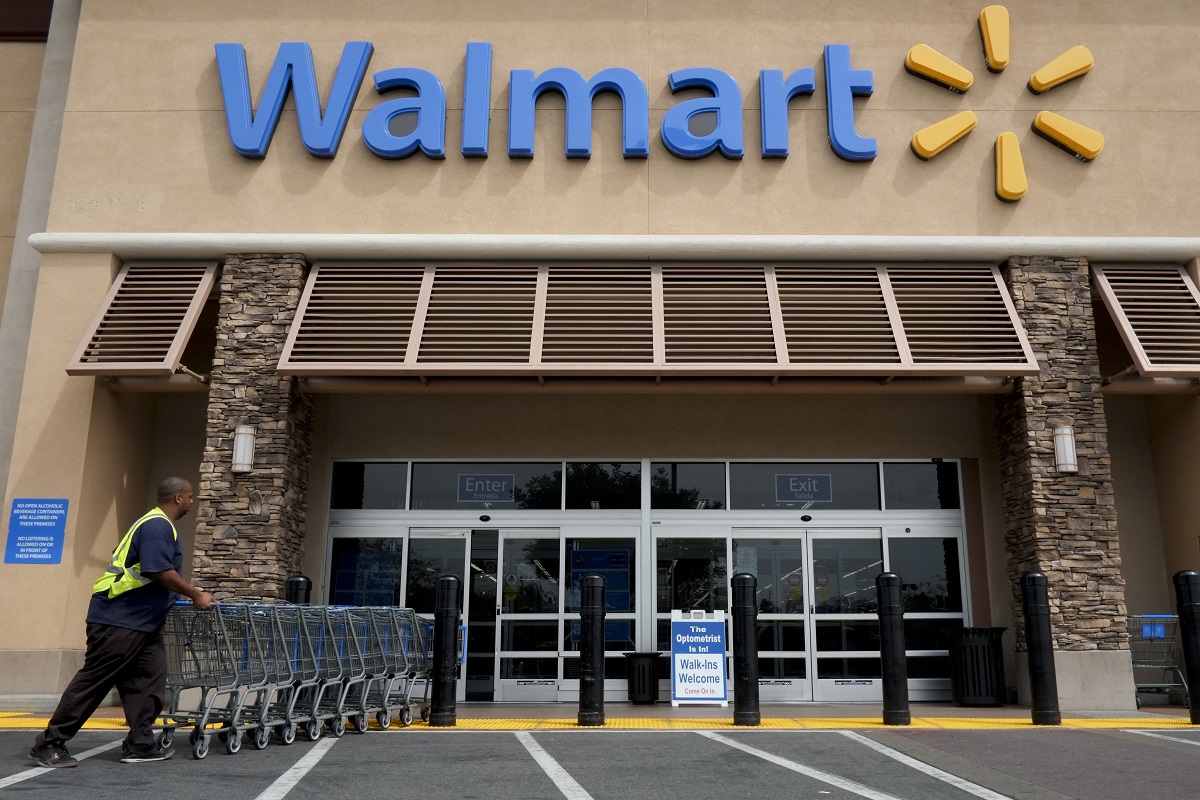 A worker pushes shopping carts in front of a Wal-Mart store. Wal-Mart got kicked out of Amazon’s websites, preventing them from competing with Amazon’s listings. Pic: AP

A Wal-Mart spokesman declined to discuss the January episode but said the company improves its technology regularly and has multiple tools for tracking items. He said the company offers value not only through pricing but from discounts for in-store pickup and other benefits.

A spokeswoman for Amazon said the company is aware of competitors using bots to check its listings and denied any “campaign” to stop them.

“Nothing has changed recently in how we manage bots on our site,” she said. Still, she said, “we prioritize humans over bots as needed.”

Bots can slow down a website, a big motivator for retailers to block them. Many people point to Amazon’s skill with bots as the secret to their success, which is unsurprising considering the fact that Amazon helped pioneer the technology more than a decade ago.

The company’s development of the technology and its deep integration in the networks on which it runs has helped them update prices easily through the use of detailed algorithms that consider inventory levels, sales forecasts and data gleaned through sweeps of rivals’ websites. Lagging behind even a little could cost a company as much as 50 percent of its margins; online wholesaler Boxed, for example, does not let their prices stagnate for longer than 20 minutes.

Bots “crawl” or “scrape” public websites in order to collect large amounts of data, much in the way Google’s search software has learned to gather search results to sell ads and track customer movements.

It’s become something of a war in the e-commerce sphere—competitors frequently pick on each others’ sites, while scrambling to protect their own. Some make use of a technology called “CAPTCHA”, which uses distorted photos of words or numbers that can weed out the humans from the robots.

“It is an arms race,” said Keith Anderson, a senior vice president at e-commerce analytics firm Profitero, based in Ireland. “Every week or every month, there’s some new approach from both sides.”

Amazon has not been able to fend off everyone though; at times, as many as 80 percent of the clicks on Amazon product listings have been from bots, people familiar with the matter say, compared with just a third or more of the traffic on other large sites.

To fight its competitors, Amazon has hired 40 engineers who would covertly extract and organize rivals’ data with bots as of several years ago, one of the people interviewed said. They are also working on patented encryption technology that would single out bots and force them to solve complicated algorithms before gaining access to any information. 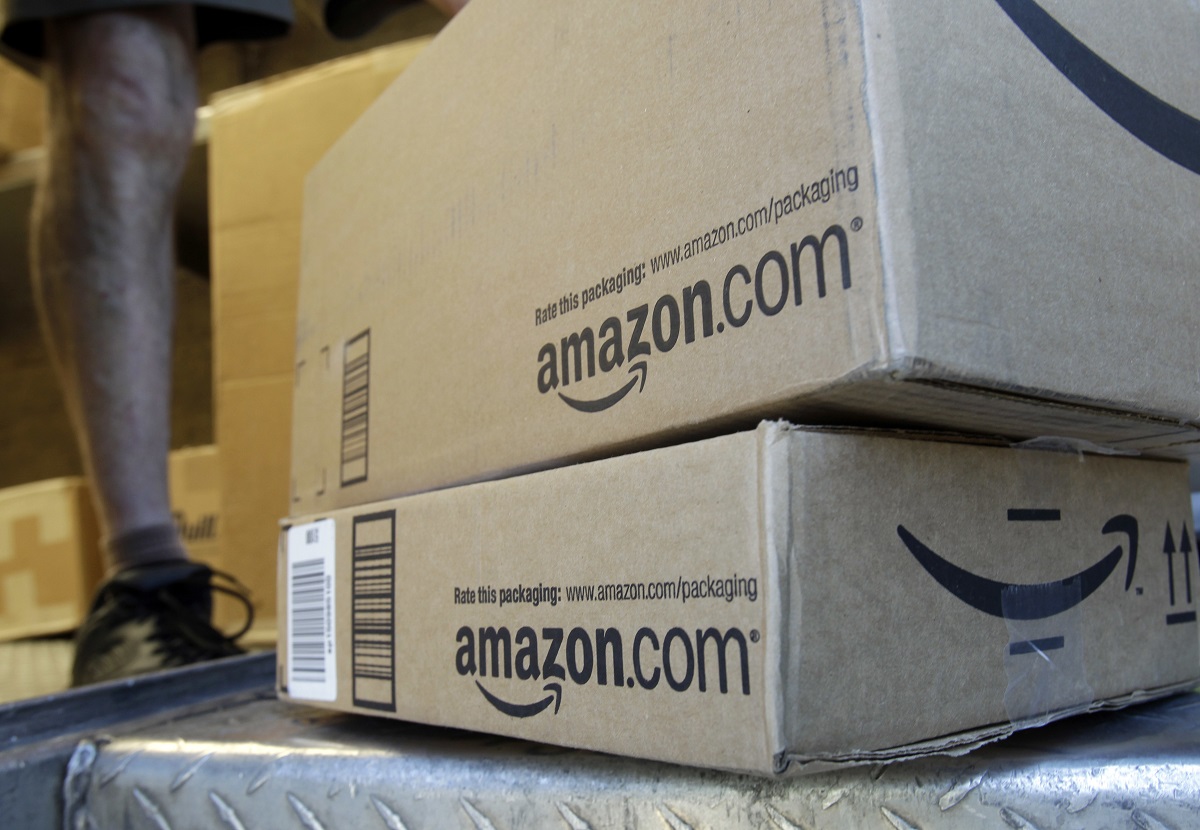 Evidently, Amazon is taking its battle to e-commerce supremacy extremely serious, and that’s perfectly exemplified in its other venture to gain dominance in the market. The company announced it would be lowering its free shipping threshold to US$25 from US$35, to further undercut Wal-Mart.

The new minimum shows Amazon competing for shoppers who don’t pay $99-a-year for Amazon Prime, which includes free two-day shipping on millions of items as well as access to music and video. These customers are the Seattle-based company’s most loyal shoppers. Amazon will make non-Prime shoppers wait five to eight business days for free shipping on more than 50 million items.

The company’s technological edge has been good for its profit margin, and it’s proving a winning formula for investors. Amazon hit $100 billion in annual sales in 2015 – faster than any company in history, it said. But it’s Amazon’s savvyness with all aspects of the competition—from its logistical framework, to its products, and to its bot technologies—that has really turned it into the tech titan it is today.