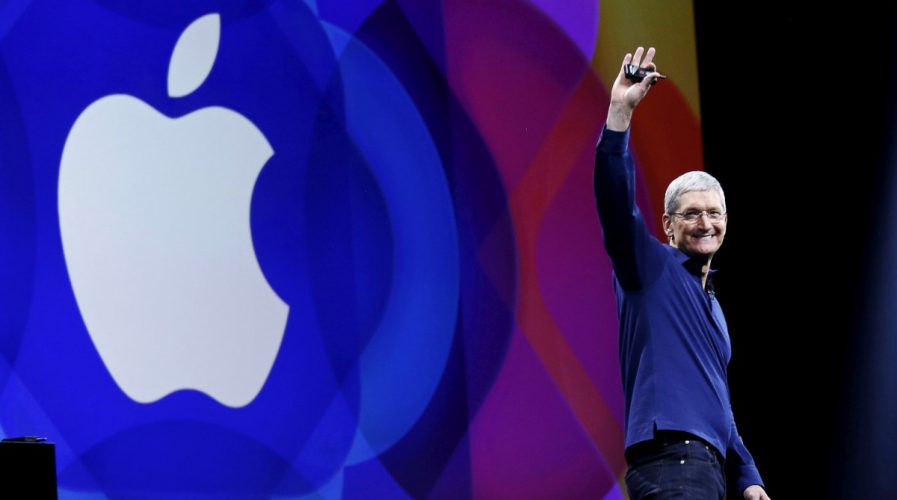 Apple CEO Tim Cook waves as he arrives on stage to deliver his keynote address at the Worldwide Developers Conference in San Francisco, California. Source: Reuters

As sales of its iPhones slip in a fiercely competitive market, the American company is seeing stronger growth in its services business – from lucrative app sales to iTunes and digital payments.

Driving this growth are online games available through its China App Store, such as current hits King of Glory, “Fantasy Westward Journey” and “Nest of Dragons”.

These apps are taking on increasing significance as Apple looks to revive growth ahead of the 10-year anniversary of its first iPhone later this year.

China drove around half the revenue growth for Apple’s App Store last year.

Apple posted a surprise dip in iPhone sales in the first quarter, and revenue from Greater China dropped for a fifth straight quarter, by 14.1 percent. The iPhone has lost market share in China under competition from local rivals Oppo, Vivo and Huawei. It ranks fourth with around 10 percent.

Services, however, were a bright spot.

“We had extremely strong services growth during the quarter in China,” CEO Tim Cook told analysts after the results were announced on Tuesday, adding the segment posted “double digit” growth.

Revenue from Apple’s China App Store was more last year than that of China’s other app stores combined, according to app analytics firm App Annie. Apple takes a cut of all spending on or within apps via its store.

“Most students will spend a few hundred to a few thousand (yuan) on games a year,” said a 22-year-old Beijing university student surnamed Ning, who says the iOS (Apple’s operating system) experience feels more genuine than rivals in China.

Apple’s China App Store, which draws some 75 percent of its revenue from games including top-grossing titles like “Clash of Clans”, raked in $2 billion in the last quarter of 2016, and is seen globally as one of the company’s fastest-growing areas. 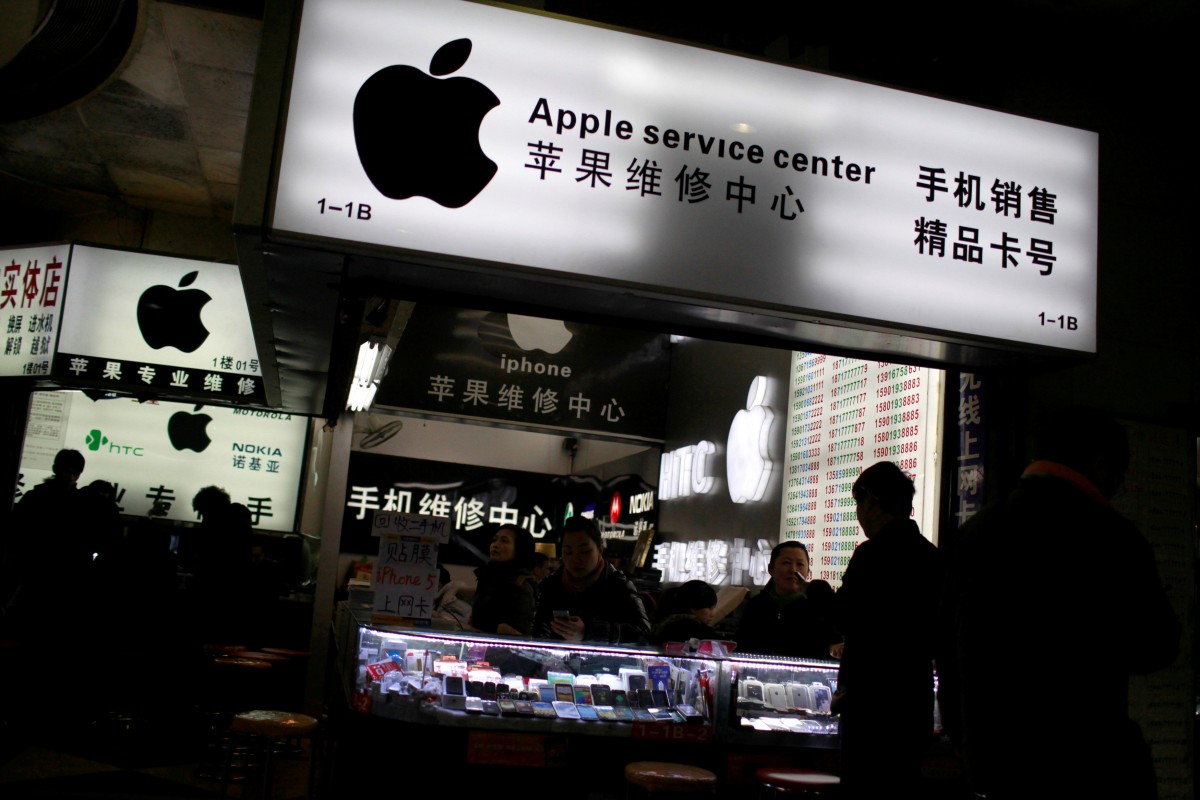 Customers and sales persons are seen at an Apple maintenance service store at a mobile phone market in Shanghai. Source: Reuters

China is tightening regulation of cyberspace, including online media, live streaming and gaming. On Tuesday, tighter rules were put in place for online news portals and network providers, the latest step in President Xi Jinping’s push to secure the Internet and maintain strict Communist Party control over content.

“You never know what will change in the next year,” said Tarun Pathak, director of research firm Counterpoint, referring to the uncertain regulatory environment for new online media.

Beijing has ushered in a string of rules in the past year, raising scrutiny on Apple’s services business, and has created new barriers for developers entering the market.

In April last year, Apple pulled its iBooks and Movies from China just weeks after they went live, citing regulations. Earlier this year, it also removed the New York Times app from its China App Store after a request from the authorities. 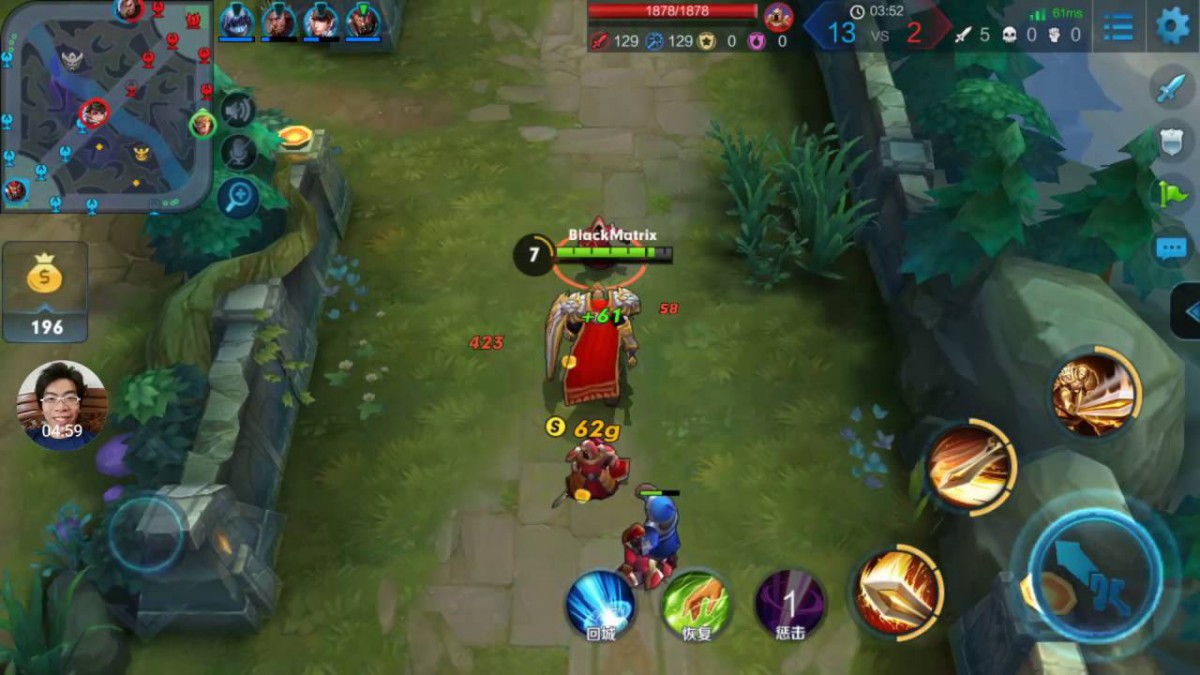 “King of Glory”, “Fantasy Westward Journey” and “Nest of Dragons” have driven large sources of revenue for not only their makers but Apple. Source: Youtube

Last month, Beijing’s cyber authority said it would call on Apple to answer violations it made in hosting live-streaming apps banned by the government.

And the same Chinese smartphone makers who have chipped away at iPhone sales could also increase competition in services.

“We can expect [Oppo, Huawei and Vivo] also to go very, very aggressively into the services sector in the coming years which could affect Apple,” said Counterpoint’s Pathak.

To stay ahead, Apple has made significant strides in courting developers by slashing approval times for apps entering the store, and allowing developers to increasingly integrate apps with local services including social media.

“Apple in China is just better organized (now),” said Thomas Meyer, Shanghai-based co-founder of mobile development firm Mobile Now. “We (now) get support from iOS to integrate important China APIs (Application Programming Interfaces) like social networks… That’s something in the early days we couldn’t even hope for, it would take months to figure out.”

Yet Apple’s services business is still tied to iPhone sales.

For App Store users, compelling features in the next iPhone, expected to be launched in September, could make or break the relationship. Consumers like Wang Chunting illustrate the balancing act Apple faces between iPhone sales and services.

The 23-year-old Beijing animator spent around 600 yuan ($87) this year on “Onmyoji”, a popular Chinese role-playing game, and says the lure of iOS games was previously enough for her to buy an iPhone – but she doesn’t expect to upgrade to this year’s new phone.

“The iOS gaming experience is better and there’s less blatant pirating than (on rival operating system) Android,… but the price of the iPhone is just too high, it’s just not worth it.” – Reuters