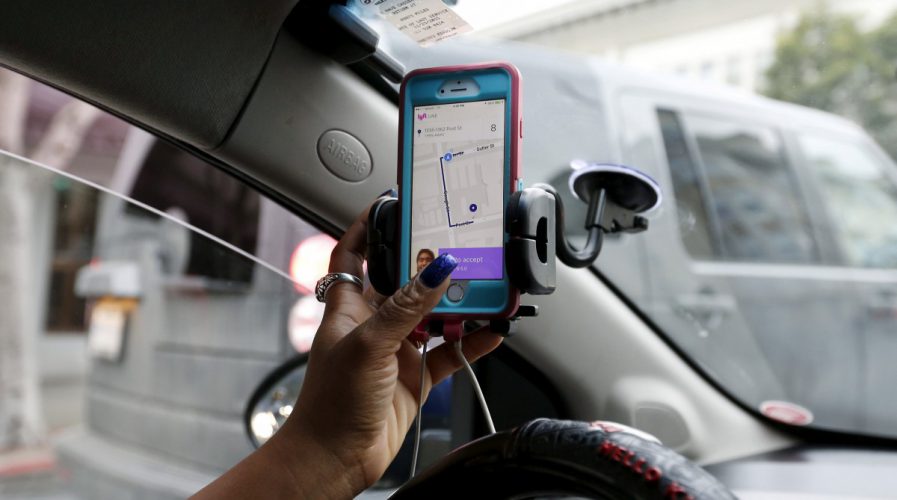 A Lyft driver in San Francisco responds to a ride request on her smartphone. Source: Reuters/Stephen Lam

THE global self-driving car race has spawned many interesting developments, the latest being a partnership between two major players.

As reported by the New York Times, Google’s self-driving car unit Waymo and ride-hailing startup Lyft have joined forces to bring autonomous vehicle tech to market. The deal will bring the two companies together on both “pilot projects and product development efforts”, according to unnamed sources familiar with the matter.

“Waymo holds today’s best self-driving technology and collaborating with them will accelerate our shared vision of improving lives with the world’s best transportation,” said a Lyft spokesman in a statement.

The alliance may be seen as a thorn in Uber’s side. While Lyft is considered a “bitter rival”, Waymo is currently suing Uber for allegedly stealing its self-driving car trade secrets. This is not the first time companies have joined hands against Uber, as a group of ride-hailing companies, including Lyft, Grab, Didi, and Ola, had banded together in an anti-Uber alliance back in 2015.

While it’s unclear what products will emerge from the partnership, the New York Times notes this can be deduced from the deals the two companies have closed recently. While Lyft has done deals with the likes of General Motors to reach its goal of matching users and drivers with transport industry partners, Waymo is working with auto companies such as Fiat Chrysler to put its self-driving technology into test cars.

While Google was the first to pilot self-driving car technology, it swiftly fell behind as tech companies of all stripes such as nuTonomy, Uber, Didi, and Baidu all began moving into the testing phase. It’s now back in the game, after eight years of careful research and the partnership with Lyft shows it’s finally ready to bring the fruits of its labor to market.

Waymo’s vehicles have so far been tested on both open roads and closed tracks in Arizona, California, Texas and Washington and have logged over three million miles of real-world testing.

In the case of self-driving cars, who will win the race? Will it be the overly-cautious Google with almost a decade of experience under its belt or the fearless newcomers?